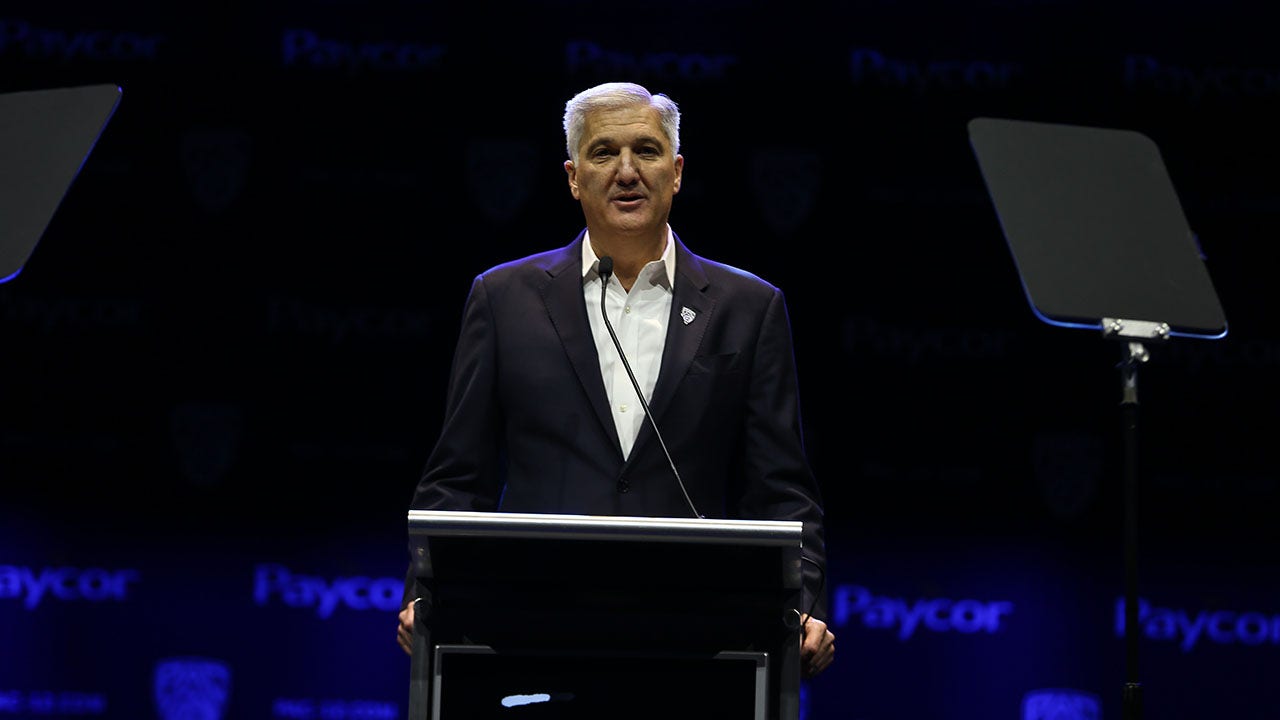 The upcoming move from the Pac-12 to the Big Ten conference for both UCLA and USC does not have much support, according to Pac-12 commissioner George Kliavkoff.

At Pac-12 basketball media day, Kliavkoff said that he has spoken to more than 100 people associated with the two schools, and none of them were in favor of the move to the Big Ten.

A general view of the PAC-12 logo at midfield before the PAC-12 Football Championship football game between the Oregon Ducks and the Utah Utes at Allegiant Stadium on Dec. 3, 2021 in Las Vegas.
(Photo by Alika Jenner/Getty Images)

“I have yet to talk to anyone in the UCLA and USC community who’s in favor of the move,” Kliavkoff said Wednesday, according to the LA Times. “I will say that I probably hear from folks who are not in favor, not surprisingly.”

The move for both schools is scheduled for 2024, though UCLA’s departure from the Pac-12 is cloudier than USC’s.

In September, Kliavkoff sent a letter to University of California system regents alleging that the move would impact UCLA financially.

The UCLA Bruins mascot performs during the second half against the St. Mary’s Gaels in the second round of the 2022 NCAA Men’s Basketball Tournament at Moda Center on March 19, 2022 in Portland, Oregon.
(Ezra Shaw/Getty Images)

He reiterated his feelings on the topic on Wednesday.

“We believe between the travel and the coaches’ salaries and some of the other expenses you incur when you join the Big Ten,” Kliavkoff said, “the small delta in the media rights deal [between the Pac-12 and the Big Ten] will be more than offset. We stand by those numbers.”

In August, the Los Angeles Times reported that there may be a way for the UC regents to block UCLA’s departure from the Pac-12.

“All options are on the table,” regent John Perez said after an August regents’ meeting, according to the LA Times.

“All options are on the table,” Perez repeated, “up to and including that. … We’re going to look at what all the different options look like and then the board will assert itself in terms of what its desired outcome is.”