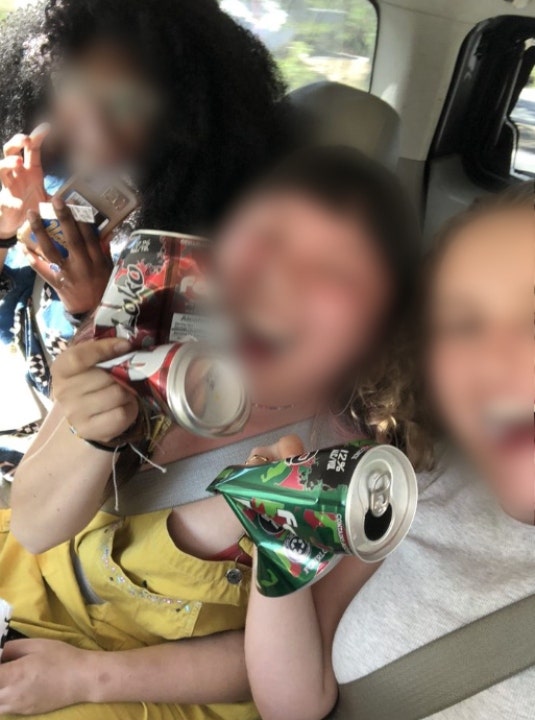 Two University of California students, who were hired to work as counselors for a summer camp for UCLA alumni, are now suing Bruin Camp after they were allegedly subjected to violent hazing and abuse.

Samea Derrick, 19, and Lydia Dixon, 20, were two of some 53 UCLA student counselors, including about 30 new counselors and 20 returning counselors, hired to work at Bruin Woods over the summer, but they left after a week of what they describe as “intolerable living conditions” and abuse disguised as decades-old traditions.

“We know there are more victims, but many fear speaking out or turning against other staffers because of a pervasive culture of secrecy,” Scott Carr, an attorney for the plaintiffs with the Los Angeles Law firm Greene Broillet & Wheeler, LLP, told Fox News Digital in a statement. “We’ve filed this lawsuit to expose the dangerous and damaging behavior at Bruin Woods and to hold the UC Regents accountable for allowing it to fester for decades.”

UCLA said in a statement that “sexual violence, sexual harrassment and hazing of any kind is reprehensible and intolerable.”

Samea Derrick, 19, and Lydia Dixon, 20, left UCLA’s Bruin Camp after a week of what they describe as “intolerable living conditions” and abuse disguised as decades-old traditions.
(Greene, Broillet & Wheeler, LLP)

“When we learned of the alleged incidents earlier this year, they were referred to our Title IX Office and are being handled according to university policies and procedures,” the school said. “We’re not able to comment further on the details of these matters because we want to protect the privacy of those involved. Our top priority is the well-being of our students, staff and families, and we have robust policies in place to review all claims of misconduct.”

Bruin Woods was founded in 1985 as a retreat for UCLA alumni and their families and hires about 50 current UCLA students each year to work as boat drivers, lifeguards, age group counselors, outdoor activities instructors, arts and crafts instructors and so on.

Samea Derrick photographed at Camp Bruin with another counselor who was not part of the lawsuit.
(Greene, Broillet & Wheeler, LLP.)

The jobs are “highly coveted” because they present an “opportunity to develop alumni relationships that can lead to future success,” the lawsuit states.

And while traditions like skinny-dipping have been around for a long time, Derrick and Dixon say they were subjected to much worse, including sleep depravation, food deprivation, inability to lock residence doors, forced isolation and restricted cell phone use, insufficient breaks, dehydration, harassment and intimidation.

“Further, as part of their employment, Plaintiffs and other new hires were forced to participate in various BRUIN WOODS ‘Traditions’ that involved physical, mental, emotional, and sexual abuse that amounted to hazing,” the lawsuit states.

Lydia Dixon photographed at camp with other counselors who are not in the lawsuit.
(Greene, Broillet & Wheeler, LLP.)

In one instance, while driving up to the camp, new counselors were forced to drink alcohol before they were driven up winding roads and encouraged not to throw up.

In one instance, while driving up to the camp, new counselors were forced to drink alcohol before they were driven up winding roads and encouraged not to throw up.
(Greene, Broillet & Wheeler, LLP)

On a different evening, Dixon lost consciousness from drinking too much alcohol, and a male counselor sexually assaulted her while she was asleep, the two women told the Los Angeles Times. The plaintiffs allege that “forced nudity was a recurring experience in the first week of official employment.”

A packing list for new counselors includes fake identification for those under 21 years old, condoms and birth control, according to the lawsuit.

In another example of abuse, plaintiffs were forced to walk into a warehouse on the campground without shoes and with pillowcases over their heads. They then had to hold their arms up until they lost circulation, the lawsuit states.

Lastly, plaintiffs say they were not allowed to contact friends or family. They left after one week of the 11-week program, according to the complaint.

Dixon and Derrick are seeking $50,000 in damages for the physical and emotional harm they say they endured due to the camp’s alleged negligence, hazing, gender violence, assault, battery, intentional infliction of emotional distress, and violations of the Bane Act and Ralph Act.