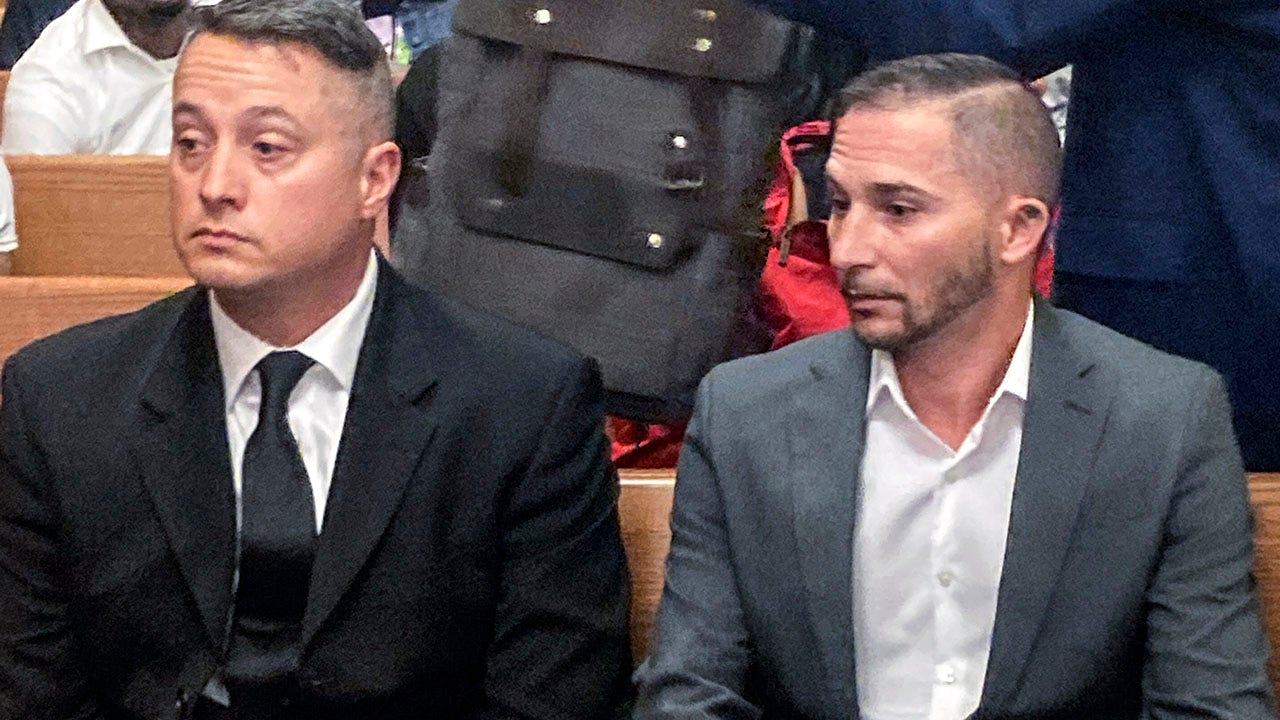 Two fishermen wrapped up in a scandal stemming from a tournament on Lake Erie late last month pleaded not guilty to cheating and other charges on Wednesday.

Jacob Runyan, 42, of Broadview Heights, Ohio, and Chase Cominsky, 35, of Hermitage, Pennsylvania, made no comments during their brief court appearances in Cleveland. Their attorney declined to comment about the case after the hearing.

Jacob Runyan, left, and Chase Cominsky sit in court as they are arraigned, Wednesday, Oct. 26, 2022, in Cleveland.
(AP Photo/Mark Gillispie)

Runyan and Cominsky were accused of stuffing five walleye with lead weights and fish fillets during the lucrative tournament. The allegations surfaced when tournament director Jason Fischer became suspicious because the men’s fish were significantly heavier than walleye of that length typically are.

The men faced backlash from the crowd and a video of the incident went viral. The two were indicted earlier this month on felony charges of cheating, attempted grand theft, possessing criminal tools and misdemeanor charges of unlawfully owning wild animals.

“I take all crime very seriously, and I believe what these two individuals attempted to do was not only dishonorable but also criminal,” Cuyahoga County Prosecutor Michael C. O’Malley said in a statement earlier this month.

“I would like to formally thank the officers with the Ohio Department of Natural Resources, the Hermitage, Pennsylvania, Police Department, the Mercer County District Attorney’s Office and the Pennsylvania Fish and Boat Commission for their quick actions and their execution of a search warrant resulting in the seizure of criminal tools, including defendant Cominsky’s boat and trailer.”

According to search warrant affidavits, the five walleye contained a total of eight 12-ounce lead weights and two eight-ounce weights and the fish fillets. Officials from the Ohio Division of Natural Resources, the Hermitage Police Department and the Pennsylvania Fish and Boat Commission seized a boat, trailer and fishing gear belonging to Cominsky Tuesday. The affidavit said the anglers used the boat during last month’s tournament.

The two fishermen would have taken home $28,760 in prizes for winning the tournament.