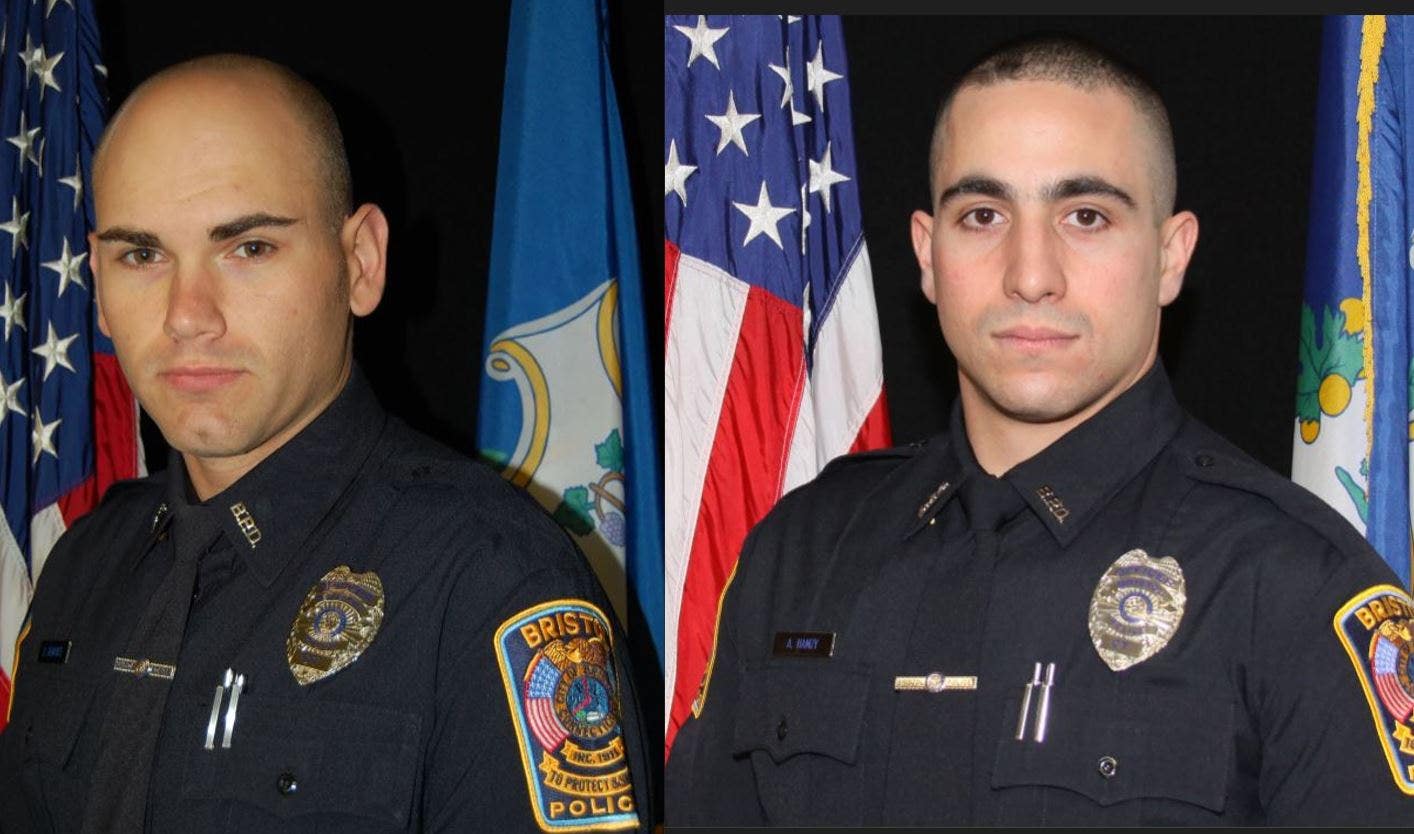 The Tunnel to Towers Foundation is stepping up to take care of the family of a heroic fallen Connecticut officer, Sgt. Dustin Demonte, after he was killed responding to a fake 911 call.

“We made a promise to our first responders and most certainly our police officers that if you leave, you give your kids a kiss goodbye and you don’t come home, we’re going to make sure that we take care of your families who are left behind. And that’s exactly what we’re going to do for Sgt. Dustin Demonte, his beautiful wife Laura,” Tunnel to Towers chairman and CEO Frank Siller told “The Five” Friday.

Siller, who founded Tunnel to Towers in honor of his brother, a firefighter who lost his life on 9/11, honors heroic men and women who made the ultimate sacrifice for the good of others. Demonte, 35, is survived by his expectant wife and two children. The foundation has pledged to take care of Demonte’s family and make sure they have a mortgage-free home.

Sgt. Dustin Demonte responded to the 911 call with Officer Alex Hamzy, 34, who also lost his life in the attack, and Officer Alec Iurato who underwent surgery for critical gunshot wounds, according to a previous Fox News report.

“We have to put the pictures of these guys up there,” Siller reflected. “We have to remember, we have to say their names because we can’t forget the sacrifice that’s made every single day.”

Tunnel to Towers has helped over 50 members of law enforcement this year alone that have died in the line of duty. Siller reported that 137 police officers have given their lives this year protecting others.

“Our mission is simple: Let us do good,” he said. “And what the good is [is] to take care of these men and women who go out every single day to protect us.”

Tens of thousands of volunteers have joined Tunnel to Towers’ mission to help others and this year, the organization will cover over 200 mortgages thanks to the generosity of donors.

Siller encouraged viewers to donate to the organization by visiting t2t.org and contributing $11 per month to the cause which “makes a big difference in these families’ lives.” 95.1% of every dollar is given directly to the families of heroes, Siller said.