Treasure hunter finds buried keys to new car. Could you solve the riddle that led him to them? 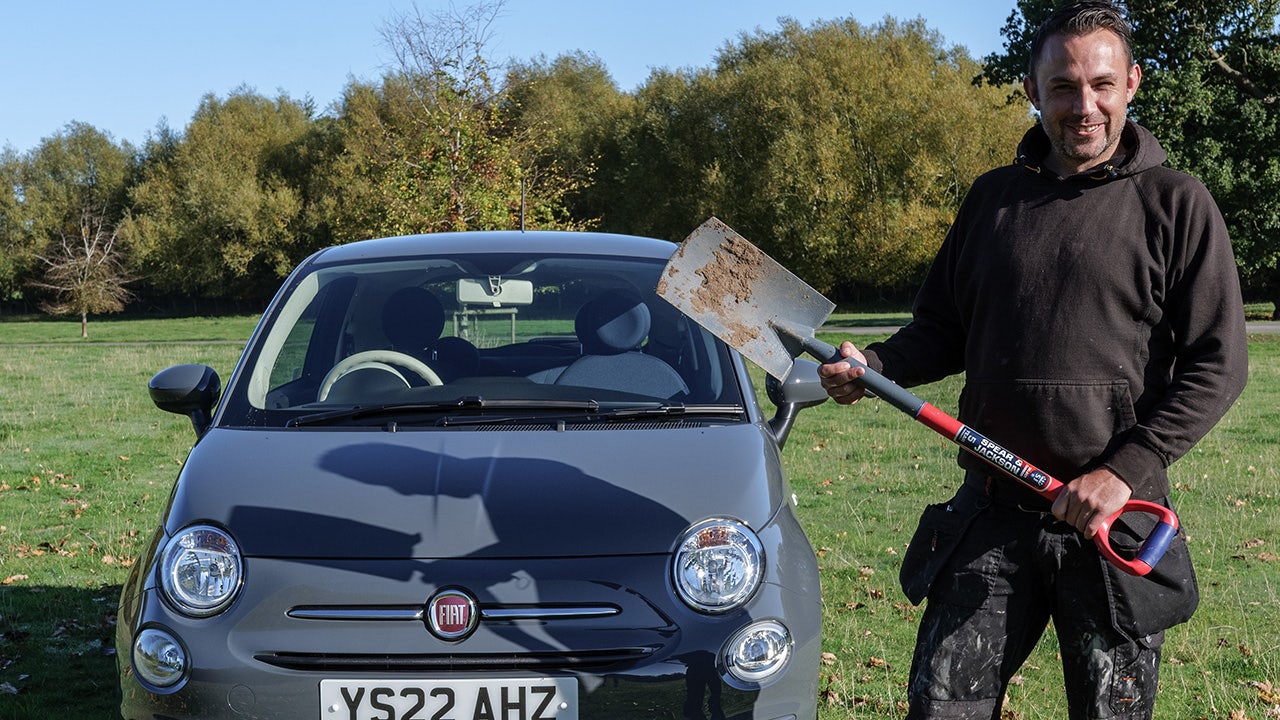 Anyone looking for a deal on a new car will dig this story.

A British man won Fiat 500 after a mysterious phone call led him to keys buried in a field.

The search was part of a treasure hunt held by Scrap Car Comparison, an online marketplace that matches the owners of scrap and salvage cars with companies that buy them for disposal.

The contest was built around the What3Words navigation system, which has sliced up the entire world into three-square-meter boxes, identified by three randomly generated words that create a unique, but easy to remember address.

Simon Muirhead was first to find the keys to the Fiat 500.
(Scrap Car Comparison)

The center of the field at Yankee Stadium in New York, for instance, is designated as snap.bids.chips.

What3Words divides the world into three-square-meter boxes that are identified by three words.
(What3Words)

The contest posted three clues that, when deciphered correctly, would reveal the three words.

-Also known as a traditional myth or story

-What is the wealthiest type of nut?

You can find the answers at the bottom of this story, but here’s how the winner claimed the prize.

Manchester area IT professionals Alex Rawson and Danny Lane teamed up to figure out the answers as soon as they were posted at 9 a.m. on Oct. 18, only to find that the location they discovered was 100 miles away in Henley-in-Arden, Warwickshire.

Figuring they would never get there in time, they decided to pass the details on to someone closer who could claim the prize.

Simon Muirhead had help from Alex Rawson and Danny Lane, who had deciphered the riddle.
(Scrap Car Comparison)

A quick search led them to a prime candidate.

“We looked at the location on Google Maps and saw there was a business nearby called RM Roofing. As we work for a company called RM Education ourselves, this felt like fate,” Rawson said.

They rang the number, which was answered by Simon Muirhead, who needed some convincing that it was not a prank, and finally decided to give it a shot.

Several hundred people had correctly figured out the riddles and a few had made it to the farm where Muirhead was sent. However, with over the phone help from Rawson and Lane, he was first to find the keys at 9:45 a.m.

Simon Muirhead beat several other people who had arrived to search for the keys.
(Scrap Car Comparison)

“I can’t quite believe it. I was just about to leave for work and I had a call from an unknown number, then the next thing I know they’re talking me through how to find the keys to a brand-new car. I almost lost out on it as other people were turning up to try and find them, but I’m so pleased I dug them up before anyone else,” Muirhead said.

“The moment he found them; we were celebrating together,” Rawson said.

“It felt so good to spread some good fortune and play a part in making someone’s day. We’re over the moon to have helped someone get a brand-new car!”