Tom Brady says daughter, 9, tells him he doesn’t have ‘happy face’ on field as he strives for ‘peace of mind’ 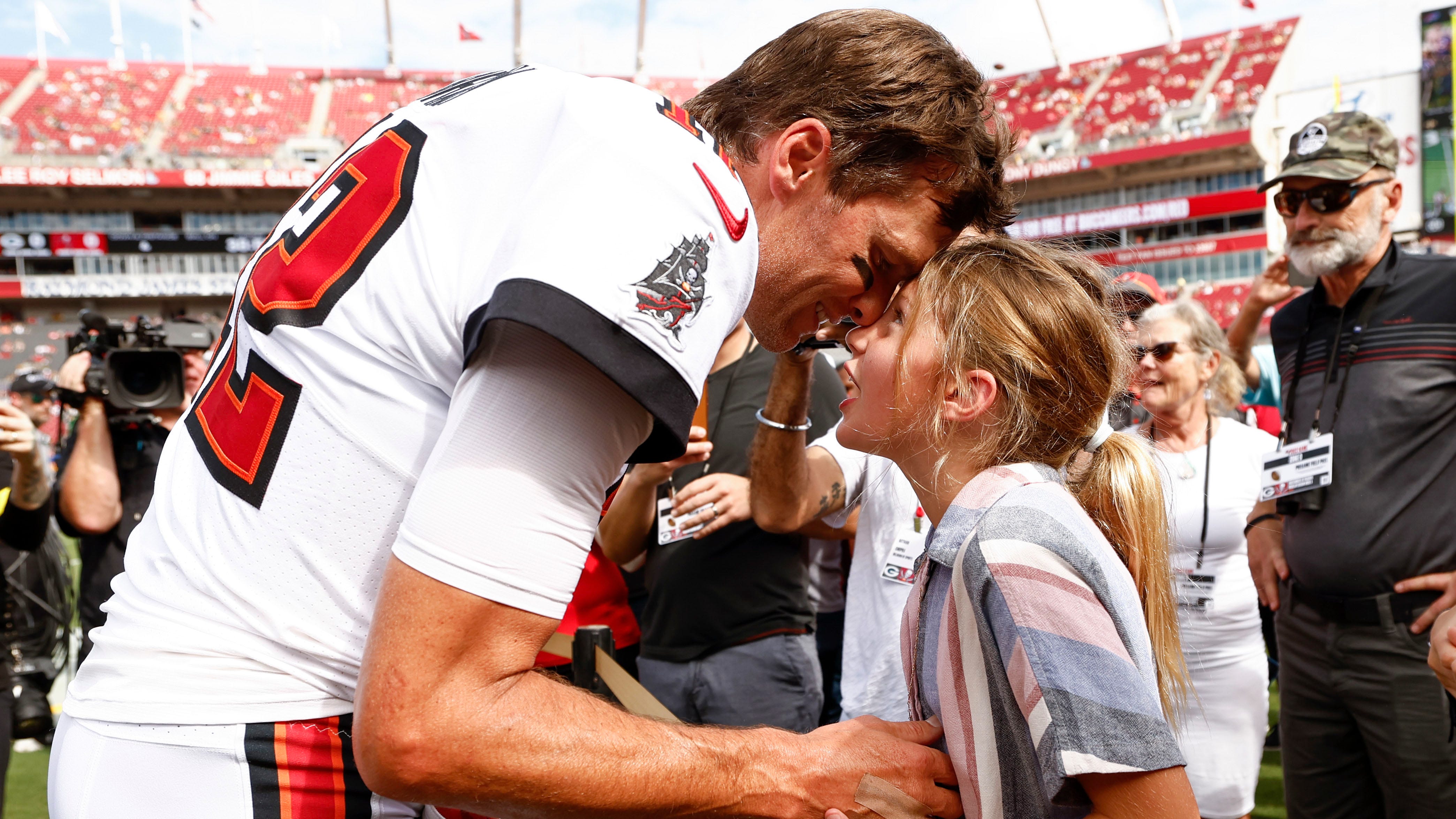 Tom Brady said this week that his “no. 1 cheerleader,” daughter Vivian, often tells him he doesn’t have a “happy face” when he’s playing as he struggles to have more “peace of mind” on and off the field.

“My daughter always says, ‘Daddy, you did not have a happy face out there.’ And I’m trying!” the Tampa Bay Buccaneers quarterback said on his “Let’s Go!” podcast on Monday of Vivian, who will be 10 next month.

He added, “I wish I would have more awareness of what the scowl looks like, but I’m doing my best to try to get to a better place and better peace of mind.”

While he was specifically speaking of his mental state on the field, Brady is going through a public divorce from wife of 13 years, Gisele Bündchen. The couple announced their separation in September.

Tom Brady of the Buccaneers talks with his daughter Vivian on the sidelines before the Green Bay Packers game at Raymond James Stadium on Sept. 25, 2022, in Tampa, Florida.
(Douglas P. DeFelice/Getty Images)

Brady called his only daughter his “no. 1 cheerleader,” saying, “I wouldn’t have it any other way.” He said she’s always “excited” to watch him play.

Brady, 45, added that as he gets to be an older player “there’s an emotional challenge because the frustrations are right there on the surface” and he wants to focus on having more “empathy” for younger, less experienced players.

Tom Brady warms up before playing the Saints on Sept. 18, 2022, in New Orleans. He said Monday his daughter often tells him he doesn’t have a “happy face” on the field.
(Chris Graythen/Getty Images)

In September, Brady said the couple had made their decision to end their marriage “amicably and with gratitude for the time spent together.”

“We are blessed with beautiful and wonderful children who will continue to be the center of our world in every way,” he wrote on his Instagram story.

“We will continue to work together as parents to always ensure that they receive the love and attention they deserve,” he said, adding, “We wish only the best for each other as we pursue whatever new chapters in our lives that are yet to be written.”

Before they announced their split, Bündchen told Elle Magazine she had wanted Brady to “be more” present with their family.

New England Patriots quarterback Tom Brady carries his son Benjamin as he walks off the practice field with Gisele Bundchen at the end of practice. (John Tlumacki/The Boston Globe via Getty Images)

“Obviously, I have my concerns – this is a very violent sport, and I have my children and I would like him to be more present.”

She added, “Ultimately, I feel that everybody has to make a decision that works for [them]. He needs to follow his joy, too.”