'The View' host Joy Behar dismisses Republican focus on crime ahead of midterms: 'Crime is not on the rise' 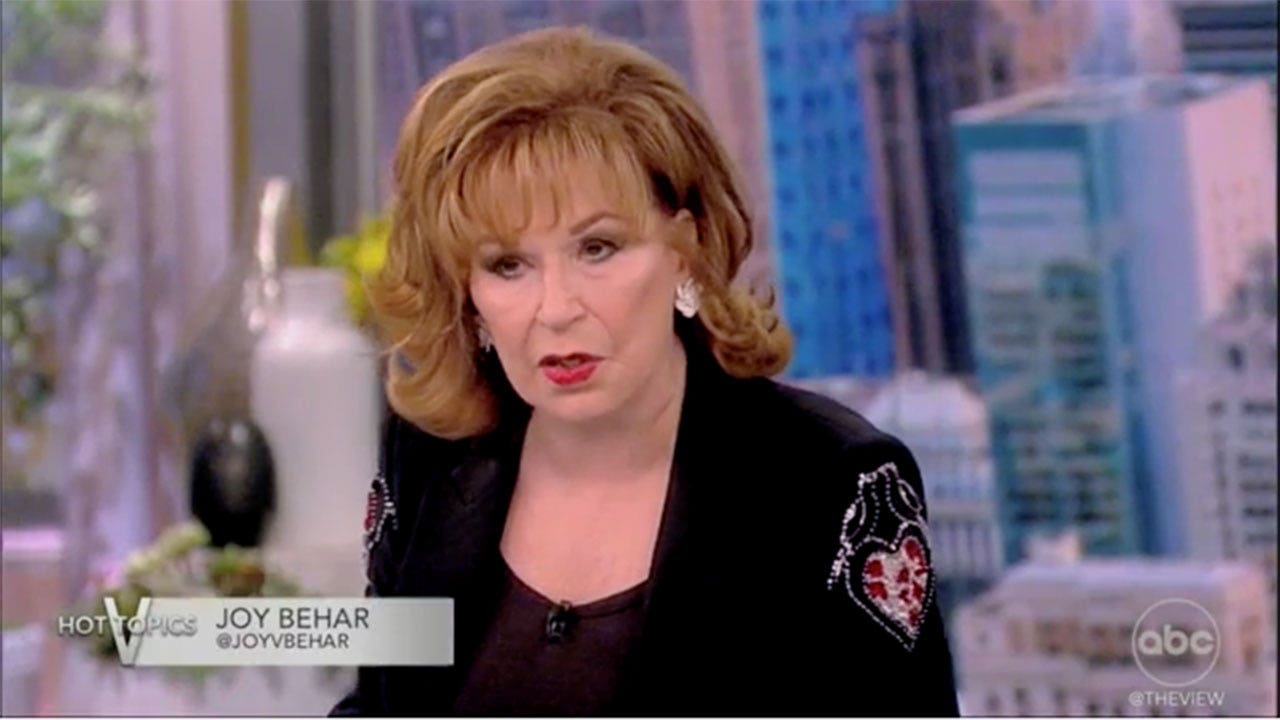 “The View” host Joy Behar said Tuesday that crime wasn’t “on the rise” in the U.S. and claimed that it was actually going down under President Biden, while discussing the attack on Paul Pelosi.

“I’d like to remind everybody it was the Democrats – not the Democrats who stormed the government that day and tried to kill the vice president, okay? And the Republicans now coming up to the next election, which is next week by the way, all they do is talk about crime, crime, crime. I looked it up, murders in major cities have fallen by 4% so far in 2022 compared with the same period a year ago, so crime is not on the rise it’s actually going down under Joe Biden,” Behar said.

Co-host Alyssa Farah Griffin said political violence was on the rise and said “shame on you” to those that have not condemned the attack on Pelosi.

“Rather than just saying wielding a hammer and attacking someone is wrong on all counts, it’s completely out of bounds, I’m hearing that it’s the crime problem, it’s that we have a crime problem, what’s interesting here is that this man so far has not indicated any criminal past, he does have mental health issues according to an ex-girlfriend and also has addiction problems,” Sara Haines said earlier in the segment.

Joy Behar says all Republicans want to talk about is crime.
(Screenshot/ABC/TheView)

Paul Pelosi was attacked in the couple’s San Francisco home on Friday by alleged attacker David DePape. Police arrived at the house after Pelosi was able to call 911 from the bathroom.

When police arrived at the house, DePape and Pelosi were reportedly struggling over a hammer. When they ordered DePape to lower the hammer, he started to attack Pelosi, according to police.

DePape told investigators that he wanted to hold Speaker of the House Nancy Pelosi hostage and break “her kneecaps” if she wasn’t telling the “truth,” according to the affidavit.

“DePape stated that he was going to hold Nancy hostage and talk to her,” the affidavit said. “If Nancy were to tell DePape the ‘truth,’ he would let her go, and if she ‘lied,’ he was going to break ‘her kneecaps.’”

Paul Pelosi was allegedly attacked by a man looking for his wife, House Speaker Nancy Pelosi.
(Photo by Samuel Corum/AFP via Getty Images))

‘THE VIEW’ HOST JOY BEHAR SAYS GOP ‘CAN’T WIN’ BECAUSE ‘DEMOGRAPHICS ARE CHANGING’: ‘THEY HAVE TO CHEAT’

“The View” hosts sparred over crime rates in an Oct. 26 episode of the ABC show. Co-host Sunny Hostin declared New York City to be the one of the safest cities in the country.

“New York is one of the safest cities in the country. It has a $5 billion budget,” Hostin said after arguing that the Republican plan to deal with crime was “fearmongering.”

“You’re very young,” co-host Joy Behar said to Farah Griffin. “You know, I have been around, and there were worse crime rates in the ’80s and the ’70s.”