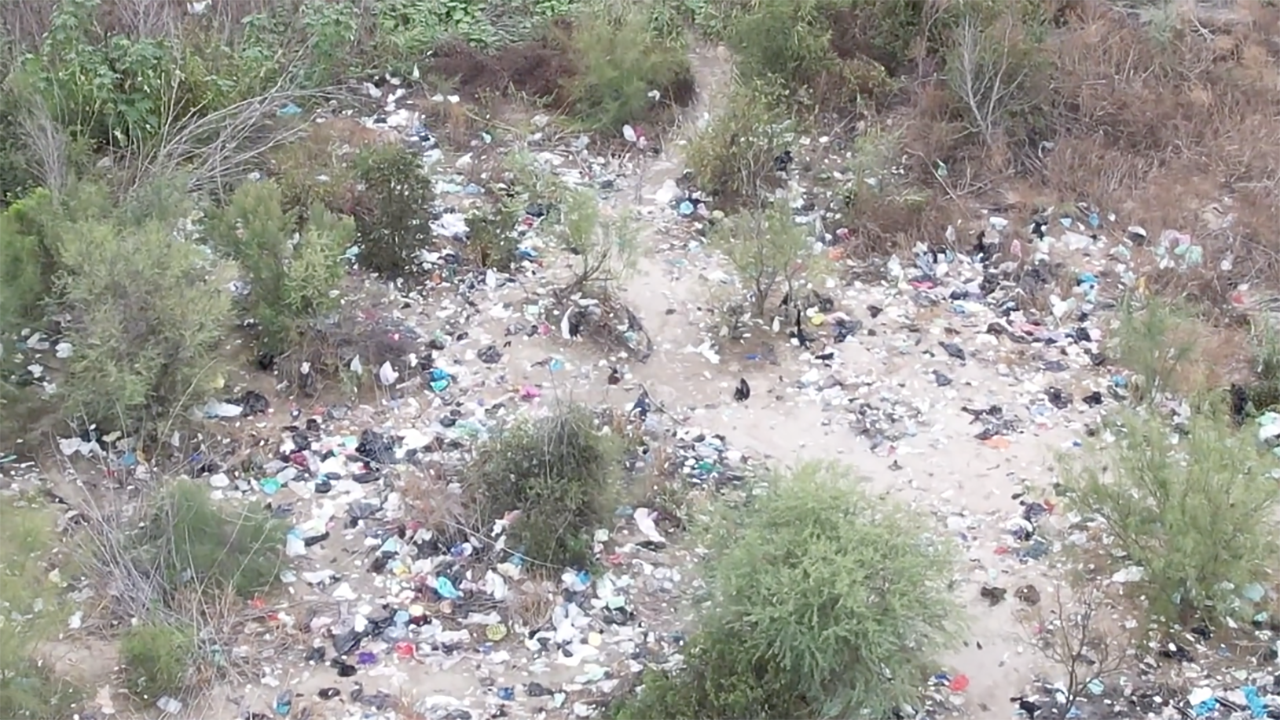 Thousands of migrants have streamed across the border near Normandy, Texas, in recent weeks, leaving behind discarded trash and clothing in their wake.

Drone footage of a frequent crossing point along the Rio Grande shows piles of discarded items at the end of an eroded walking trail.

Similar scenes can be observed at the border in Eagle Pass and the surrounding area.

Trash and clothing discarded along the Rio Grande in Normandy, Texas.
(Fox News)

While Democrats raised concerns during the Trump administration about the environmental impact of the former president’s border wall, Republicans have recently warned about the long-term impact on the environment of unchecked migration across the border.

“Both of us have personally witnessed scattered trash and damage to our lands during official tours of the southern border,” the lawmakers wrote.

“The trash left behind by illegal migrants includes human waste, backpacks, medical products, plastic, vehicles, and clothing, all of which pose risks to wildlife.”

Clothes, shoes and other trash litters the gound next to the US-Mexico border wall separating Algodones, Mexico, from Yuma, Arizona, on May 16, 2022.
(FREDERIC J. BROWN/AFP via Getty Images)