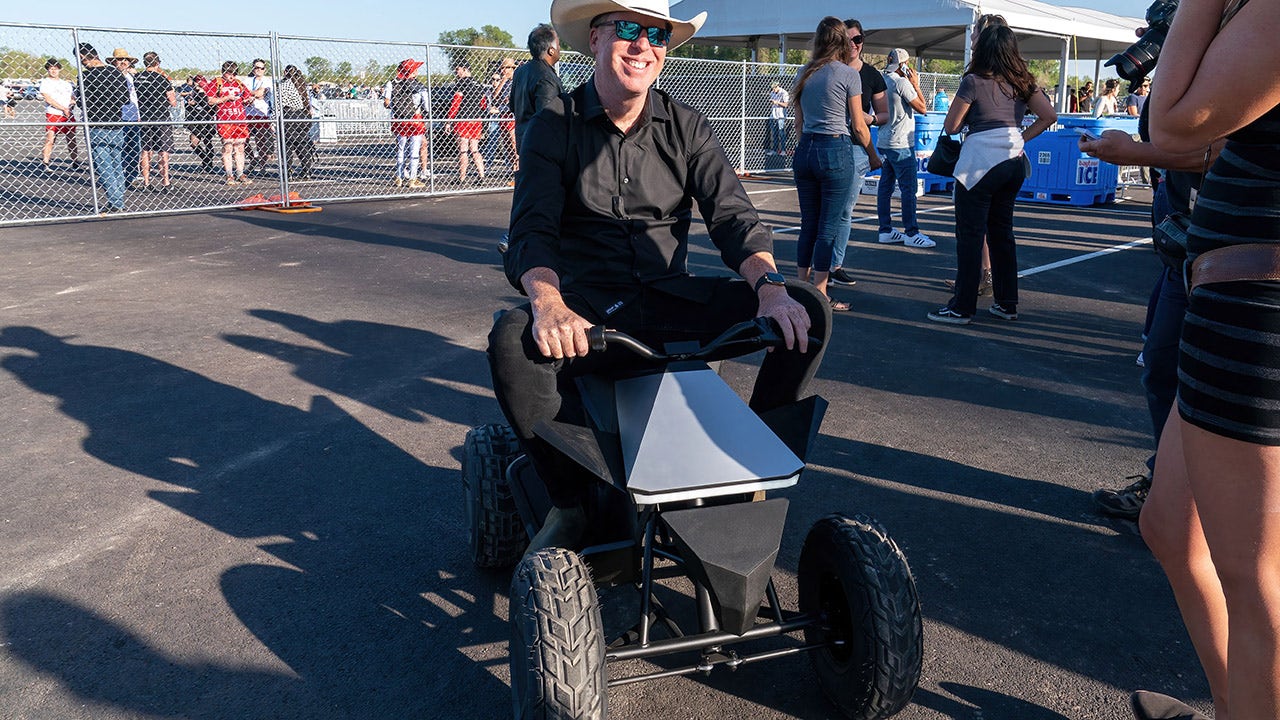 Radio Flyer is recalling all the Tesla Cyberquad for Kids ATVs it built in partnership with the automaker for failing to meet safety standards.

It also does not have an associated “ATV action plan” that the agency requires for ATV sales, which includes “rider training, dissemination of safety information, age recommendations, and other safety measures.”

“Consumers are encouraged to immediately stop using the recalled product and follow Radio Flyer’s instructions to remove the motor controller for the Cyberquad for Kids, which permanently disables the product,” Radio Flyer said in its recall announcement.

Tesla built a custom Cyberquad to use during the reveal of the Cybertruck.
(Tesla)

The Cyberquad for Kids was modeled after a full-size ATV that Tesla used during the unveiling of the Cybertruck pickup concept in 2019.

One tipover accident is known that involved an 8-year-old and a 36-year-old female riding a Cyberquad together and resulted in a shoulder injury to the adult.

The Cyberquad for Kids was built by Radio Flyer.
(Radio Flyer)

The $1,900 Cyberquad has a top speed of 10 mph and was advertised for use by riders ages 8 and older and up to 150 pounds, after which its performance is impaired, according to the owner’s manual.

It was promoted with a social media post by Tesla head designer Franz von Holzhausen, who is over six feet tall, that included a video showing him riding it without a helmet.

It went on sale on Tesla’s website in December 2021 and sold out in less than a day. Approximately 5,000 have been delivered, according to the CPSC.

A guest attending the Cyber Rodeo at Tesla’s Austin factory in April brought his Cyberquad for Kids.
(SUZANNE CORDEIRO/AFP via Getty Images)

Tesla, which no longer operates a press office, has not commented on the recall, but Radio Flyer’s announcement said that Tesla consulted on the product’s appearance and that it “is supporting Radio Flyer’s recall.”