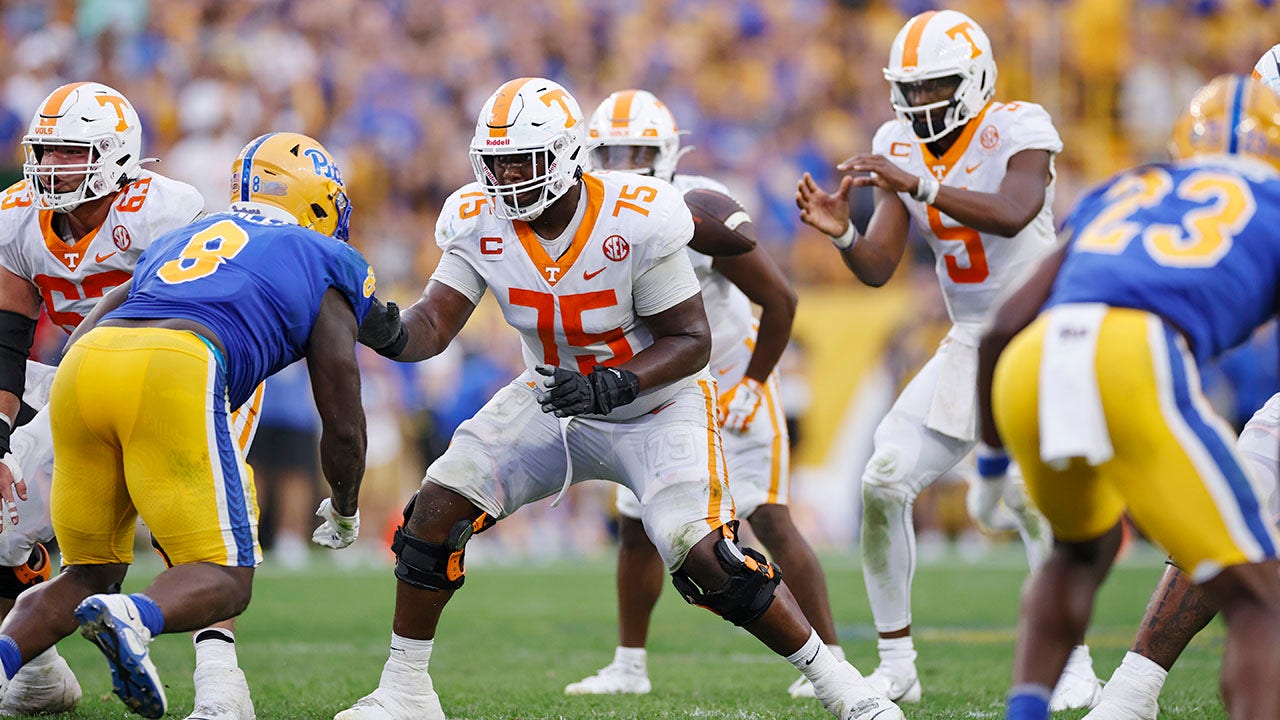 Tennessee had a plethora of highlights in their 44-6 demolition of Kentucky on Saturday and at least one strange interaction between two players went viral across social media.

Volunteers offensive lineman Jerome Carvin was celebrating the trouncing when he gave his teammate Gerald Mincey a headbutt. The action was celebratory in nature but the only thing missing was Mincey’s helmet.

Once Carvin connected, Mincey jolted backward. Carvin instantly regretted the move and tried to console his teammate. Mincey appeared to be OK, all things considered.

Carvin later wrote on Twitter he got “too excited.”

There’s plenty of excitement around Tennessee this season as the team moved to 8-0. Tennessee had the big win over Alabama earlier this month and now gets a chance to potentially knock off No. 1 Georgia this coming Saturday on the road.

The Volunteers’ Jerome Carvin blocks against the Panthers on Sept. 10, 2022, at Acrisure Stadium in Pittsburgh.
(Joe Robbins/Icon Sportswire via Getty Images)

On Sunday, the latest Associated Press Top 25 rankings showed the Volunteers tied for No. 2 with Ohio State. Tennessee received more first-place votes than Ohio State in the rankings.

It’s the highest Tennessee has been ranked in the polls since 1999, when Phillip Fulmer had the team in a Fiesta Bowl after their national championship in 1998.

Jalin Hyatt of the Tennessee Volunteers celebrates a touchdown against the Kentucky Wildcats at Neyland Stadium on Oct. 29, 2022 in Knoxville.
(Eakin Howard/Getty Images)

Ohio State and Tennessee are both 8-0 and both had 1,500 points in the latest round of voting. But the Volunteers received 18 first-place votes and the Buckeyes got 15.