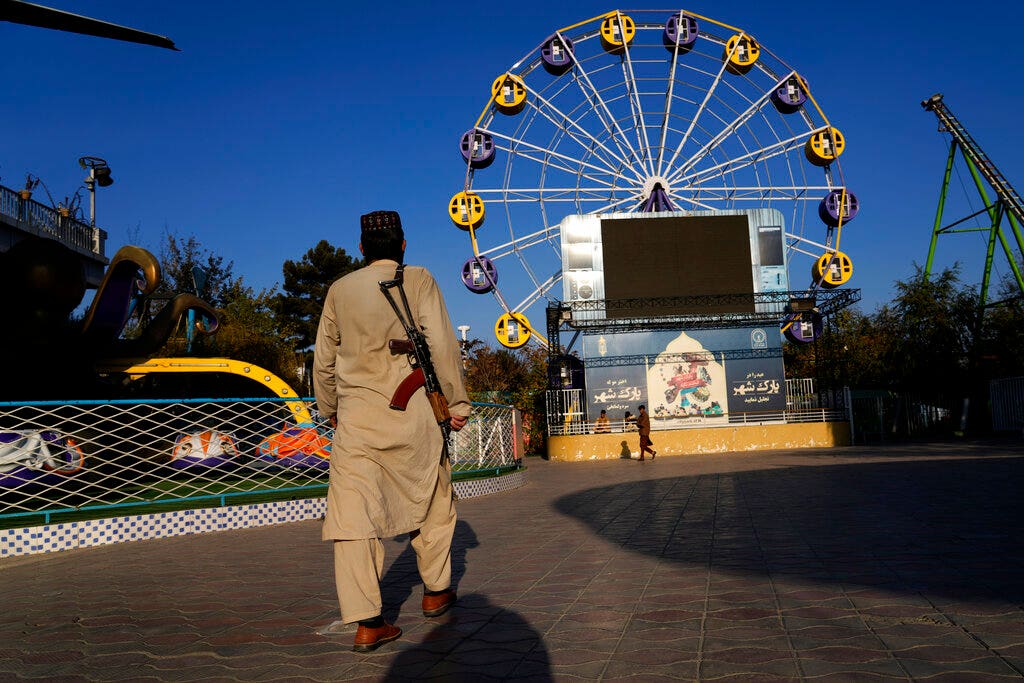 The Taliban will ban women from using gyms and entering parks due to issues with citizens not adhering to gender segregation and headscarf rules.

“Unfortunately, the orders were not obeyed and the rules were violated, and we had to close parks and gyms for women,” Mohammed Akef Mohajer, spokesman for the Afghan Ministry of Virtue and Vice, said. “In most cases, we have seen both men and women together in parks and, unfortunately, the hijab was not observed.”

“So we had to come up with another decision and for now we ordered all parks and gyms to be closed for women.”

Mohajer claimed that the group had “tried its best” over the past 15 months to keep the areas open to women, even trying to order different days for men and women to use the gyms or parks as a way to uphold their desired gender segregation, but those measures did not work. The Taliban will continue to monitor the areas to ensure women do not use them.

The decision is the latest in a series of moves the Taliban have made to limit women’s rights in Afghanistan since taking power in August 2021.

International concern over women’s rights became a reality when the Taliban banned women from secondary education. The U.N. Security Council urged the Taliban to “swiftly reverse” the policy, which the Guardian newspaper called just short of an outright ban on higher education for women.

Suhail Shaheen, the de-facto U.N. Representative of Afghanistan to the United Nations and former spokesman for the Taliban, previously told Fox News Digital that comparisons between Afghanistan and Western countries were not appropriate when discussing social issues.

Hameeda, 18, left, and Sadaf, 14, Afghan girls who are training to become boxers, work at their gym in Ghazi Stadium Kabul, Afghanistan, Tuesday, Oct. 23, 2007. The Taliban are banning women from using gyms in Afghanistan, an official in Kabul said Thursday, Nov. 10, 2022, the religious group’s latest edict cracking down on women’s rights and freedoms since they took power more than a year ago.
(AP Photo/Rafiq Maqbool, File)

“We are a different society, an Islamic society, so we can’t be matched to a European society,” Shaheen argued.

“One year ago was completed everything in our taking power, and you have in the U.S. centuries — all older governments — so you’ll have everything better, so we can’t be matched,” Shaheen said. “We need time to build everything, to put in line with our Islamic laws, the norms of that society, and we hope with the passage of time to solve all issues.”

FILE, Female Afghan Taekwondo team members practice during a training session in Kabul, Afghanistan, Monday, March 1, 2021. The Taliban are banning women from using gyms in Afghanistan, an official in Kabul said Thursday, Nov. 10, 2022, the religious group’s latest edict cracking down on women’s rights and freedoms since they took power more than a year ago.
(AP Photo/Rahmat Gul, File)

The Taliban have repeatedly stressed that they would protect women’s rights “within the limits of Islam,” but the limits of those rights remain unclear and ever-shrinking with each new policy.

The current spokesperson for the Taliban did not respond to a Fox News Digital request for comment by time of publication.