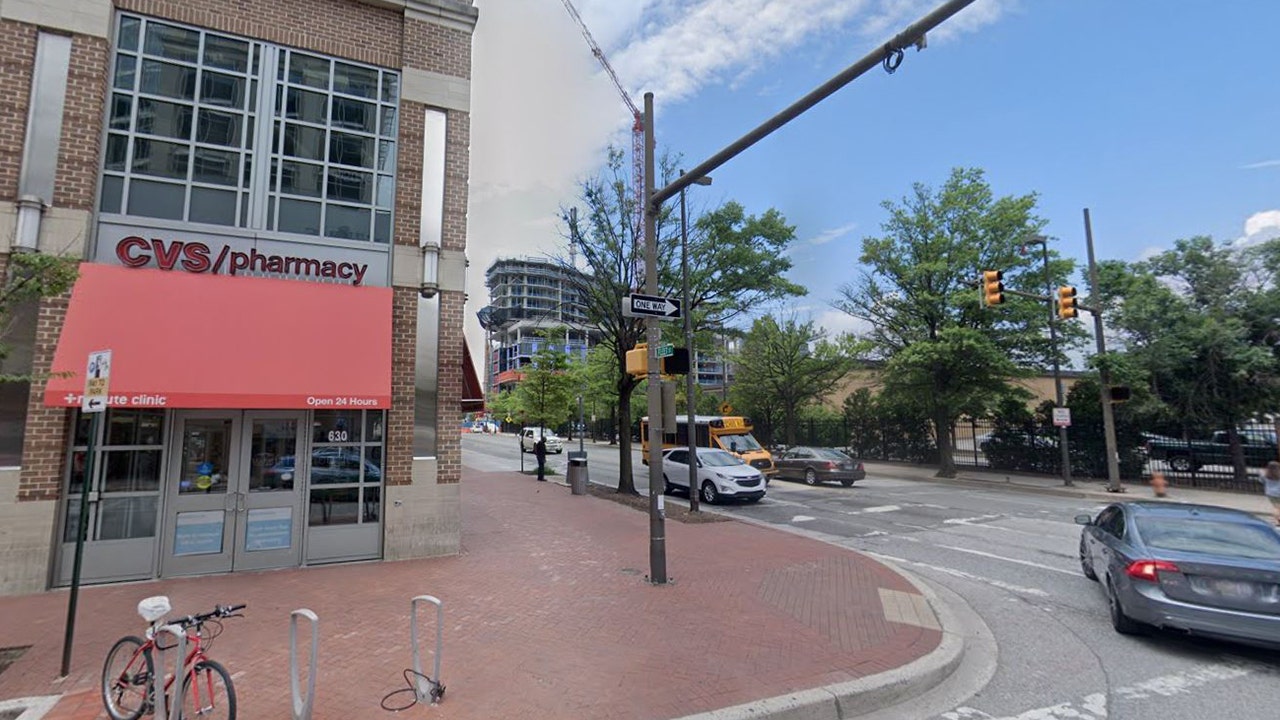 A man accused of shoplifting at a Baltimore CVS Friday morning was shot in the face after trying to stab a security guard with a syringe, police say.

The chaotic scene unfolded in the 600 block of Exeter Street in the affluent neighborhood of Harbor East.

A CVS in the East Harbor neighborhood of Baltimore.
(Google Maps)

Southeast District patrol officers responded to the scene around 9:09 a.m. to investigate a reported shooting. Upon arrival, officers located an unidentified man with a gunshot wound to the face. He was transported to an area in “critical condition,” police said.

Investigators determined that the man had been observed stealing items from inside the store. The man had attempted to leave the store with the stolen merchandise and had been confronted by a security guard, police said.

The man then got out a syringe and tried to stab the security guard, who grabbed their firearm and shot the would-be shoplifter in the face, police said.

A spokesman for CVS said no customers or employees were injured in this incident, and the store was closed for the police investigation.

“The security officer involved in this incident is not employed by or for our store,” CVS said. “Our understanding is that the officer is with a guard service for the community/neighborhood.”

The investigation is ongoing. Anyone with information is asked to call Southeast District Shooting detectives at 410-396-2433.