Russia's reinforcements: Where Putin has found more weapons and troops as Ukraine invasion drags on 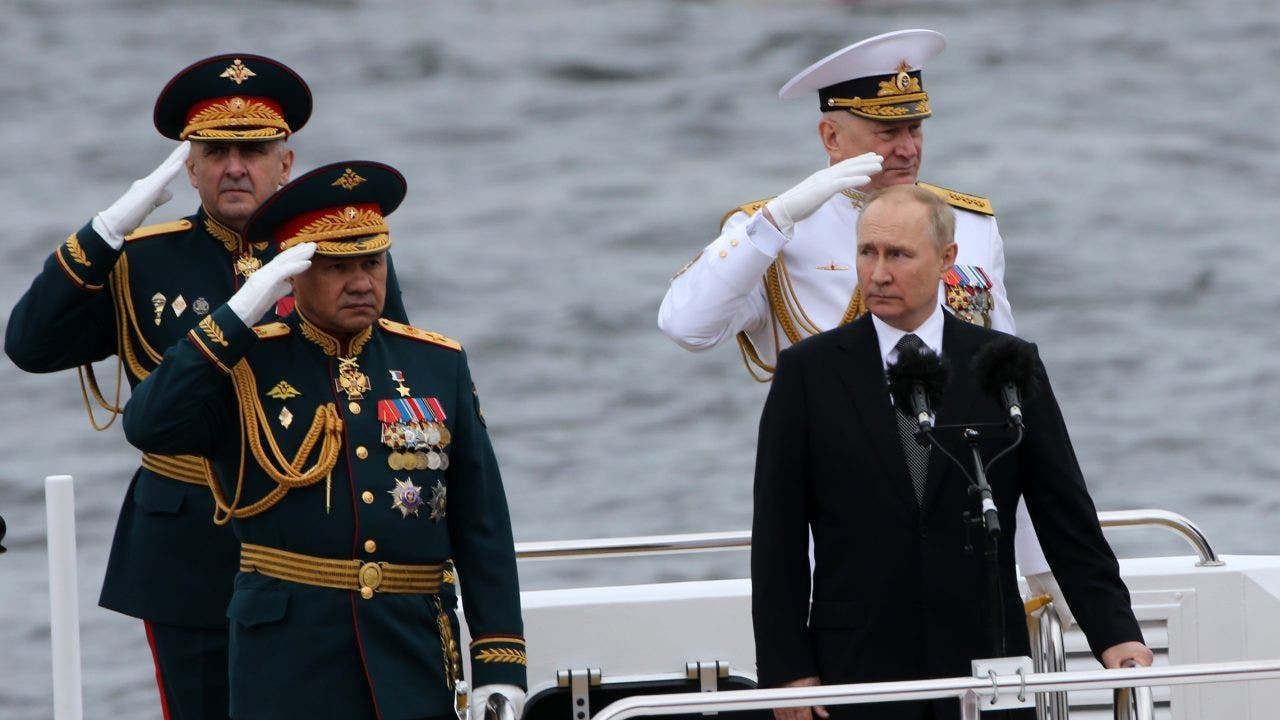 Russia’s weapon and troop shortage has forced it to turn to other rogue nations and some surprising sources in an effort to sustain its invasion of Ukraine.

Analysts predicted Russia’s invasion would last only days or weeks due to confidence in a superior military force with vast supplies and an overwhelming advantage in manpower, but nine months later, Moscow has looked to source weapons and troops from other countries.

“Russia clearly wasn’t prepared for the nine-month slog that it’s fighting in Ukraine now,” Rebekah Koffler, president of Doctrine & Strategy Consulting and a former DIA intelligence officer, told Fox News Digital. “Putin thought that it would be a one- to two-week project, [and] Russian intelligence failed to accurately estimate Zelenskyy’s ability to galvanize Western support, Ukrainians’ will to fight, U.S. and Europe’s willingness to provide unprecedented levels of security aid and the Russian forces’ tactical limitations.”

Experts previously told Fox News Digital about how “rampant” corruption undermined Russia’s military, with oligarchs allegedly pocketing the money instead of investing it in the military over the past thirty years since the Soviet Union collapsed.

THE RUSSIA-IRAN MONSTER: BIDEN’S STRATEGIC INCOMPETENCE HAS CREATED A NEW MENACE FOR AMERICA

And Ukraine bolstered its own supplies with heavy investment from the U.S. and its NATO allies, helping to level the battlefield for months and allowing Ukraine to push Russian forces back. Russian President Vladimir Putin had to withdraw his troops to the eastern border and focus on locking down “rebel” states in Ukraine after failing to take any major strategic target.

But now Russia has started to build its own coalition of allies, even as those allies try to keep their support quiet.

“Russia has already fired on the order of 3,000-4,000 missiles in Ukraine, more than expected, with hundreds of missiles launched in the last two weeks targeting Ukrainian critical infrastructure to disrupt electricity and water supplies ahead of winter,” Koffler explained. She added that “Russia’s missile arsenal is almost certainly depleting,” and current inventory is “probably” below 40% of pre-war levels.

The U.S. on Wednesday accused North Korea of secretly supplying Russia with artillery shells, and reports over the past month detailed how Iran first supplied Russia with Shahed-136 “kamikaze” drones and then trained Russian troops in their use. New reports indicate that Iran added Mohajer-6 as well as Shahed-129 drones to its shipments.

White House National Security spokesperson John Kirby told a virtual briefing that North Korea had attempted to hide the shipments by sending them through countries in the Middle East and North Africa, Reuters reported.

“Our indications are that the DPRK is covertly supplying and we are going to monitor to see whether the shipments are received,” Kirby said, adding that Washington would consult with the United Nations on accountability issues over the shipments.

“We do have a sense on where they are going to transfer these shells,” Kirby said. He declined to give any more details as the U.S. weighs its possible options. But he insisted that the weapons would not likely change the momentum or outcome of the war.

The Foundation for the Defense of Democracies (FDD) reported that Iran may even increase its support and provide Russia with short-range ballistic missiles, a move that indicates any economic relief Tehran would gain through the Joint Comprehensive Plan of Action (JCPOA) — also known as the Iran nuclear deal — would end up funding Russia’s war and undercut U.S. sanctions.

“With reports that Iran plans to send short-range ballistic missiles to Russia to use against Ukraine — and as the people of Iran cry out in the streets for a change in regime — the U.S. and its European allies should withdraw all sanctions relief offers made to Tehran and complete the snapback of U.N. sanctions at the Security Council,” Richard Goldberg, a senior advisor at the FDD, wrote in an analysis published Wednesday.

The transfer would include Fateh-110 and Zulfiqar short-range ballistic missiles. The Fateh-110 can reach a distance of 150-180 miles, while the Zulfiqar could potentially reach targets within 435 miles.

Iran already sent over 3,500 drones to Russia, with most of the units produced in factories operated by the Iranian Ministry of Defense and the Iranian Aviation and Space Industries Association (IASIA).

Russian military vehicles move on a highway in an area controlled by Russian-backed separatist forces near Mariupol, Ukraine, in late April.
(AP/Alexei Alexandrov)

Weapons alone will not win the war as Putin also looked to replenish his depleted forces. After months of silence about the true number of casualties, both CIA Director William Burns and British Intelligence Chief Richard Moore indicated that Russia lost around 15,000 troops over the first five months of the invasion.

“We’ve seen for months now attempts by Russia to recruit sort of their own version of the foreign legion, of particular communities by the Wagner Group in the field from Syria, from Libya, from the Central African Republic,” Goldberg told Fox News Digital. “We’ve heard reports of Serbians, as well, fighting on the pro-Russia side.”

REPORTER’S NOTEBOOK: BACK TO KYIV AS RUSSIA TARGETS CITY WITH DRONES AND MISSILE STRIKES

“[One of] the main motivations for doing this for the Russians is they’re quickly depleting their own forces,” Goldberg explained. “They are moving into reserve call-ups, and they don’t want to have to continue taxing the Russian population wherever possible.

“So to the extent that they can lean on foreign troops to do the work, to have non-Russians fighting and dying rather than Russian bodies coming home to their families, that’s their preference,” he added, noting that Putin is seeking “low-cost, high-impact systems.”

Putin attempted to replenish his forces through a forced enlistment by announcing a “partial mobilization,” but many Russian men decided to flee the country rather than join Putin’s war in Ukraine.

Russia had already drawn in Chechen fighters in the early phase of the Ukraine war after it became clear the conflict would not end as soon as Putin had believed and would require more commitment.

Reports started to emerge over the following months of Russia reaching out to friendly nations and seeking reinforcements. The New York Times in April reported that Putin had looked to Syrian and Georgian fighters to bolster its forces.

Ukrainian firefighters put out a fire after a strike in Zaporizhzhia Oct. 6, 2022, amid the Russian invasion of Ukraine.
(Marina Moiseyenko/AFP via Getty Images)

As many as 10,000 of the former commandos were initially inclined to accept Russia’s offer, Foreign Policy reported.

Goldberg likened Russia’s growing coalition to Ukraine’s International Legion, which Ukrainian President Volodymyr Zelenskyy established at the start of the conflict. It drew 20,000 volunteers from 52 countries in the first week.

“Moscow is running low both military hardware and personnel, having to fill the gaps with non-indigenous capabilities. It’s procuring weapons from Iran and North Korea and is relying on the mercenary contingent, the Wagner Group, the Chechen fighters, Kadyrov, to replenish its regular forces,” Koffler said. “They are even recruiting prisoners and bringing in former Afghan security forces, who were displaced as the Taliban came back to power, after the U.S. withdrawal.

“Despite all of these limitations, Putin will not back down. To the contrary, he is preparing for an all-out fight with the U.S. and NATO and switching to asymmetric strategy.”