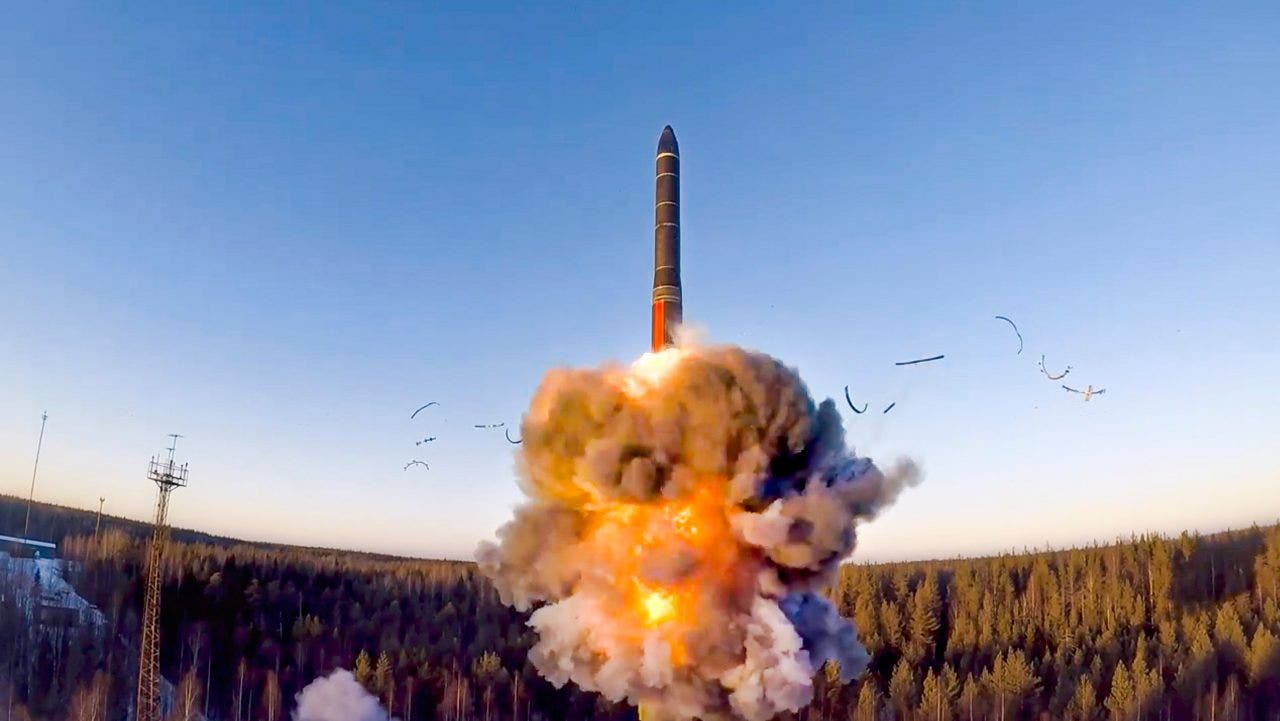 The order is reportedly set to be fulfilled by the end of 2023 and comes after the Kremlin order a “batch of Tsirkons” during the summer of 2021.

The report comes just days after Tehran, which has aided Russia in its war in Ukraine, announced that it had developed its own hypersonic missile – prompting some to question of whether Moscow had assisted its Middle Eastern ally in developing the sophisticated weaponry, though U.S. defense officials have expressed skepticism over the authenticity of Tehran’s claims.

Hypersonic missiles are not only capable of traveling over five times faster than the speed of sound, at a rate of 3,800 mph, they also can travel on complex trajectories, which makes them difficult to defend against, the Stockholm International Peace Research Institute reported.

Russian armed forces have reportedly launched “multiple” hypersonic missiles in Ukraine since the war began, according to top U.S. defense officials, though it remains unclear how many of the missiles remain in Russia’s stocks.

The Kremlin has seen significant setbacks in its arms supplies and ability to hold its military lines in Ukraine, and Kyiv saw one of its greatest achievements Friday after Russian forces withdrew from the southern city of Kherson.

While Ukraine and Western allies have championed Ukraine’s advancement, former DIA intelligence officer for Russian Doctrine & Strategy Rebekah Koffler cautioned that the withdrawal could be a trap.

Russia said it tested a hypersonic Zircon cruise missile in the Barents Sea, Saturday, May 28, 2022.
(Russian Ministry of Defense)

“Things are very fluid now,” she told Fox News Digital. “Ukrainian intelligence is very capable, having benefited from U.S. and NATO’s support. They almost certainly have planned for various contingencies.”

“What cannot be ruled out is that the Russians have set up a trap and plan to carry out a false flag operation,” she added.

A spokesman for the Ukrainian Air Force, Colonel Yurii Ihnat, issued a similarly ominous tone Saturday and warned that Russia may look to use the G20 summit next week in Indonesia – when leaders from the top 20 nations will convene to discuss the global economy, climate change and future development – as a distraction to hit Ukraine.

Ihnat pointed out that Russia has a history of employing “provocations around such days” in reference to previous attacks the Kremlin has levied during large events.