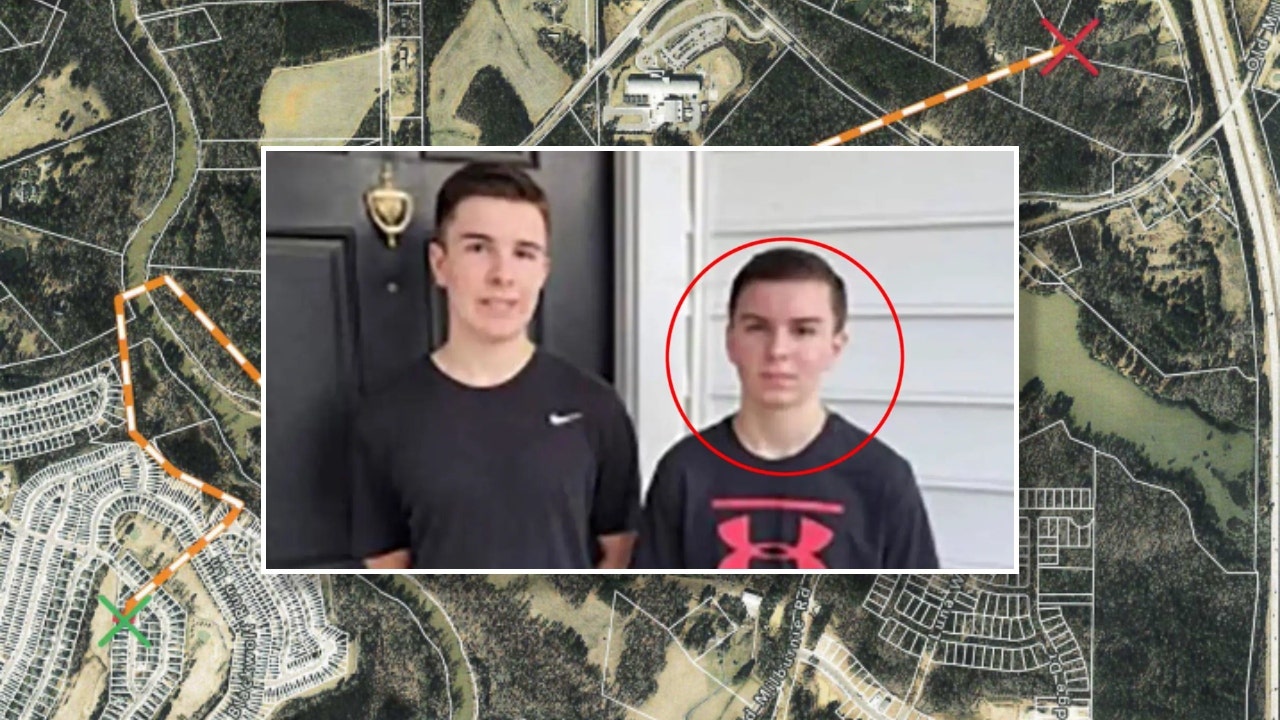 “Over the course of several hours, a search ensued of the suspected shooter that included an exchange of gunfire between the shooter and multiple officers,” Raleigh Police Chief Estella D. Patterson said in a report.

Austin Thompson, 15, is accused of gunning down five people, including his 16-year-old brother and an off-duty officer, and injuring two others in Raleigh’s Hedingham neighborhood, a suburban community surrounding a golf course. Thompson remains in critical condition after exchanging fire with multiple officers.

Investigators later determined that the shooter’s bother, Justin Thompson, died of both “an apparent gunshot wound and stab wounds” in the 5300 block of Sahalee Way.

WHO IS THE RALEIGH MASS SHOOTING SUSPECT? EVERYTHING TO KNOW ABOUT AUSTIN THOMPSON

Two more victims were wounded but survived. They have been identified as a second Raleigh police officer who has since been released from a hospital and Marcille Lynn Gardner, who was shot just days before her 60th birthday and remains in critical condition.

Officers received the first 911 call regarding shots fired Oct. 13 at 5:09 p.m. They received another call at 5:14 p.m. about shots fired and two people on the ground. Justin Thompson, Gardner and Connors were the first three victims. Shortly afterward, officers received a call saying Officer Torres had been shot in his vehicle by a male wearing camouflage with a shotgun. Initial responding officers arrived at the Hedingham neighborhood at 5:19 p.m.

RALEIGH SHOOTING VICTIMS: WHAT WE KNOW ABOUT THE DECEASED IN TEENAGER’S DEADLY RAMPAGE

Witnesses reported the suspect fleeing toward the neighborhood’s greenway trail, and, at 5:21 p.m., officers received another 911 call about two additional victims shot along the greenway, including Mary Marshall and Susan Karnatz.

The preliminary investigation states that there does not appear to be any connection between the victims other than the fact that they lived in the same neighborhood.

“An extensive search for the suspect was conducted, which included the assistance of officers across multiple state, local and federal law enforcement agencies,” Patterson wrote in her report.

“As the search area expanded, several nearby buildings to include schools and assisted living facilities initiated lockdown protocols.”

At about 6:42 p.m., officers located Thomspon in an area with two “barn-like” buildings near McConnell Oliver Drive. As officers searched the area, Thompson fired “multiple shots” at police from one of the buildings, and Raleigh Police Officer Casey Clark “fell to the ground after sustaining a gunshot wound.”

Multiple officers responded, firing a total of about 23 rounds in Thompson’s direction. At 9:34 p.m., tactical officers entered one of the buildings and found the suspect on the ground with a single gunshot wound.

“At the time, he was wearing camouflage clothing and a backpack, and a handgun was in his waistband. The backpack contained various items, including several types of shotgun/rifle ammunition. A sheath for a large knife was found clipped to his belt, and a large hunting knife was found at the front of the outbuilding. A shotgun and shotgun shells were lying on the ground near him,” Patterson wrote.

The Raleigh gunman fled the scene of the Oct. 19 shooting to two barn-like buildings, where he exchanged gunfire with police.
(Raleigh PD)

Officers had Thompson in handcuffs by 9:36 p.m.

“Words cannot begin to describe our anguish and sorrow,” the parents wrote, according to The Associated Press. “Our son Austin inflicted immeasurable pain on the Raleigh community, and we are overcome with grief for the innocent lives lost.”

In this aerial image taken with a drone, law enforcement works at the scene of a shooting in Raleigh, N.C., Thursday, Oct. 13, 2022.
(Travis Long/The News & Observer via AP)

The Thompsons, who are grieving their own loss, wrote Tuesday that they, too, “have so many unanswered questions.”

“There were never any indications or warning signs that Austin was capable of doing anything like this,” they wrote. “Our family will continue to cooperate fully with law enforcement officials and do whatever we can to help them understand why and how this happened.”

The violence unfolded in a portion of the Hedingham neighborhood near Osprey Cove Drive and Bay Harbor Drive, where the Greenway is located behind a section of homes. As gunfire erupted, police asked residents to remain inside their homes and call 911 immediately if they saw or heard anything.

Police have not yet determined a motive.

RPD typically releases reports five days after major incidents, such as shootings, summarizing the department’s ongoing investigations into those incidents.

Police are asking anyone with information related to the shooting to call 919-996-1193.