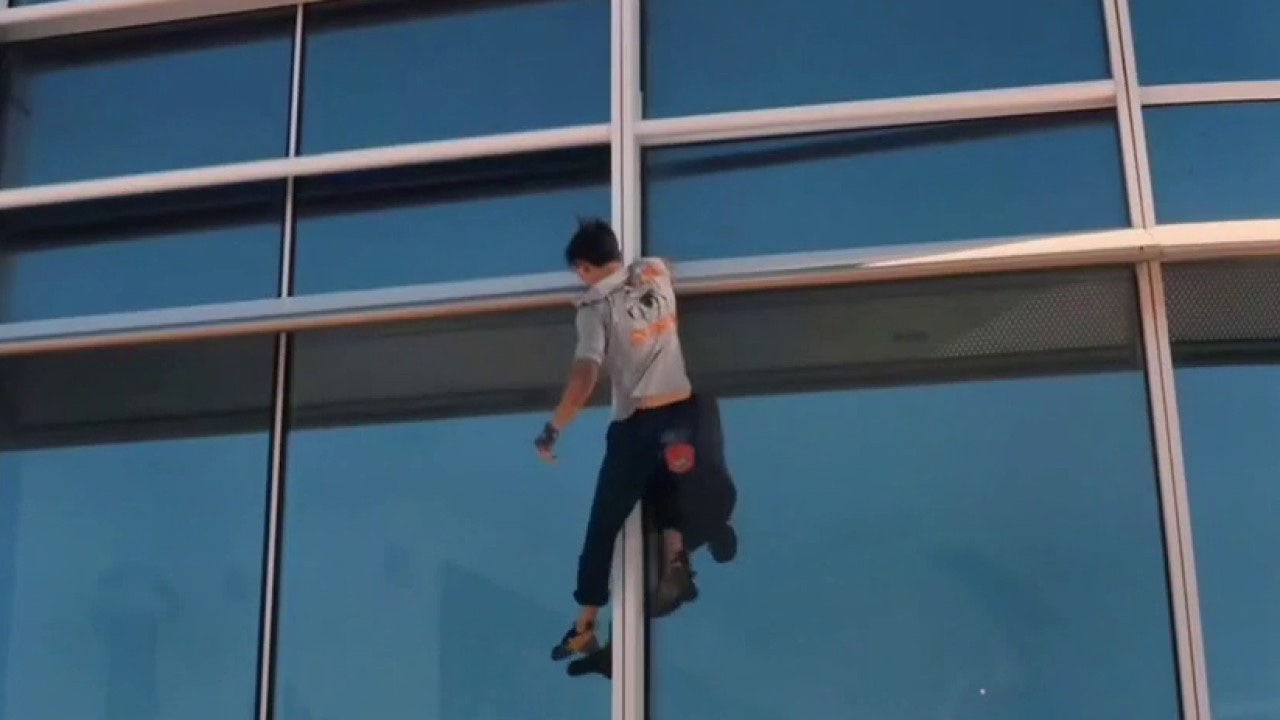 Maison Des Champs, 22, appears to be a mild-mannered finance student at the University of Nevada, Las Vegas. However, on his days off, when he is not in class, he becomes a self-described “Pro-life Spiderman” to protest abortion.

In May, days after the leak of a Supreme Court draft opinion on Roe v. Wade, he scaled the 1,070-foot Salesforce Tower in San Francisco. Des Champs has also scaled the New York Times building and the Renaissance Center Tower in Detroit.

Des Champs told “Tucker Carlson Tonight” Monday these were all acts of protest against abortion.

“We are in a cultural battle right now. I started this project because I wanted to inspire young people to speak out against abortion regardless of the backlash and the criticism that comes with being pro-life,” he said.

Des Champs told “Tucker Carlson Tonight” he wanted to raise money for Let Them Live, an organization that helps “abortion-minded” mothers financially and emotionally, according to its website.

“We are seeing states like California pay for abortions. There has never been a better time than now for us as pro-lifers to put our money where our mouths are and support LetThemLive.org and women in crisis,” he said.

Des Champs said he wanted to help the pro-life movement and started scaling skyscrapers because all he had was “the gifts God gave me.”

The view of Yosemite National Park as seen from the Glacier Point trail in California.
(AP Photo/Tammy Webber, File)

Host Tucker Carlson questioned the legality of the skyscraper climbs, to which Des Champs responded he is usually arrested once he finishes.

“It’s just to make an example out of me, so there’s no copycat. It’s not that bad,” he said.

Ashley Carnahan is a production assistant at Fox News Digital.