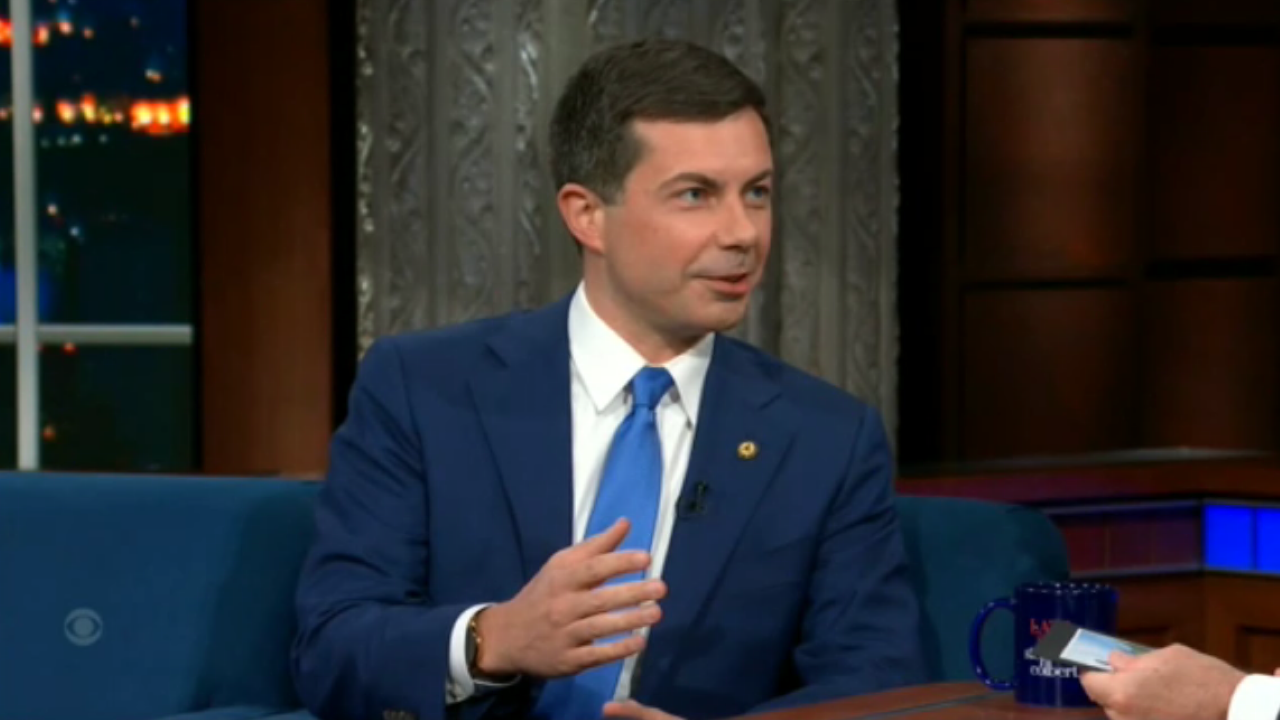 “Can anybody name the top five things that they’ve suggested to fight inflation? Can anyone name three? How about one?” he argued to late-night host Stephen Colbert. “You know, they voted no on the Inflation Reduction Act. That was about lowering prices for Americans.”

Buttigieg’s comments come after the U.S. inflation rate surged in September. According to the latest Consumer Price Index report, prices climbed 8.2% on an annual basis.

Secretary of Transportation Pete Buttigieg called out Republicans for their responses to inflation, accusing them of not suggesting solutions.
(CBS/The Late Show With Stephen Colbert)

Buttigieg also criticized election denial, saying that accepting the outcomes of elections is “one of the most important” principles in a democracy.

“When you lose, you accept the outcome. And I’ve had to do that,” Buttigieg explained, referencing his 2020 presidential campaign. “Winning is much more fun than losing. I’ve done both.”

He and Colbert also discussed the one-year anniversary of the bipartisan $1.2 trillion Infrastructure Investment and Jobs Act. Colbert asked Buttigieg how he felt about Senator Rick Scott and Representative Tony Gonzalez – both Republicans – receiving infrastructure funding after voting against the bill.

“It is striking that people went to the floor of the House or Senate and said, ‘No, this infrastructure funding should not happen’ and then they can’t wait to be there when that funding is coming to their district,” Buttigieg said, before recognizing that he still wanted to serve citizens in red districts.

“Politics aside, the people who live in those communities shouldn’t be punished because their Senator or their House member said no to this funding. We’re going to serve everybody equally,” he acknowledged, prompting enthusiastic applause from the audience.

Buttigieg also shared that his mindset changed “completely” since adopting twins with his partner, Chasten.

Buttigieg said that his view on public service and infrastructure changed dramatically when he and his partner Chasten adopted twins.
(CBS/The Late Show With Stephen Colbert)

“We’re making decisions that will, you know –  my children, when they are old, will be depending, in some cases, on bridges and tunnels and trains and airports and things that we’re going to build right now in the early 2020s,” Buttigieg explained.