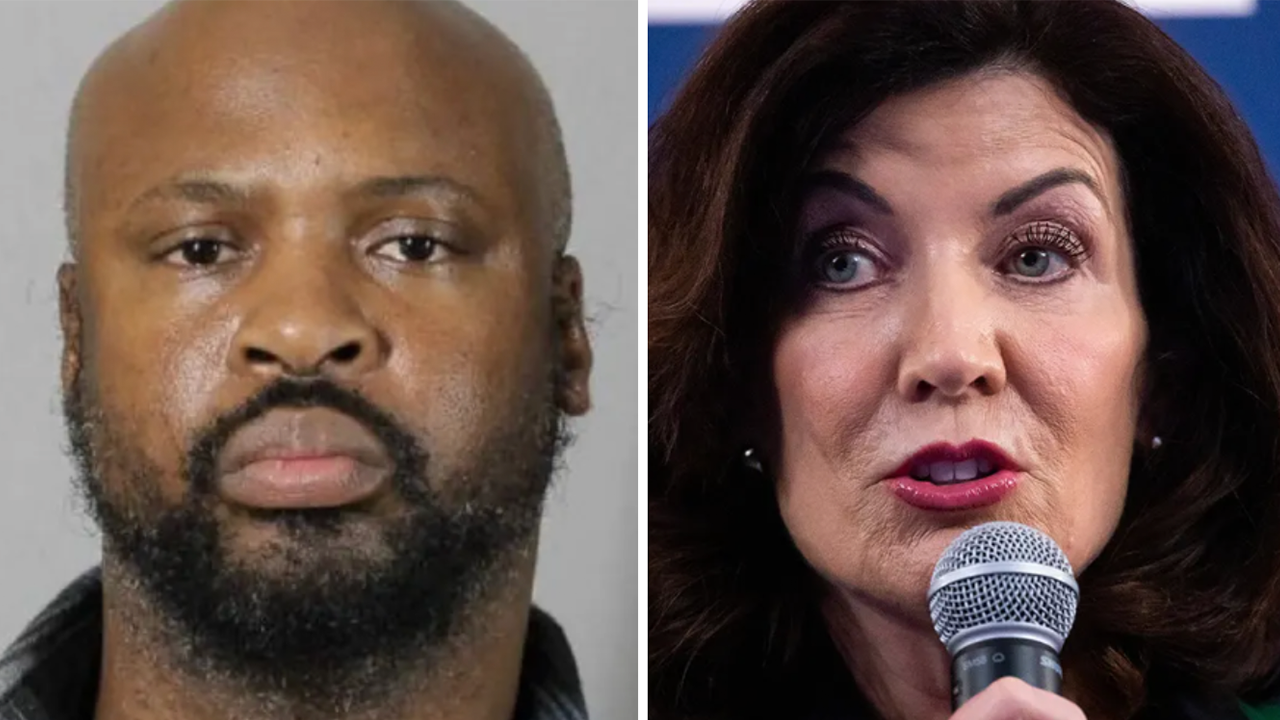 A New York mother who is grieving the murder of her daughter, which was allegedly carried out by the daughter’s estranged husband, blamed Democratic Gov. Kathy Hochul’s support for the state’s no-cash-bail law for the woman’s murder.

“She should be charged for the crime. She’s also responsible for the crime,” Tammy Hudson told The New York Post this week of Hochul.

Hudson’s daughter Keaira Bennefield, 30, was fatally shot in front of her children at about 8:30 in the morning on Oct. 5, less than 24 hours after her estranged husband was released from custody without bail for allegedly beating her.

Adam Bennefield, 45, allegedly rammed his car into his wife’s vehicle that morning while she was taking her three children to school. The kids, who range from ages 6 months to 9 years, were in the car when he allegedly shot her execution-style.

Adam Bennefield, 45, allegedly killed his estranged wife hours after being released from police custody on no bail.
(Buffalo Police Department)

Keaira Bennefield had begged police to help her in the weeks leading up to her death, according to the New York Post. Adam Bennefield has a previous conviction for kidnapping another woman at gunpoint and had allegedly abused his estranged wife.

Keaira Bennefield had posted an eight-minute video to Facebook documenting her husband allegedly kicking and punching her in late September.

​​”This is what this man dose to me but i’m always treated like i’m the abuser!” she posted on the social media website.

He was arrested about a week later after the alleged assault and charged with misdemeanors, including third-degree assault, fourth-degree criminal mischief, second-degree menacing, and second-degree unlawful imprisonment.

A judge issued an order of protection for Keaira Bennefield on Oct. 4, and released her husband from custody without setting bail due to the low-level charges.

“There was zero evidence for anything higher than that,” Erie County District Attorney John J. Flynn said, Fox News Digital previously reported. “The charges were correctly charged. The judge had no choice but to release this person.”

Hudson told the New York Post that her grandchildren “had blood all over their clothes” after the horrific murder.

“You planned it, you plotted it, you were upset, and you said, ‘I’m going to go do this to her.’” Hudson said of Adam Bennefield. “She was planning to leave him, and he was going to stop her.”

Hudson said Hochul’s support of no-cash bail directly led to her daughter’s murder. The governor has repeatedly supported bail reform in the state, but did present a 10-point plan in March that would tweak some aspects of the law. That plan won’t be taken up for consideration until at least January.

Bail reform went into effect in the state in 2020 and eliminated cash bail options for most nonviolent crimes and misdemeanors.

“It’s not real, it’s just something that you think will shut us people up,” Husdon said.

“But we need to be heard as people who are going through it. Steps need to be taken. I’m sick of the, ‘Oh, I’m sorry, is there anything I can do?’ when there’s nothing you can do, because that person won’t ever come back again.

“She failed me. She let me down and my daughter down, and she needs to make a change with the bail reform.”

Fox News Digital reached out to Hochul’s office for comment on Hudson’s remarks Wednesday morning but did not immediately receive a reply. A spokesperson for the office did tell the New York Post that the governor supports the family as they mourn the murder but did not address Hochul’s support of no-cash bail in relation to the murder.

“Governor Hochul’s top priority is to keep New Yorkers safe, which is why she worked with the legislature to crack down on gun crimes and repeat offenders and further expand the types of cases where judges have the discretion to set bail, and strengthened Red Flag Laws to keep guns out of the hands of dangerous individuals, including domestic abusers,” the spokesperson said.