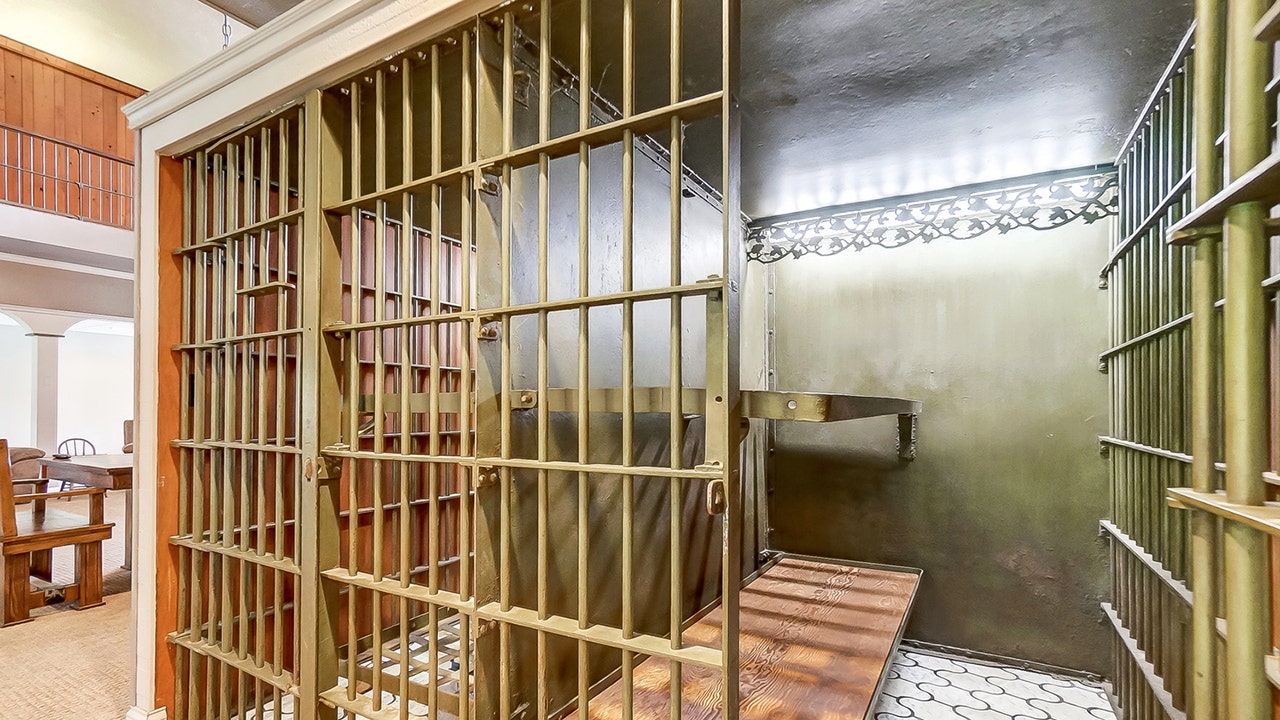 A North Carolina judge sent a prospective juror to jail after he refused an order to wear a mask, despite there being no mandate on the books.

“I never thought I would show up to jury duty and end up behind bars. So it happened,” Gregory Hahn told Tucker Carlson on “Tucker Carlson Tonight.”

Judge Charles Gilchrist, who was first nominated to the bench by former Democratic Gov. Bev Purdue, remanded Hahn to custody after he refused the judge’s order to put a mask on. The Harnett County Courthouse in Lillington reportedly does not have a mask mandate. Wearing masks, Hahn said, was optional at the courthouse, and North Carolina Democratic Gov. Roy Cooper lifted his statewide mandate months ago.

A sign greets travelers at the I-85 North Welcome Center in Grover, N.C., in October 2022.
(Charlie Creitz/Fox News)

Hahn, who is reportedly a Navy Veteran who served as a member of the President’s Honor Guard at Arlington National Cemetery,  noted there were 98 jurors and that clerks told the pool that Gilchrist personally required masks in his courtoom.

“We were in [an assembly room] for about 20 to 30 minutes, shoulder-to-shoulder, with three-quarters of us not wearing masks,” he recalled.

“So the virus — if there was virus out there – contaminated us anyway. So I was called when they called roll call, I made eye contact with the clerk and she said, ‘I need you to come over here for not wearing the mask.’”

After being summoned to the bench, Hahn recalled telling Judge Gilchrist that Cooper dropped the state mandate May 4, and that Harnett County doesn’t have one.

Gilchrist informed Hahn the penalty for contempt could be a $500 fine and 30 days in prison. When Hahn refused to put on a mask, he was ordered to spend 24 hours at the Harnett County jail.

“It was the worst 24 hours of my life. I was refused to make a phone call to my minor child who is home,” he said.

“I asked to be excused since I wasn’t even selected for jury duty yet; it was still orientation. He could have exempted me. There was 98 people that showed up for jury duty and I thought I was just going to be in a holding cell for 24 hours.”

A woman wears a face mask incorrectly, below her nostrils and nose.
(iStock)

Instead, that evening, he was asked to put on an orange jumpsuit and given a collection of toiletries.

Losing track of time and in a cell with another inmate, he recalled being called outside by jail authorities and passing guards watching “Monday Night Football.”

Hahn said he therefore was able to contend it was nighttime, after which they put him in a solitary cell until the next afternoon.

Host Tucker Carlson said the judge “sounds like a complete lunatic,” hoping that he will be pulled from the bench after the incident.

“You would have been better just selling fentanyl to children because that’s now allowed,” the host said, adding that Gilchrist likely singled Hahn out because of the current governmental habit of trying to separate the disobedient from the obedient.

“I can tell just by looking at you. You’re probably not a Biden voter. And my guess is I’m just guessing here. My guess is that the judge could feel that, too. Do you think they may have had something to do with it? You’re not obedient.”