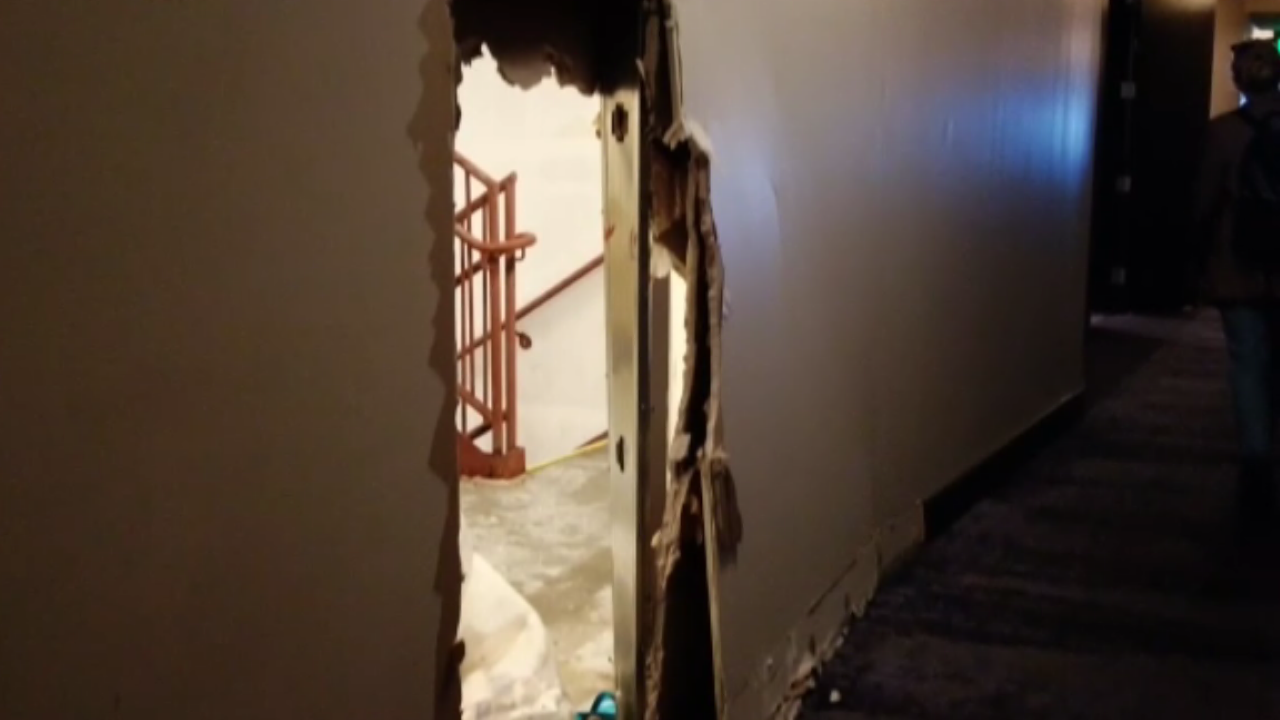 A San Francisco man was arrested on Tuesday morning for allegedly vandalizing a 29-story apartment building by opening up a fire hose valve, forcing tenants to evacuate massive floods.

Firefighters were called to 100 Van Ness in the Civic Center neighborhood at 5:30 a.m. due to reports of a fire alarm. First responders reportedly found a naked man next to a pipe that was gushing water.

The suspect, identified as 46-year-old Michael Nien by FOX 2 San Francisco, was a resident of the high-rise building. Residents say that he opened a fire hose valve on the 11th floor, causing high-pressure floods to surge throughout the building.

The suspect was arrested for felony vandalism and resisting arrest on Tuesday. He was later booked into San Francisco County Jail.

The suspect who caused the flooding was arrested for felony vandalism and resisting arrest.
(FOX 2 San Francisco)

Pictures taken on Tuesday show massive holes in the building’s walls that were caused by the powerful floods.

Tenants were reportedly frustrated by the incident, which rendered elevators inoperable. Residents now have to walk up and down as many as 29 flights of stairs until the elevators are repaired.

“Water was gushing out,” resident Emily Igler told FOX 2 San Francisco. “There was like a six-foot tall massive spray of water coming out ten feet down out of the water main.”

“We’re definitely not staying here,” the resident added. “Our bedrooms are squishy and there’s water everywhere.”

The flooding rendered elevators inoperable, forcing tenants to walk up and down as many as 29 flights of stairs.
(FOX 2 San Francisco)

Fox News Digital has reached out to San Francisco Police Department for more information but has not heard back.