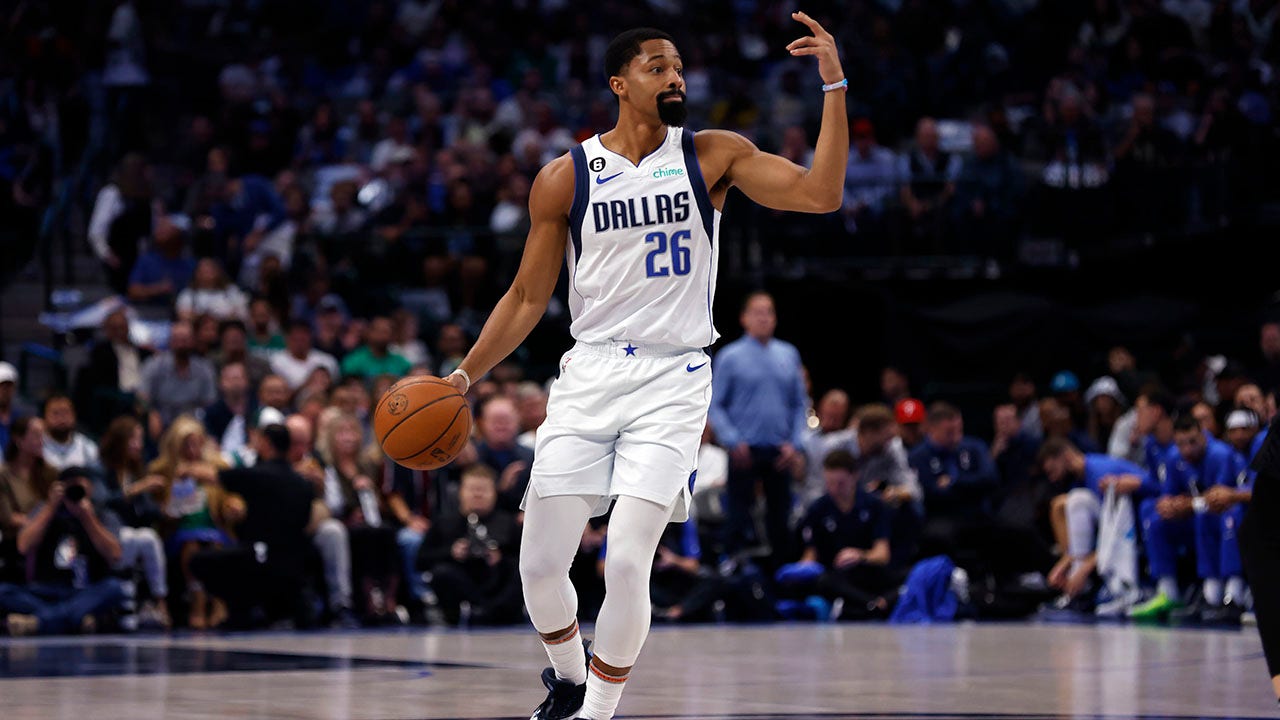 Dallas Mavericks guard Spencer Dinwiddie did not appreciate NBA referee Tony Brothers’ alleged description of him to his Mavs teammates.

On Friday night, Dinwiddie was assessed a technical foul by Brothers with 47.8 seconds remaining in the second quarter.

Crew chief Tony Brothers looks on during the game between the Rockets and San Antonio Spurs at Toyota Center on Oct. 2, 2022, in Houston.
(Alex Bierens de Haan/Getty Images)

Dinwiddie told reporters that after protesting the call, Brothers used profanities to describe him to one of his teammates.

LEBRON JAMES SHARES THOUGHTS ON KYRIE IRVING, SAYS HE ‘CAUSED SOME HARM TO A LOT OF PEOPLE’

“I apologize to Tony Brothers for what seemed to keep him irate, which was a clap,” Dinwiddie said in his post-game press conference following a 111-110 win over the Toronto Raptors. “I think he thought it was disrespectful. If you watch the games, and I know that’s what refs are supposed to do, I clapped to get the attention of my teammates, things of that nature. So, it was nothing personal. So, as a man, I would like to say I’m sorry, first and foremost.

KYRIE IRVING FINALLY APOLOGIZES AFTER NETS SUSPENSION: ‘I AM DEEPLY SORRY TO HAVE CAUSED YOU PAIN’

Dinwiddie said he wasn’t mad about the language used, but did not appreciate what was reportedly said behind his back.

Spencer Dinwiddie of the Mavericks dribbles the ball against the Toronto Raptors on Nov. 4, 2022, at the American Airlines Center in Dallas.
(Glenn James/NBAE via Getty Images)

“I’m not even mad at the language,” Dinwiddie said, according to ESPN. “Everybody has said things before when they are upset or feeling sensitive or hurt. That’s fine. Just say it to my face.”

Brothers, who has been a referee in the league for 29 years, was not made available for comment after the game.

Spencer Dinwiddie of the Mavericks calls a play against the Utah Jazz at American Airlines Center on Nov. 2, 2022, in Dallas.
(Ron Jenkins/Getty Images)

In the Mavericks’ third straight win, Dinwiddie scored 21 points on 8-17 shooting from the floor. Teammate Luka Doncic had 35 points on the night, his eighth straight 30-plus point game to start the season.