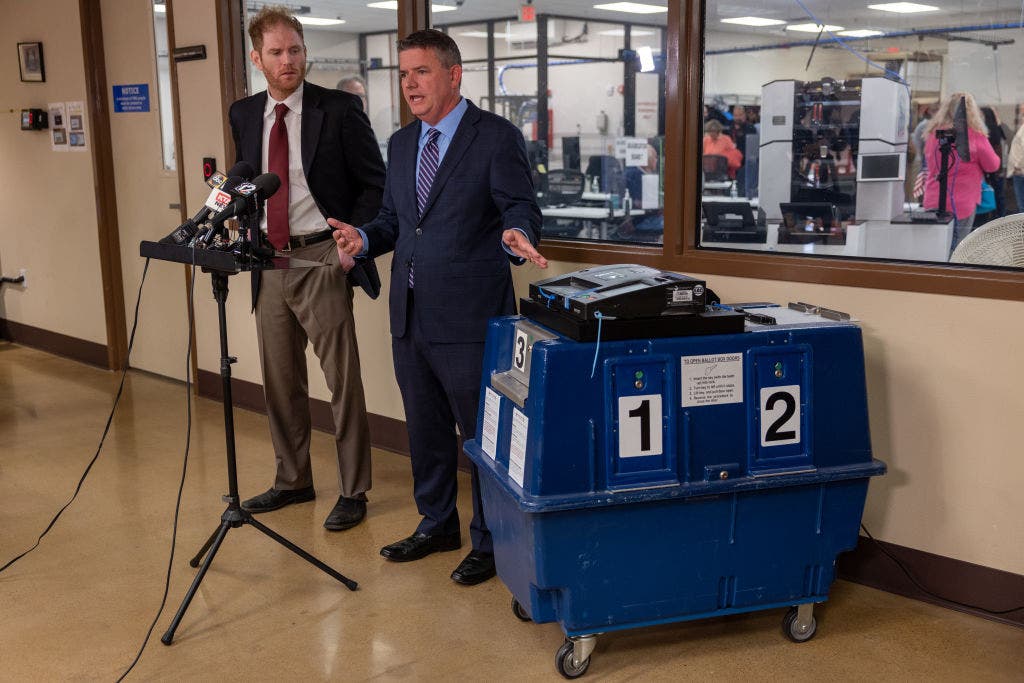 An Arizona court ruled against a Republican-backed lawsuit to keep polls open for provisional ballots in Maricopa County after “hiccups” with some vote tabulators earlier in the day caused confusion at polling places.

“The court does not have evidence there was a voter who was precluded the right to vote from what was presented,” the judge said minutes before polls closed Tuesday.

“From what I’ve seen they all got a collection of their vote,” the judge also said as the lawyer for GOP Senate candidate Blake Masters’ campaign argued before the court. Masters’ campaign, the Republican National Committee and the campaign for Arizona gubernatorial candidate Kari Lake were behind the lawsuit.

Fox News previously reported Tuesday that many polling sites in the county were experiencing problems.

“Unfortunately, we’ve had some hiccups with about 20% of these tabulators,” chairman to the Maricopa County Board of Supervisors Bill Gates told Fox News.

The GOP lawsuit said the issues hit “at least 36% of all voting centers.”

Maricopa County’s lawyer also Tuesday night argued that it is “simply not true” that some voters were denied the chance to vote. Ballots that could not go through the tabulators at polling places, they said, were put in a box and sent to a central counting location to be tabulated.

“We must treat all the counties the same,” the county’s lawyer said. “That’s not giving equal access to the ballot to everybody. So the relief would be more harmful.”

A lawyer for the campaign of Sen. Mark Kelly, D-Ariz., meanwhile, argued the GOP lawsuit should be invalid under the legal doctrine of “laches” – meaning that they waited for too long to file it.

The lawyer for Masters’ campaign, however, said the case was too important to not keep the polls open.

“It’s entirely possible this issue” could determine “our governor for the next four years, and the majority control of the United States Senate,” the Masters lawyer said. “If the margin of victory or loss is so close that it could determine the outcome, then we’ll come back to you and we’ll argue about what to do about these ballots.”

That argument did not win out in the end.

“Maricopa County has identified the solution for the tabulation issues at about 60 vote centers, county technicians have changed the printer settings, which seem to resolve the issue,” one official said. “It appears some of the printers were not producing dark enough timing marks on the ballots.”