LAURA INGRAHAM: This is how important Hispanic-Americans are in our life and our politics 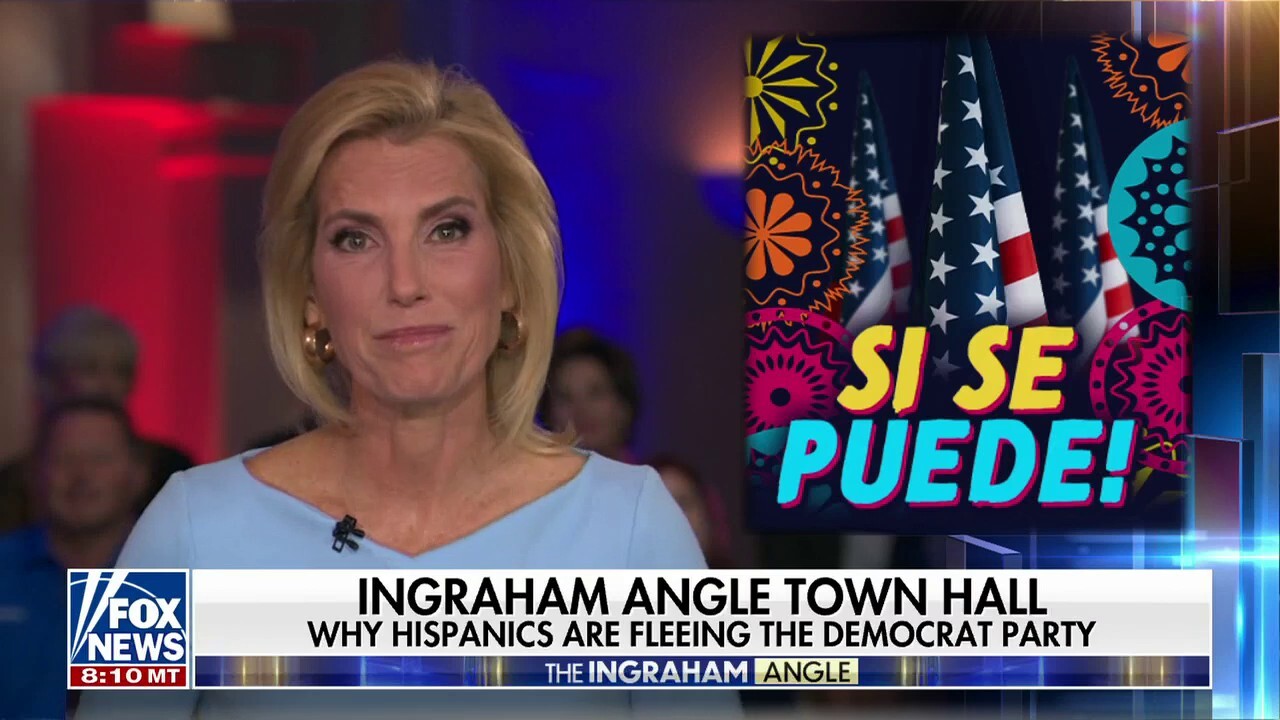 Laura Ingraham discusses how conservatives are now winning over Hispanics prior to midterms on ‘The Ingraham Angle.’

Laura Ingraham discussed how Hispanics voters are leaving the Democratic voter base for conservatives on “The Ingraham Angle.”

LAURA INGRAHAM: IN TWO WEEKS, THE VOTERS IN LIBERAL STRONGHOLDS HAVE A CHANCE TO SAVE THEMSELVES

LAURA INGRAHAM: Although Biden won the Hispanic vote by 21 points, 59 to 38, that was down significantly from Hillary’s 38 point advantage. Meanwhile, Trump surged broadly among Hispanics, gaining about ten points from 2016 to 2020. And all along, what Republicans needed was a GOP that would fight for the working people, be tough on crime and unnecessary and frankly stupid wars, and stand up for conservative values.

And if you didn’t know just how important Hispanic-Americans are in our life and our politics, well, just consider this. In 2022, nearly 35 million Latinos will be eligible to vote, or 14% of the nation’s eligible voters. In recent elections in Arizona, they represent one in four of all voters. In Nevada, one in five in Florida – one in five. And here in Texas, three in ten. Although Hispanics still prefer the Democrat Party, let’s face it, by about a 2 to 1 margin, that margin has been slowly and steadily shrinking.