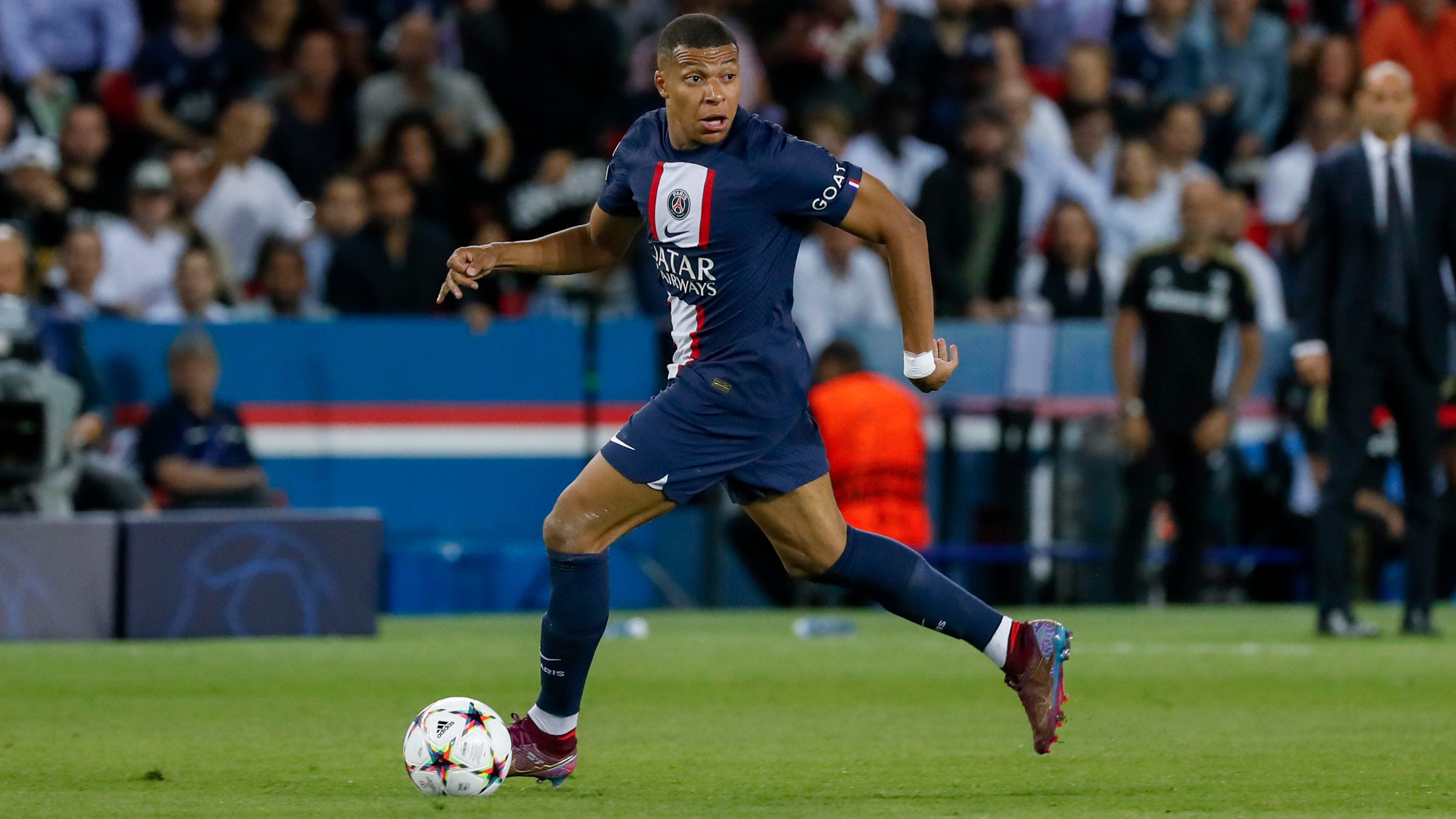 Kylian Mbappe, the French soccer star, wants to leave his current club Paris Saint-Germain in January because of a reported “broken down” relationship.

Mbappe had just signed a new deal with PSG in May that made him the highest-paid player in the world, but the club’s direction on and off the field is causing a rift, reports ESPN.

Real Madrid is the club that Mbappe prefers to be dealt to, though he seems open to any new team.

The 23-year-old signed on to remain in his home country with their best team through 2025, but it appears that he believes a mistake was made in signing the contract. PSG sporting director Luis Campos, president Nasser Al-Khelaifi and manager Christophe Galtier seemed to have made promises that weren’t kept to Mbappe, according to ESPN.

PSG is reportedly tried to mend things with their star player to avoid his departure prior to their game against Benfica in UEFA Champions League. Mbappe scored on a penalty kick in a 1-1 draw.

“I am very surprised because I spend all my days with Kylian Mbappe, and he never once asked me or the president to leave in January,” Campos told RMC Sport.

ESPN added that Mbappe’s relationship with Neymar, the Brazilian star, has “deteriorated” as well.

Mbappe’s deal, a three-year pact, has been earning $128 million for the 2022-23 season with PSG, per Forbes. This surpassed legends Lionel Messi, another PSG player, and Cristiano Ronaldo.

“I am trying to reassure him by finding different options,” Galtier told reporters on Monday. “I don’t know what the club told him before I arrived in the summer, but we are very sensitive as to how he feels and what he says because he is a very important player for the team.”

Mbappe already has four goals in four Champions League games, while totaling eight in nine matches in Ligue 1, which PSG has won four of the last five years including last season’s title.

Mbappe plans to play with the French national team during the FIFA World Cup in Qatar next month.