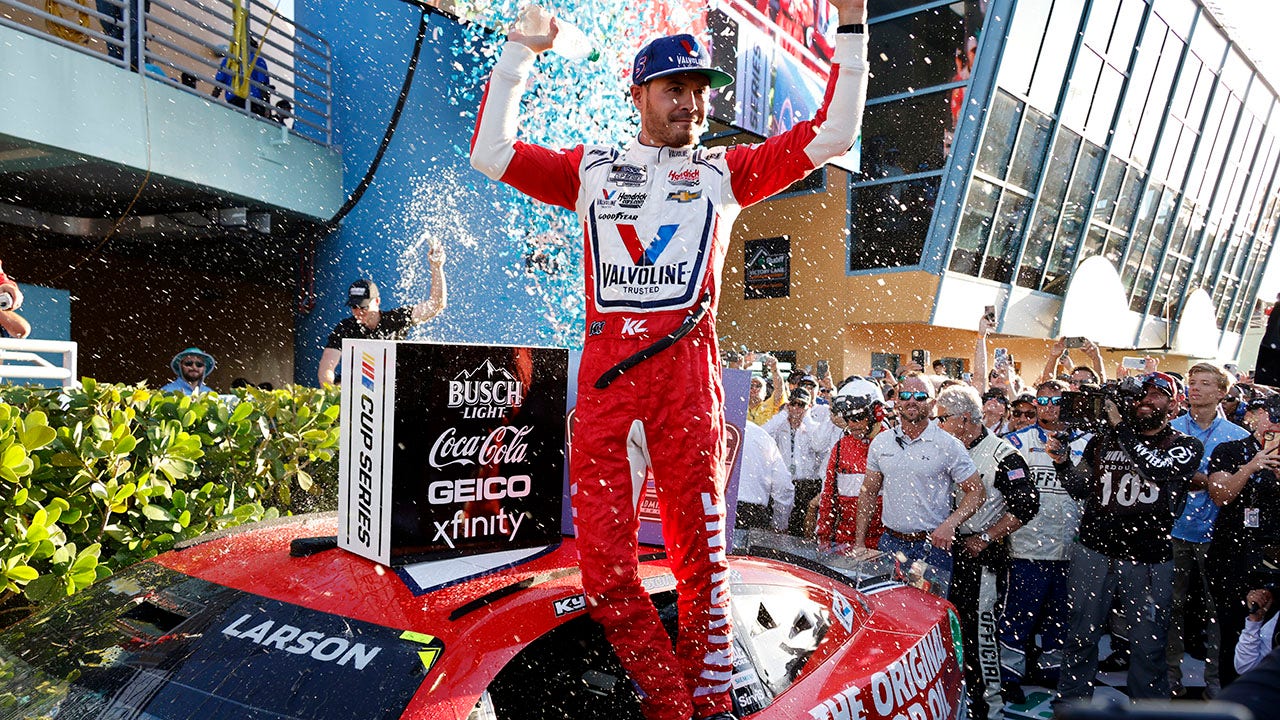 Kyle Larson turned up in Victory Lane on Sunday one week after he was wrecked by Bubba Wallace in a retaliatory move and was on the receiving end of the driver’s frustrations.

Larson came to Homestead-Miami Speedway and dominated. He led 199 of the 267 laps and held off Ross Chastain at the end to pick up the victory. He won Stage 1 and Stage 2.

While the defending NASCAR Cup champion will not be able to win the title again this year, he can still pick up a victory for the Hendrick Motorsports team.

“We’re still technically not out of it,” Larson said. “I can’t win the championship, but it means more to me to win it as a team. We’re going to go to Phoenix and try to get another championship.”

Larson was involved in an incident at Las Vegas last week. Wallace was trying to get around Larson and was run up into the wall. Wallace followed Larson down the apron and wrecked him in a dangerous move. Wallace was suspended for the incident.

“No matter what team I’ve been with, things haven’t worked out on my end to get a win, so glad to get one today,” Larson said, via NASCAR.com. “Definitely the best run we’ve had all year long. We’ve been capable of it, I feel like many weekends, we just hadn’t quite put it all together. [Crew chief] Cliff [Daniels] gave a great speech this morning and got us all ready to go and focused.

Larson clinched a spot in the filed that will decide the owners’ title in Phoenix.

Wallace tweeted about the race, saying he ordered some “humble pie” as he sat back and watched the race.

The Championship Four field still has one more race before it is officially set for Phoenix.

Joey Logano is already locked in with his win at Las Vegas. Ross Chastain, Chase Elliott and William Byron have the other three spots ahead of the race next week in Martinsville.