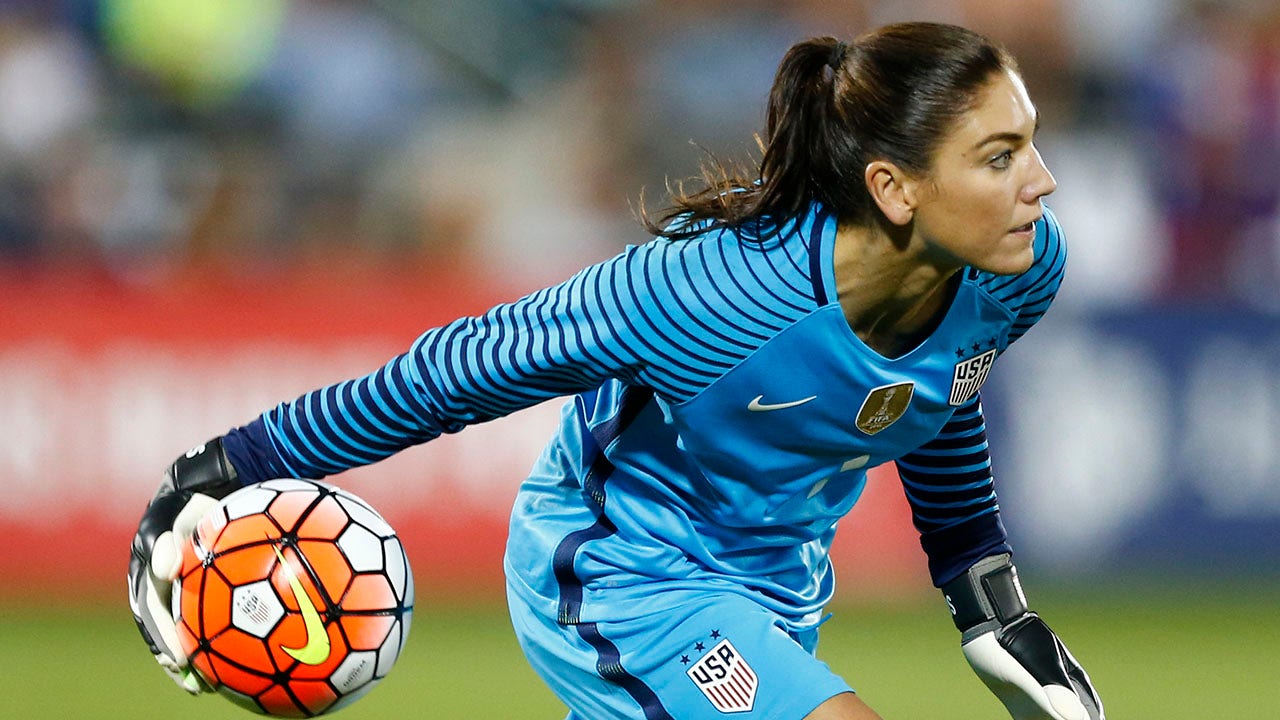 Hope Solo wants to object the $24 million settlement made this spring between her teammates and the U.S. Soccer Federation (USSF).

A lawyer for Solo filed a notice with a court informing them of Solo’s decision.

A lawyer for Hope Solo filed a notice with a court indicating the former U.S. goalkeeper wants to object to the settlement of the equal pay lawsuit between her former teammates and the U.S. Soccer Federation.
(AP Photo/Jack Dempsey, File)

The former U.S. women’s national soccer team (USWNT) goalkeeper and several of her teammates sued the USSF in 2019 under the Equal Pay Act and Title VII of the Civil Rights Act. The settlement resulted in the USSF signing collective bargaining agreements in order to give both the men’s and women’s teams equal pay.

However, Solo cites that $7.9 million of that settlement is going to lawyers.

Hope Solo of the United States looks on prior to the match against Colombia on April 10, 2016, in Chester, Pennsylvania.
(Rich Barnes/Getty Images)

HOPE SOLO SENDS MESSAGE AFTER ARREST: ‘OUR FAMILY IS STRONG AND SURROUNDED WITH LOVE’

“Without knowing how much each player — including me for our Title VII claims — will be paid, or when we will get paid, it’s impossible for players to determine whether or not the proposed settlement and whatever payment we each receive is fair, adequate or reasonable,” she said.

There is a hearing scheduled for Dec. 5 for final approval on the settlement.

Solo filed a lawsuit back in 2018 against the USSF alleging violations of the Equal Pay Act and sex status discrimination — that suit has not gone to trial yet.