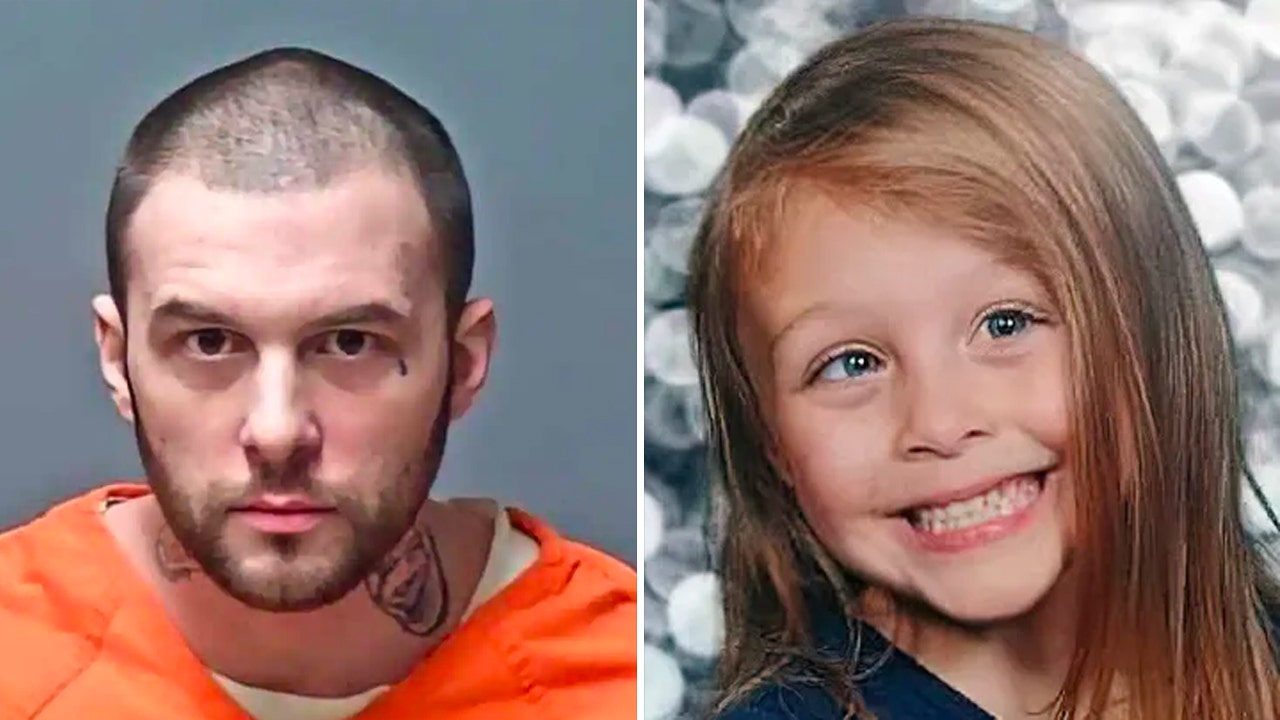 Montgomery is accused of a slew of crimes, including the beating death of his own 5-year-old daughter Harmony in December 2019.

Thursday’s hearing was on felony firearms charges. The New Hampshire man had been convicted of shooting a drug dealer in 2014 and is now accused of stealing guns and as a result being a felon in possession of firearms.

In the firearms case, court documents revealed earlier this week that his estranged wife, Kayla Montgomery, told police that he beat his daughter to death on Dec. 7, 2019, and asked her to stick with his “cover story” and hide the crime.

Adam Montgomery, Harmony’s father, allegedly pummeled the little girl in the head with a closed fist on Dec. 7, 2019.
(Manchester Police)

Adam Montgomery’s attorneys have moved to preclude his wife’s statements on the grounds that prosecutors waited too long to reveal them in violation of discovery rules.

His public defender Caroline Smith repeatedly referred to the new statements as a “paradigm shift,” in a pool stream of the hearing from WMUR.

Kayla Montgomery, 31, was arrested once again in Manchester, N.H., on Friday for allegedly lying to a grand jury.
(Manchester Police)

Harmony’s disappearance went unnoticed for two years, when her noncustodial mother finally reported her missing after repeated, unsuccessful attempts to contact her ex and her child.

After police following up on the missing person report could not find her, they arrested Adam Montgomery in January on child abuse and other charges.

Among the allegations, he is accused of punching Harmony in the face in the summer of 2019, giving the partially blind child a black eye.

He also served time for shooting a man in Massachusetts in 2014 and is a suspect in an unrelated cold case murder.

Harmony’s remains have not been found.