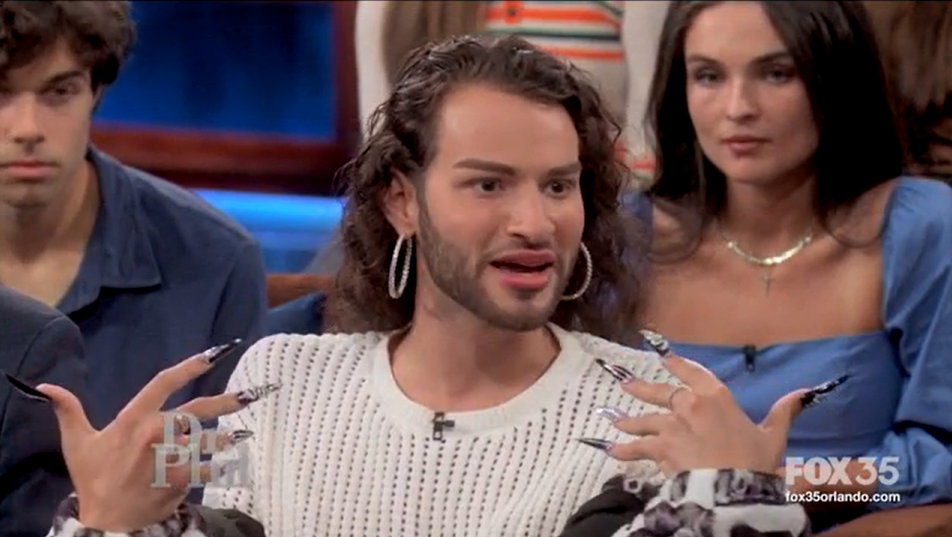 Phil McGraw, better known as Dr. Phil, hosted a verbal brawl between members of the Baby Boomer generation and Generation Z over issues like cancel culture, with one guest suggesting it is a “positive thing” that people can be penalized for offending others.

On the episode “Boomers vs. Zoomers: An Old-Age Debate,” Dr. Phil asked the younger Gen Z crowd, “Why are comedians not even willing to come on college campuses anymore because they’re scared to death they’re going to say something that offends?”

One young content creator named Victoria suggested that “social repercussions have always existed,” and said, “I think that just as a generation we’re becoming more aware of how bigotry, even if it’s in the form of a joke, really negatively impacts people. And so I think that while social repercussions are nothing new, what we penalize people for saying is changing. And I think that that’s a positive thing.”

Another young TikTok artist named Neekolul, who helped popularize the “Ok, Boomer” meme, suggested, “Stereotypes used in comedic stand-up is just simply— just, like, not ok anymore. So you can say whatever you want, but you need to be also be ready for the repercussions of what you say.”

Conservative commentator Brad Polumbo fired back, “You’re not free to say whatever you want if you get fired for an off-color joke. How would you feel when it’s you who is out of step with the social mores of the day?”

Victoria said to Polumbo that while canceling people for what they say is not new, now it is being done for more morally correct reasons:

“I think you’re still acting like this is something new, though. People have been fired for things that they’ve said for forever, but now we’re seeing an era where, if you’re disrespectful or bigoted towards someone, you get fired for that, I don’t see that as a bad thing.”

Dr. Phil replied, “The point is, the threshold has really gotten low.”

Greg Lukianoff, the president of the Foundation for Individual Rights and Expression, explained that rates of depression among young people are skyrocketing and there is nothing historically normal about the current form of cancel culture.

Dr. Phil has discussed some of America’s most controversial political debates in recent weeks, frequently discussing the phenomenon of cancel culture. Copyright: CBS.

“I really want to address the idea that what’s going on currently with regard to free speech is in any way normal,” he warned. “We checked our latest data on attempts to get professors canceled on campus. It’s 770. It involves over 40 tenured professors getting fired. You didn’t have these kinds of numbers even during McCarthyism. So the idea that this is just business as usual is just wrong. They’re going to be studying this in 100 years and be like, ‘What on earth happened?’”

Dr. Phil recounted how the phenomenon of wokeness and cancel culture really began to spread in America when people began to equate words with physical violence.

“Yeah, and this really started kicking up around 2013, ’14, when they started medicalizing these words essentially by saying, ‘This hurts me, this damages me,’” the host said.

“You know, I grew up with the old ‘sticks and stones will break your bones, but words shall never hurt you.’ But that changed when they start saying, ‘This hurts me. I don’t feel safe. Now it will have to be dealt with by administration,’” said Dr. Phil.

Columbia University was ranked last for free speech on campus in a new survey by The Foundation for Individual Rights and Expression (FIRE).
(Fox News)