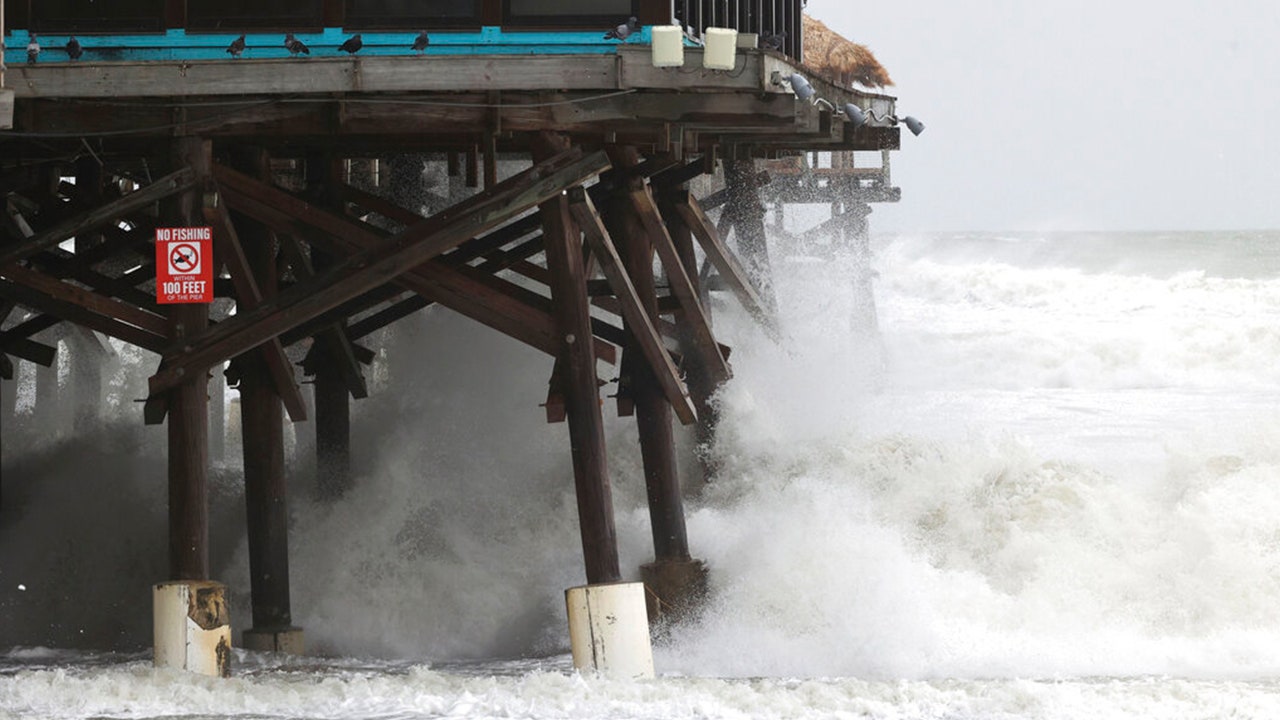 Hurricane Nicole officially made landfall in Florida near Vero Beach around 3 a.m. Thursday morning, according to the National Hurricane Center.

Evacuations were ordered across Florida, including former President Donald Trump’s Mar-a-Lago estate. The storm surg is expected to peak Thursday morning between 8 and 9 a.m.

The storm is now expected to head towards the Orlando metropolitan area before moving north.

The storm marks the third time in recorded history that a November hurricane had made landfall in Florida.
(Fox Weather)

The storm prompted Disney World and Universal Orlando Resort to close early on Wednesday. The amusement parks will likely stay closed through Thursday.

Major coastal flooding is expected from the Florida Space Coast to up to South Carolina.
(Fox Weather)

Major coastal flooding is expected from the Florida Space Coast to up to South Carolina. Tornadoes also remain a possibility from across east-central to northeast Florida Thursday morning.

On Wednesday, Florida Governor Ron DeSantis said winds were the biggest concern and significant power outages could occur. The governor emphasized that 16,000 linemen were on standby to restore power, as well as 600 guardsmen and seven search and rescue teams.

“It will affect huge parts of the state of Florida all day,” DeSantis said at a presser in Tallahassee.

Forty-five of Florida’s 67 counties were under a state of emergency declaration.

The Federal Emergency Management Agency is still responding to those in need from Hurricane Ian.