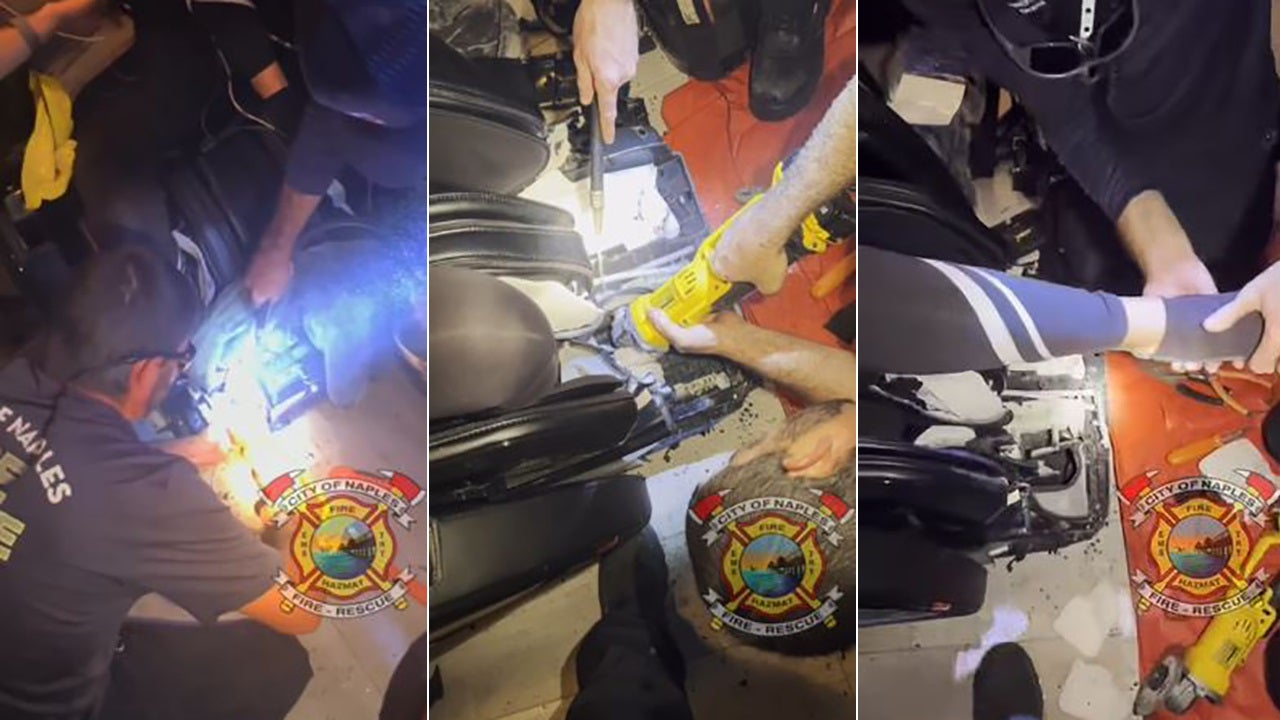 Firefighters in Florida cut open an electric massage chair last week after a woman’s foot got stuck in the machine.

The Naples Fire-Rescue Department posted video to its social media on Friday that shows crews working to rescue the woman as she howls in pain.

Firefighters cut the power to the machine and began to take it apart, officials said. Crews used a grinder to take apart the steel rods that hold the rollers of the massage chair in place.

As rescuers tried to free the woman’s foot, video shows that it appeared to be wedged in the machine.

“We got it,” a firefighter is heard saying as they pull her foot from the machine. “It was cramped in that spot.”

Officials said the woman was evaluated for injuries at the scene and released. Her identity was not released.

It was unclear where in Naples the incident occurred.