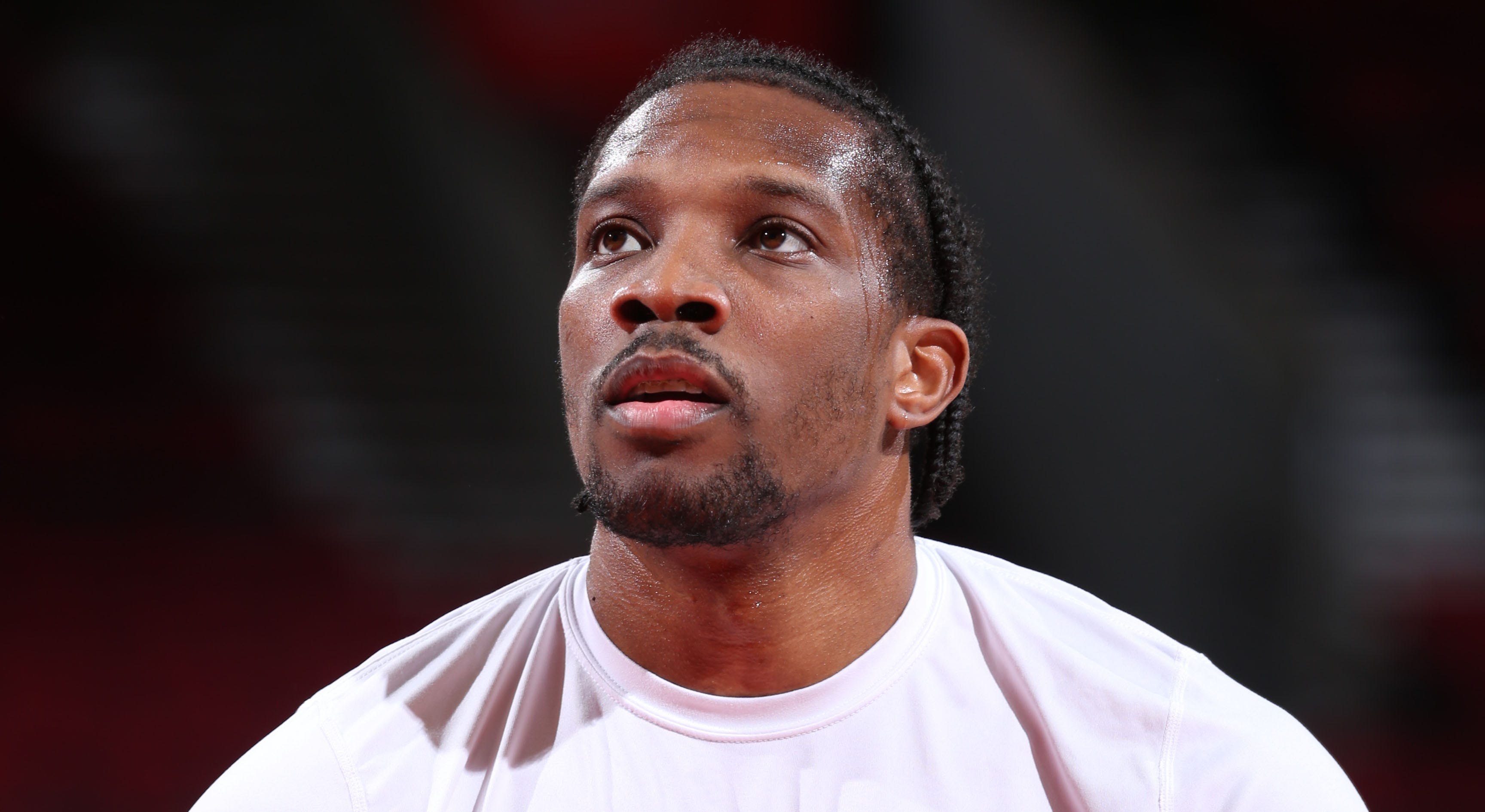 Bledsoe was charged with misdemeanor domestic violence Wednesday night, TMZ reports, after a woman claimed she had been slapped by her boyfriend.

Lost Hills Police in California responded to the call at 11:13 p.m. Wednesday.

The 32-year-old was booked at the Lost Hills Sheriff’s station and eventually released on bond.

Eric Bledsoe of the Portland Trail Blazers arrives to the arena prior to a game against the Denver Nuggets Feb. 27, 2022, at the Moda Center Arena in Portland, Ore.
(Cameron Browne/NBAE via Getty Images)

TMZ added that the woman posted a photo to her Instagram with what appears to be a red mark with a caption stating, “NO RELATIONSHIP LIKE THIS IS EVER WORTH STAYING IN.”

“Domestic violence is real! This wasn’t the first time but I sat here and stayed so it’s my fault!! ERIC BLEDSOE really is a monster,” the woman added.

NETS’ KYRIE IRVING SUPPORTS BEN SIMMONS AFTER LOSS TO BUCKS: ‘GIVE HIM A F—— CHANCE’

This arrest comes as Bledsoe reportedly signed with the Shanghai Sharks of the Chinese Basketball Association, per Sportando.

Eric Bledsoe of the Los Angeles Clippers dribbles in the second quarter against the Indiana Pacers at Gainbridge Fieldhouse Jan. 31, 2022, in Indianapolis.
(Dylan Buell/Getty Images)

The Clippers traded Bledsoe to the Portland Trail Blazers in February, but, due to an Achilles injury, he never played a game with them. He didn’t land on an NBA roster after that.

Bledsoe’s career began with the Clippers. He played his first three seasons with them after being the 18th overall pick in the 2010 NBA Draft.

Eric Bledsoe of the Portland Trail Blazers warms up before a game against the Denver Nuggets Feb. 27, 2022, at the Moda Center Arena in Portland, Ore.
(Sam Forencich/NBAE via Getty Images)

Since then, Bledsoe has played with the Phoenix Suns, Milwaukee Bucks and New Orleans Pelicans before returning to Los Angeles last season.