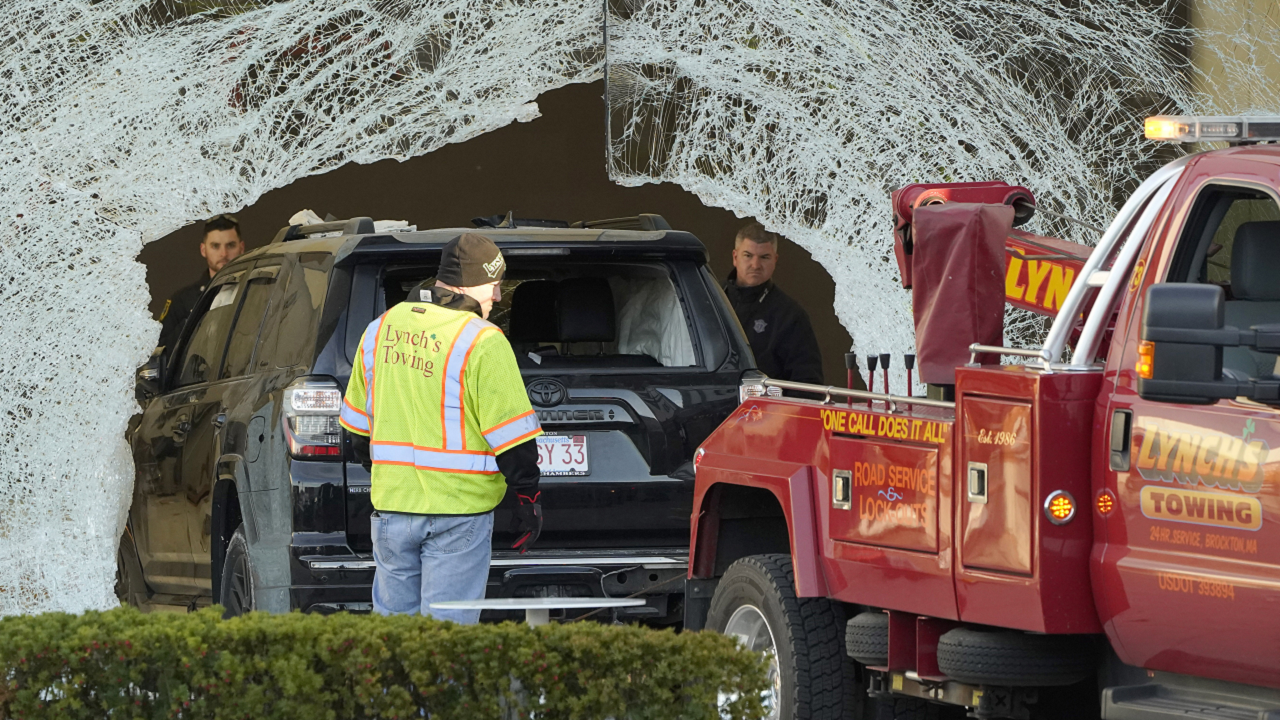 Massachusetts prosecutors announced Tuesday they have arrested a 53-year-old after an SUV crashed into an Apple store in Hingham, killing one person and injuring 16 others.

Bradley Rein was taken into custody last night and is facing a charge of reckless homicide by motor vehicle, according to Plymouth County District Attorney Tim Cruz.

Cruz said Rein is set to be arraigned in Hingham District Court. The arrest warrant targeting Rein was obtained after an “extensive” investigation by Massachusetts State Police and Hingham Police following the incident Monday morning, he added.

The vehicle, a 2019 Toyota 4Runner, crashed through the front glass window of the Apple store at the Derby Street Shops and was still lodged against its back wall as of early afternoon. Hingham police called for a tow truck to remove it.

ONE DEAD, 16 INJURED AFTER DRIVER CRASHES INTO MASSACHUSETTS APPLE STORE

Workers use a tow truck to remove a damaged SUV from inside an Apple store on Nov. 21, in Hingham, Massachusetts. At least one person was killed and multiple others were injured Monday when the SUV crashed into the store, authorities said.
(AP/Steven Senne)

“This morning was an unthinkable morning and people are trying to get through it and process what happened,” Cruz said at a news conference Monday. “This investigation is active and ongoing.”

Several calls were made to 911 around 10:45 a.m. about the crash, prompting first responders to rush to the scene before finding multiple people injured.

“A dark-colored SUV appears, went through at a rate of speed undetermined, through a … glass window and struck multiple people,” Cruz said.

Officials transfer a body into a medical examiner’s vehicle outside an Apple store in Hingham, Massachusetts, on Nov. 21.
(AP/Steven Senne)

Some people had been pinned against a wall by the vehicle, police officials said. The person killed was identified by authorities as 65-year-old New Jersey resident Kevin Bradley.

In a statement to Fox News Digital, Apple said it was “devastated” by Monday’s events.

“We are devastated by the shocking events at Apple Derby Street today and the tragic loss of a professional who was onsite supporting recent construction at the store, the company said. “Our hearts go out to our team members and customers who were injured and all of those who were affected by this terrible incident. We are doing everything we can to support our team members and customers at this very difficult time.”

A woman is tearful while standing behind police tape at a scene where an SUV drove into an Apple store, Monday, Nov. 21, 2022, in the Derby Street Shops, in Hingham, Mass. One person was killed and multiple others were injured Monday when the SUV crashed into the store, authorities said. (AP Photo/Steven Senne)
(AP)

Authorities have not said whether they believe the crash was accidental or intentional.

Greg Norman is a reporter at Fox News Digital.