Draymond Green shakes off backlash for punching teammate Jordan Poole: 'Look at all the upsides' 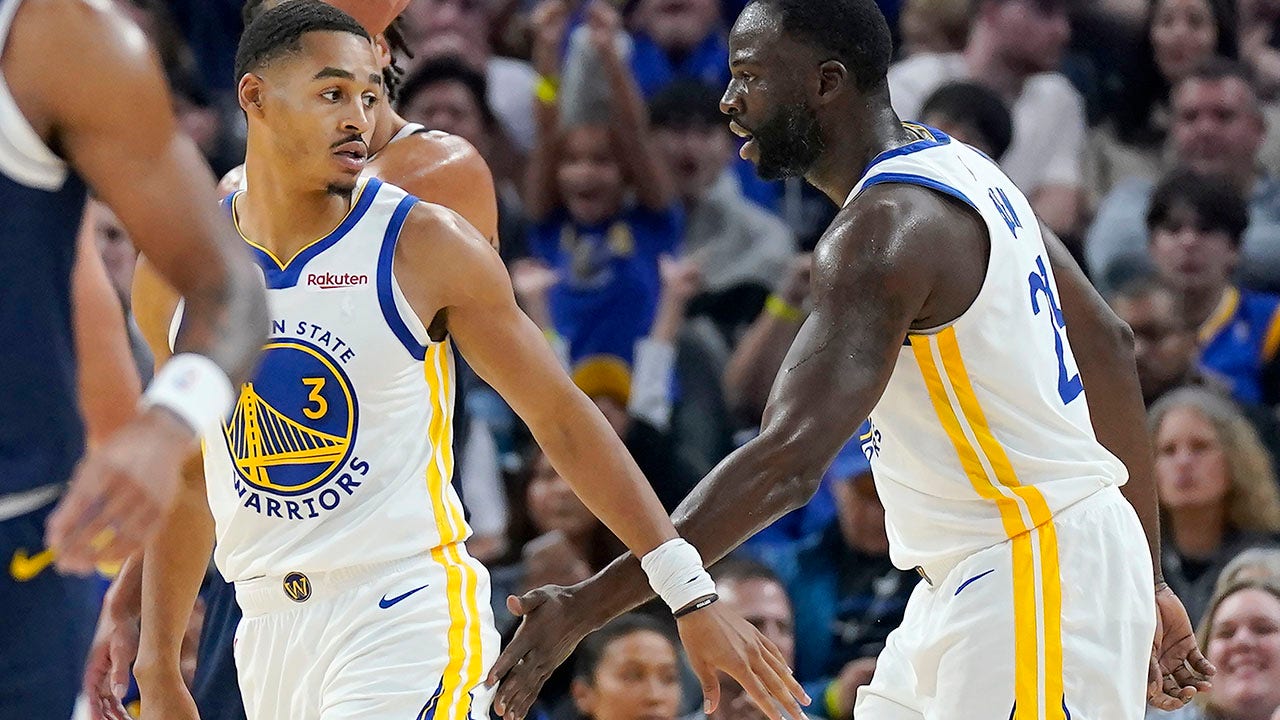 Green got plenty of backlash given the nature of the punch – it came from point-blank range after the two exchanged words.

But the 11-year vet isn’t worried about the backlash – frankly because he hasn’t even read the words against him.

“I don’t really read many tweets at all,” Green said on NBA on TNT Tuesday night, via TMZ Sports. “And, so I was just chilling at home with my children. If you want me to be honest with you, I still don’t know how much the world may think it blew up.”

Golden State Warriors guard Jordan Poole (3) is congratulated by forward Draymond Green after scoring against the Denver Nuggets during the first half of an NBA preseason basketball game in San Francisco, Friday, Oct. 14, 2022.
(AP Photo/Jeff Chiu)

Green called the incident “one of [his] worst moments,” but he was advised to “look at all the upsides.”

NETS’ KEVIN DURANT ON DRAYMOND GREEN PUNCH: ‘I’VE NEVER SEEN THAT UNTIL THE OTHER DAY ON CAMERA’

He was fined for the punch and voluntarily stepped away from the team for a few days – he was not suspended.

Poole recently signed a four-year extension with the team, so Green and Poole better work out their differences, if they haven’t already.

If there is one thing that will help, though, it’s winning – again. Green and Poole won the NBA Championship last season – Green’s fourth, Poole’s first – and they will begin their quest to repeat on Tuesday night at 10 p.m. against the Los Angeles Lakers.