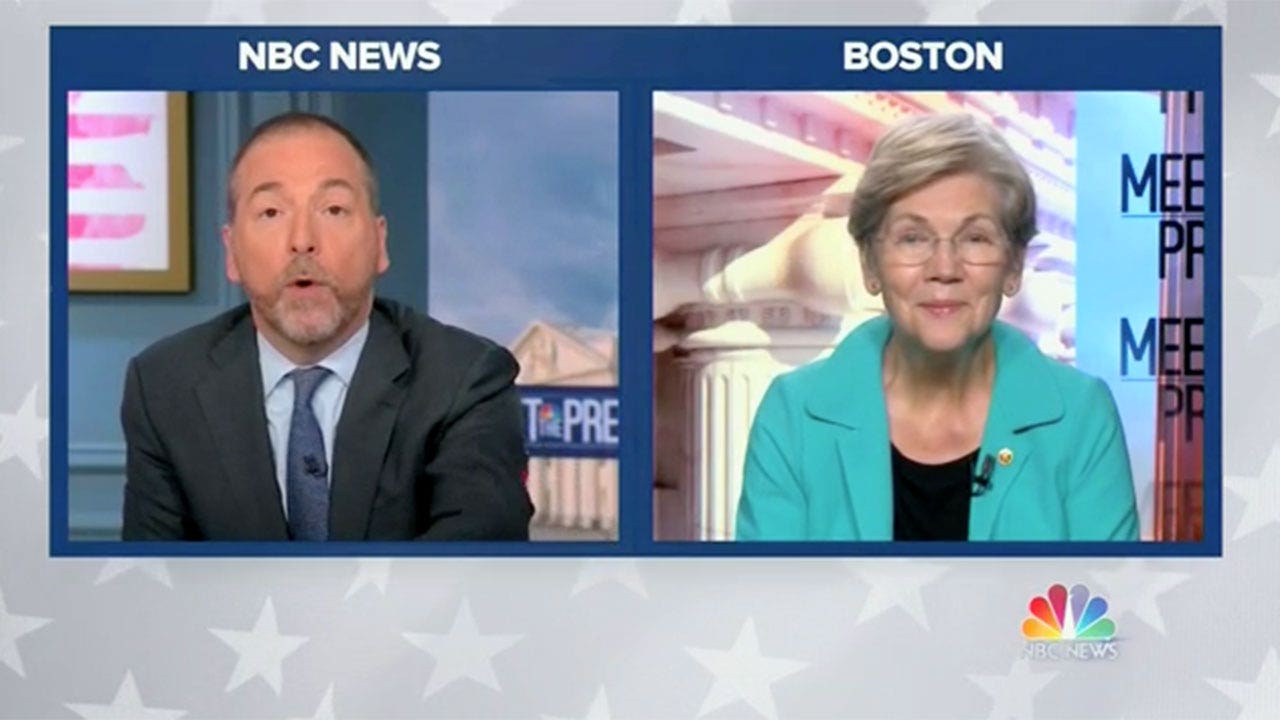 Sen. Elizabeth Warren, D-Mass., said Sunday that midterm victories belonged to President Biden and added that he put candidates in a position to “talk about what Democrats fight for.”

NBC’s “Meet the Press” host Chuck Todd asked Warren if she was concerned that Democrats might not be able to win against “normal Republicans” after noting that NBC exit polling showed Republicans were favored on every issue except for abortion.

“I do not have such a concern,” Warren said. “Donald Trump, with his preening and his selection of truly awful candidates didn’t do his party any favors, but this victory belongs to Joe Biden. It belongs to Joe Biden and the Democrats who got out there and fought for working people. The things we did were important and popular.”

Warren touted the Inflation Reduction Act and said Biden positioned Democrats to “talk about what Democrats fight for.”

“The president’s leadership put us in a position, every candidate, up and down the ballot, to talk about what Democrats fight for and what we deliver on. And by doing that, we were able to address the values and economic security of people across this country. And it sure paid off. It paid off at historic levels,” Warren said.

But pundits have observed how often Biden seems to be sidelined in this year’s midterm races. CNN Capitol Hill reporter Melanie Zanona suggested Sunday during CNN’s “Inside Politics” that Democrats were able to win “in spite of Joe Biden” and not because of him.

“I mean, you see Biden, he sat off on the campaign trail in a lot of the key races, he wasn’t making big campaign pushes, he wasn’t front and center and that seemed to help Democrats,” she said.

Biden was asked about what he might say to two-thirds of Americans who believe he shouldn’t run for re-election in 2024 during a press conference on Wednesday.

“Watch me,” the president told reporters.

Warren was also asked about Biden’s student loan forgiveness plans and whether she would codify his plan into law if it gets help up in court.

“I would be delighted to codify what the president is doing, but here’s the key. I don’t have any doubt that the president has the legal authority to cancel the student load debt. President Trump did it. President Obama did it, and President Biden has done it up on now on student lone debt payments but we have a court in Texas, and if they’re going to play politics instead of actually following the law, they do put the program at risk,” she said.