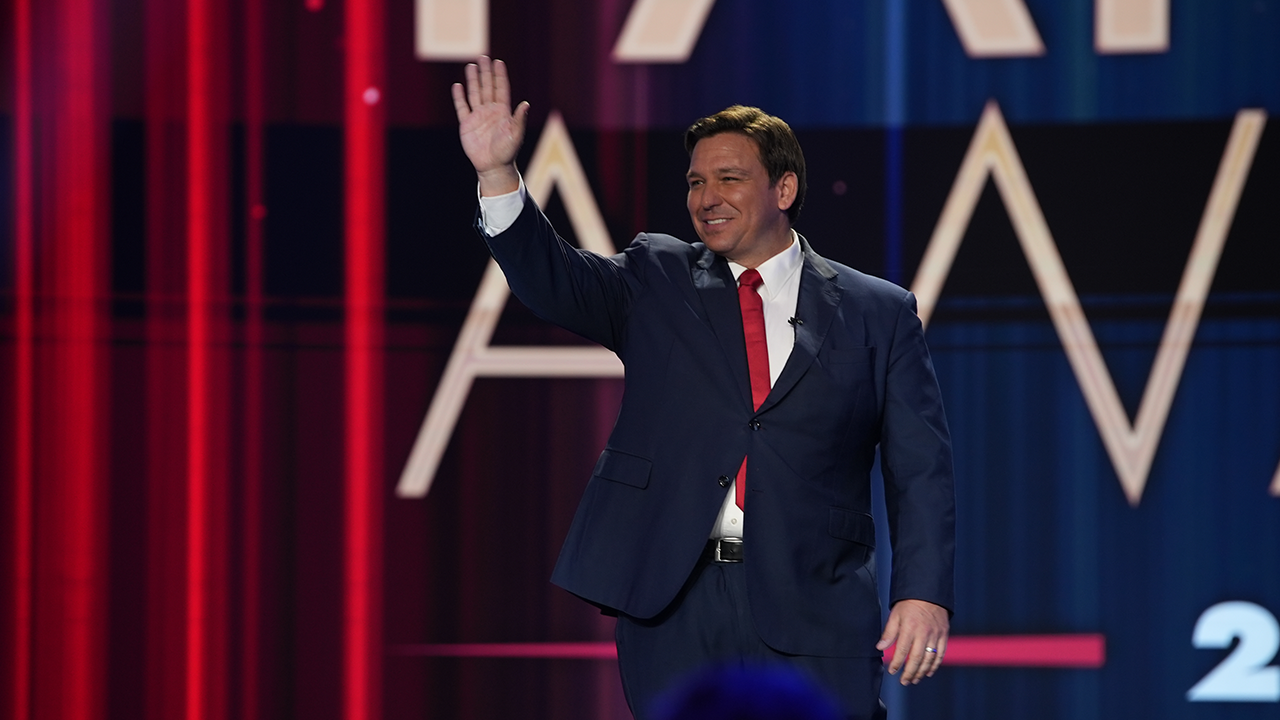 Politicos will be sifting through the results of the midterm election for months to come. I’m far from a pundit, but I am a parent, and one thing is clear: the war on America’s children is the central policy issue of our time. Voters rewarded Republicans who fought to protect children and families, and they are the new generation of leadership our country needs.

In my home state of Florida, Governor Ron DeSantis won a narrow victory of 30,000 votes four years ago. But that was before the COVID-19 lockdowns turned America’s schools into a political battleground. DeSantis made protecting Florida’s children and families a core part of his policy platform and political appeal.

Concerned parents came out in droves to support DeSantis, despite the media’s relentless efforts to paint him as a monster, because he went on offense to protect kids in schools. He won re-election with the largest margin in 40 years, broadening his demographic and socioeconomic appeal, and never backing down from his advocacy for the rights of parents and communities to have the final say in their children’s education. Latino voters, who care deeply about this issue, backed him by a 13-point margin. All six school board members backed by DeSantis won their runoffs.

The governor is not alone. It seems like every week, another state and another state leader join the cause of advocating for school choice and against the radicalization of public education. In one of his first post-election public appearances, Texas Governor Greg Abbott put school choice atop his priority list for a third term.

Gov. Greg Abbott has made school choice a top priority for Texas.
(AP)

While the broader national election outcome is still in flux, the importance of school choice is clear. This is time to focus on what’s most important: our children. Standing up for them and protecting parents’ right to education freedom is always the right thing to do — and it may also point the path forward politically.

During the national campaign, House Minority Leader Kevin McCarthy released a proposed “Parents Bill of Rights” that calls for parents to know what is being taught at their kids’ schools, to be aware of budgeting decisions in school districts and to be able to protect their child’s privacy. It was heartening to see Republicans recognize the importance of the issue. If they gain control of the House, they need to ensure their actions in office match their campaign rhetoric.

Step one is a GOP House passing a school choice bill at the federal level similar to the one signed by DeSantis in September. Even if the legislation is a non-starter with President Joe Biden, Republicans need to put him on notice and send a clear message that a majority in Congress sides with parents and their kids – not teachers’ unions. One of the chief responsibilities of the new Congress is laying the groundwork for the field of Republican presidential hopefuls.

My husband and I founded Centner Academy, a pre-K-8 school focused on children’s well-being and critical thinking skills, because we knew public schools couldn’t provide kids with what they need. Throughout the pandemic, we stood firmly against mandatory masking, social distancing, critical race theory, gender ideology and other damaging policies that took hold in public schools around the country.

Our students’ results speak for themselves: on the Measure of Academic Progress, a standardized assessment given to millions of students in the U.S. and 145 other countries, 86% of our students tested at or above national benchmarks for reading and 74% tested at or above for math. Parents have flocked to our school. The demand is so high, we are opening a high school next year and recruiting teachers from across the country.

Every parent who pays taxes should be able to choose where their children go to school. This should be a tenet that voters of all stripes should rally around.

Unfortunately, the Democratic Party does not appear to be getting the message. Last year, Virginia gubernatorial candidate Terry McAuliffe made waves when he said, “I don’t think parents should be telling schools what they should teach,” during a debate. He went on to lose to now-Gov. Glenn Youngkin, who has become a fierce advocate for students. Last summer, the budget signed by Youngkin included $100 million to open new “lab schools,” which are publicly funded K-12 schools founded by public universities, rather than school districts, and outside the state’s collective-bargaining agreement.

While the dust was settling on this year’s election, California Democratic Rep. Eric Swalwell mocked South Carolina Republican Senator Tim Scott’s comment that “we are putting parents back in charge of their kids’ education.” Swalwell called Scott’s statement “so stupid” and asked, “when did we stop trusting experts?”

Parents are a powerful voting bloc, and after events of the last few years, we are watching closely. Too many parents had no choice when COVID-19 mandates forced their kids out of classrooms and onto computer screens, sending their test scores down the drain. Now they are speaking loudly. Politicians on both sides would be wise to pay attention.

Leila Centner is the chief executive officer at Centner Academy in Miami.