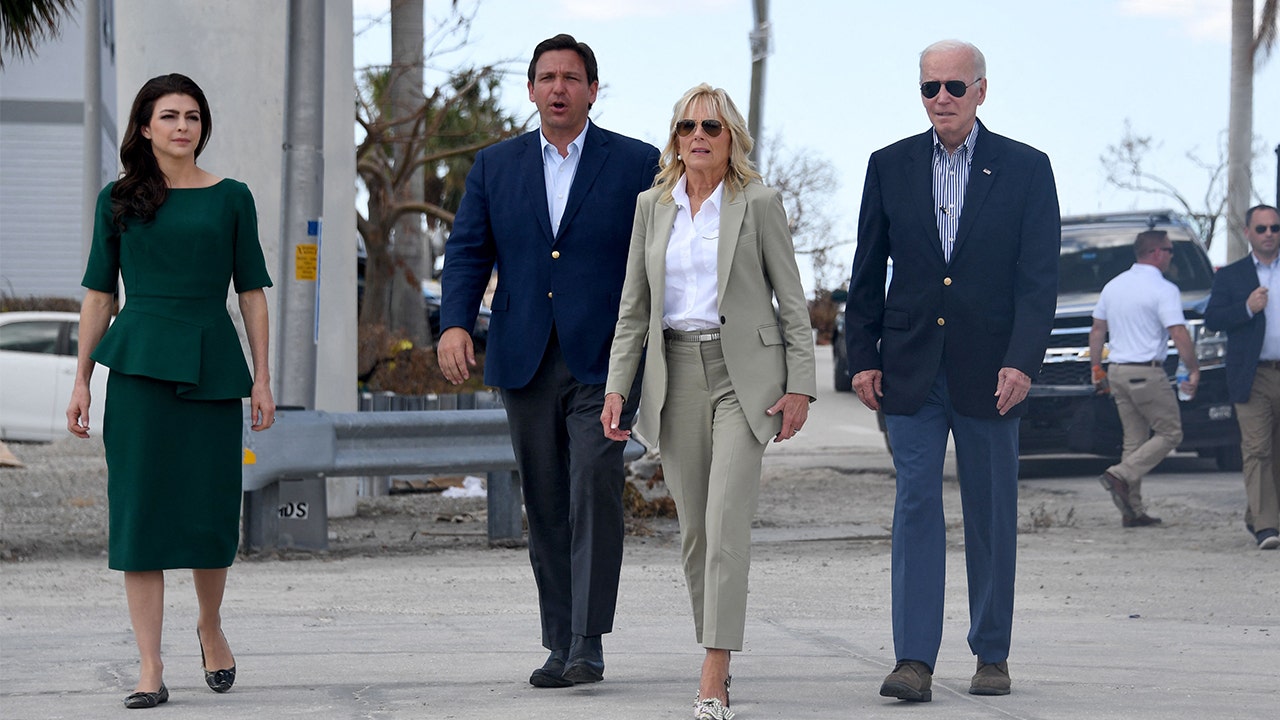 The lion’s share of the national attention on the meeting between President Joe Biden and Florida Governor Ron DeSantis speculated on the theoretical 2024 presidential match-up. But for many in the Sunshine State, the duo standing together represented another stark contrast, and it had nothing to do with presidential politics, but rather effectiveness of government.

DeSantis’ leadership since Hurricane Ian, a Category 4 storm whose strength and destruction rivaled predecessors such as Andrew, Charley and Michael, has earned high marks from unlikely sources. In Biden’s words, “What the governor’s done is pretty remarkable.”

While Sanibel Island and Fort Myers Beach have drawn most of the camera crews, events on Pine Island have been truly remarkable. Located just off the coast of Fort Myers, Pine Island is Florida’s largest barrier island. It is a working-class fishing village connected to the mainland by just one bridge – a structure severely damaged by the hurricane. Needing a boat or a plane to access supplies, the 9,000 residents of Pine Island were in a bad spot.

DeSantis did not wait around for help from the federal government. On Monday, October 3, he announced plans to build a temporary bridge to Pine Island, deploying more than 130 trucks from the Florida Department of Transportation (FDOT), who worked around the clock. Less than three days later, the bridge was open to the public, well ahead of schedule. State government and state funds got the job done. Trucks from Publix were seen that day bringing much-needed supplies to the island’s store.

In the words of FDOT Secretary Jared Perdue, “As soon as the governor gave us the direction to work on this facility, we mobilized our contractor and internal forces across the entire state.”

It is an example of government working as it was intended: quickly and efficiently. Compare DeSantis’ actions to Biden’s words. The president spoke in the usual broad platitudes about federal government support for the “immediate needs and long-term rebuilding,” adding, “we’re going to be with you every step of the way.” Even while projecting a spirit of bipartisan cooperation, Biden couldn’t resist injecting climate change into the narrative, a top priority for his political supporters, but hardly a concern to the thousands of Floridians without water or electricity.

The arm of the federal government charged with recovery efforts, the Federal Emergency Management Agency Administrator (FEMA), long ago lost credibility with the American public, and for good reason. There are any number of failures to point to, but consider events that have unfolded in Puerto Rico, the U.S. territory still picking up the pieces from Hurricane Maria’s destruction more than five years ago.

In September, FEMA Administrator Deanne Criswell told El Nuevo Dia, the island’s largest newspaper, described Puerto Rico as a “long-term recovery model.” Yet nearly half a decade since Maria, electricity is unreliable on the island. Power outages are still common. Less than one fifth of the recovery funds allocated by FEMA have been spent. Corruption runs rampant, as does the finger–pointing and blame game – and that was all before Hurricane Fiona made landfall.

Two weeks after Fiona, more than 100,000 Puerto Rico residents were still waiting for power to be restored. This is the example FEMA holds up as a “model.” No one is buying it, especially the people whose lives hang in the balance.

As a lifetime Floridian and former member of Congress, I’ve been through a lot of hurricanes. Starting with Jeb Bush, every governor of our state has continually improved the re-building and recovery efforts.

DeSantis’ leadership since Ian has set a high bar even higher. When he and Biden stood together, the differences between the two ran the gamut, from political philosophy to age to personality and style. If the two end up sharing a presidential debate stage in 2024, their joint appearance in Florida in 2022 will be heavily scrutinized. But even if they don’t end up as their party’s presidential nominees, the residents of Florida have seen the future, and it’s one where government can make life better for the people it is supposed to serve by immediate action rather than empty words and self-pity.

Connie Mack IV represented Florida’s 14th congressional district in the United States House of Representatives from 2005 to 2013 and is a partner at Black Diamond Strategies.