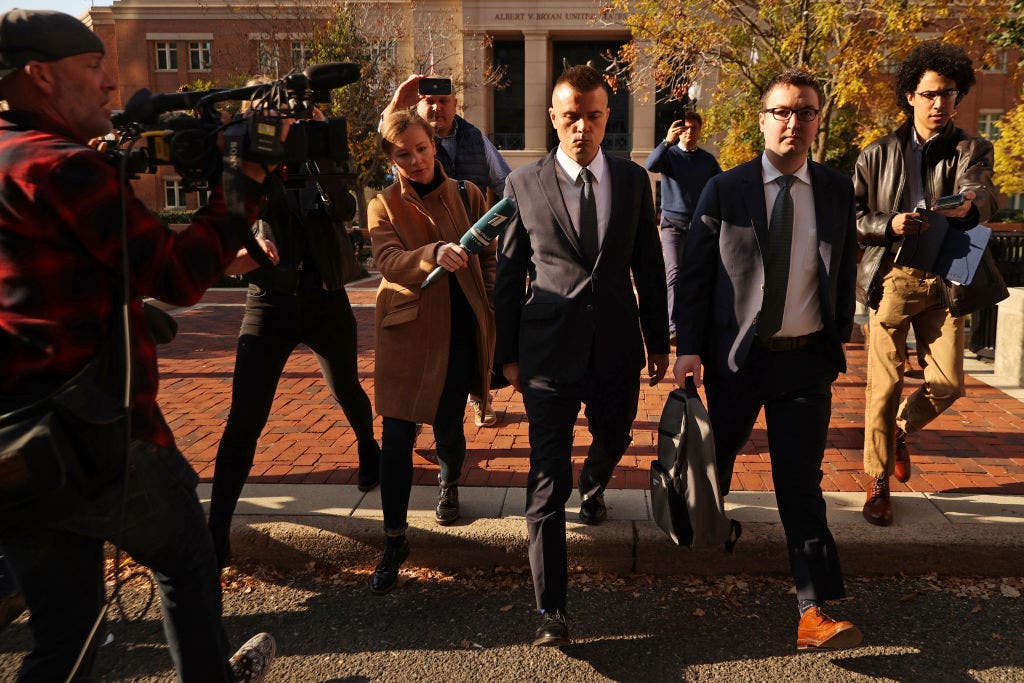 Longtime Democrat operative Charles Dolan testified Thursday that he lied to Igor Danchenko in 2016 when he said he had inside information from a GOP source about the resignation of Paul Manafort from the Trump campaign — information that he actually learned through open source reporting and later was used in the dossier and attributed to “an American political figure associated with Donald Trump.”

Dolan testified during the trial of Danchenko, the Russian national who served as the primary sub-source for ex-British intelligence officer Christopher Steele and his anti-Trump dossier.

Special Counsel John Durham charged Danchenko with five counts of making false statements to the FBI. Danchenko has pleaded not guilty to all charges.

During questioning, Durham’s team revealed an email from Danchenko to Dolan dated Aug. 19, 2016, in which Danchenko asked Dolan for any inside information on Manafort’s departure as Trump campaign chairman.

Russian analyst Igor Danchenko is pursued by journalists as he departs the Albert V. Bryan U.S. Courthouse after being arraigned on Nov. 10, 2021, in Alexandria, Virginia. (Chip Somodevilla/Getty Images)

“I am working on a related project against Trump,” Danchenko wrote. “It is an important project for me… Our goals clearly coincide.”

Dolan replied on the same day, “Let me dig around on Manafort… I’m pretty sure the new team wanted him out and used today’s NYT story to drive a stake in his heart.”

The next day, Dolan emailed Danchenko again and wrote, “I had lunch with a GOP friend who knows the players.”

Dolan went on to tell Danchenko that Corey Lewandowksi, who served as Trump’s campaign manager during the 2016 GOP presidential primaries, “hates Manafort” and following his resignation “is doing a happy dance… it is a very sharp elbows crowd.”

During questioning on Thursday, though, Dolan testified that he never actually spoke to a GOP source, and admitted that he got that information from open source information — specifically cable news.

“I thought I’d embellish a bit,” Dolan testified Thursday. He added that Lewandowski “hating” Manafort was “pretty common” knowledge at the time.

Danchenko took the information included in Dolan’s email, re-worded it, and included it in his Aug. 22, 2016, report, which later was compiled into the Steele dossier.

“An American political figure associated with Donald Trump and his campaign outlined the reasons behind Manafort’s recent demise,” the dossier said. “S/he said it was true that the Ukraine corruption revelations had played a part in this but also, several senior players close to Trump had wanted Manafort out, primarily to loosen his control on strategy and policy formulation.”

“Of particular importance in this regard was Manafort’s predecessor as campaign manager, Corey Lewandowski, who hated Manafort personally and remained close to Trump, with whom he discussed the presidential campaign on a regular basis,” the dossier added.

Buzzfeed News published the dossier in January 2017. Dolan testified Thursday that when he saw it, he became concerned because he suspected Danchenko could have been involved in it due to his connections to Steele.

Dolan testified that he did not know information he provided to Danchenko was in the dossier until Durham called him in for questioning as part of his investigation into the origins of the Trump-Russia probe.

Dolan said Durham showed him his email side by side with the dossier, and Dolan agreed the two looked “similar.”

The dossier was authored by Steele, commissioned by opposition research firm Fusion GPS and paid for by the Hillary Clinton campaign and the Democratic National Committee through law firm Perkins Coie.

The dossier served as the basis for a Foreign Intelligence Surveillance Act (FISA) warrant and its three renewals against Trump campaign aide Carter Page.

DOJ Inspector General Michael Horowitz in 2019 said the dossier was used to justify the initial FISA warrant and its three subsequent renewals. Republicans on the House Intelligence Committee first said the dossier served as the basis for those warrants and surveillance of Page.

The Justice Department admitted in 2020 that the FISA warrants to surveil Page, when stripped of the FBI’s misinformation, did not meet the necessary legal threshold and never should have been issued.

During the Danchenko trial this week, FBI supervisory counterintelligence analyst Brian Auten, Durham’s first witness, admitted that neither the FBI nor any other intelligence agency — or even Steele himself — had any corroboration for allegations included in the dossier.

“You and your colleagues took the information…and put it in the Carter Page FISA application,” Durham said. “You didn’t have corroboration from FBI databases, from other intelligence community agencies, or from Christopher Steele and it still went into a FISA application?”

Jake Gibson is a producer working at the Fox News Washington bureau who covers politics, law enforcement and intelligence issues.