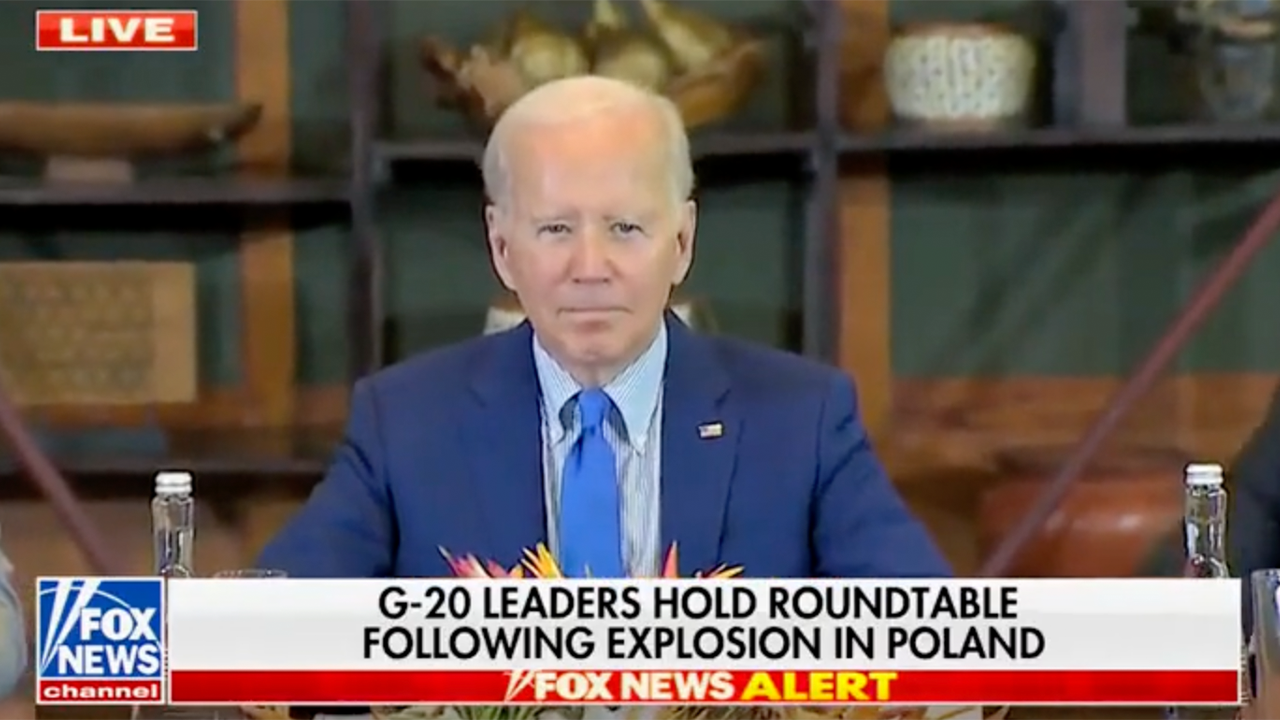 Twitter users were bewildered after President Joe Biden declined to answer reporters’ questions about the missile that killed multiple people in Poland Tuesday.

According to Fox News correspondent Jacqui Heinrich, the White House had originally told the press pool that Biden would be taking time to answer questions. Though at a later event, the president spoke to the press about what he knew about the incident.

During a roundtable discussion at the G20 Summit, journalists were denied answers when asking the president whether he could give them any information about the recent killings in the Eastern European country caused by a missile that allegedly originated from one of the sides in the ongoing Ukraine-Russia war.

Though Poland’s President Andrzej Duda claimed there was “no indication that this was an intentional attack on Poland,” adding, “There are many indications that it was an air defense missile that unfortunately fell on Polish territory.”

Biden refuses to answer reporters’ questions on the missile explosion in Poland during the G20 Summit.
(Screenshot/Fox News)

Heinrich described Biden’s refusal in a tweet, writing, “Exact question: ‘Mr. President can you tell us what you know so far about the explosion in Poland, sir?’ BIDEN: ‘No.’ it appears Biden was not aware he was slated to give remarks, as the WH announced to press.”

In a subsequent tweet, Heinrich added, “The White House announced Biden remarks at an emergency roundtable with world leaders — but after group photo, journalist asked if POTUS can give us an update he’s received on Poland–BIDEN’S ANSWER: ‘No.’ Travel pool video feed then cut, WH ushered pool out of the room.”

According to a tweet from Politico White House bureau chief Jonathan Lemire, he was the one who asked Biden the question. Describing his experience, Lemire tweeted, “Biden and world leaders meeting here in Bali I asked if the president would supply an update on what they know about the explosion in Poland. Biden: ‘No.’ No other comments.”

Video of the exchange depicted a stone-faced Biden staring at the reporter and responding with a simple but blunt, “No.”

The rest of clip showed G20 staff immediately pushing the press pool out of the room without another question being fielded.

Seemingly unconcerned, Biden and his colleagues watched as the journalists were escorted out.

Biden’s meeting Monday with Xi was the first time the two have met since Biden became president.
(AP/Alex Brandon)

Author and China expert Gordon Chang remarked, “#Biden’s response demonstrated an abject failure of leadership at a critical moment. We all have to be concerned at the next moves of #VladimirPutin and #XiJinping. #Russia #Poland #Ukraine #China #NATO.”