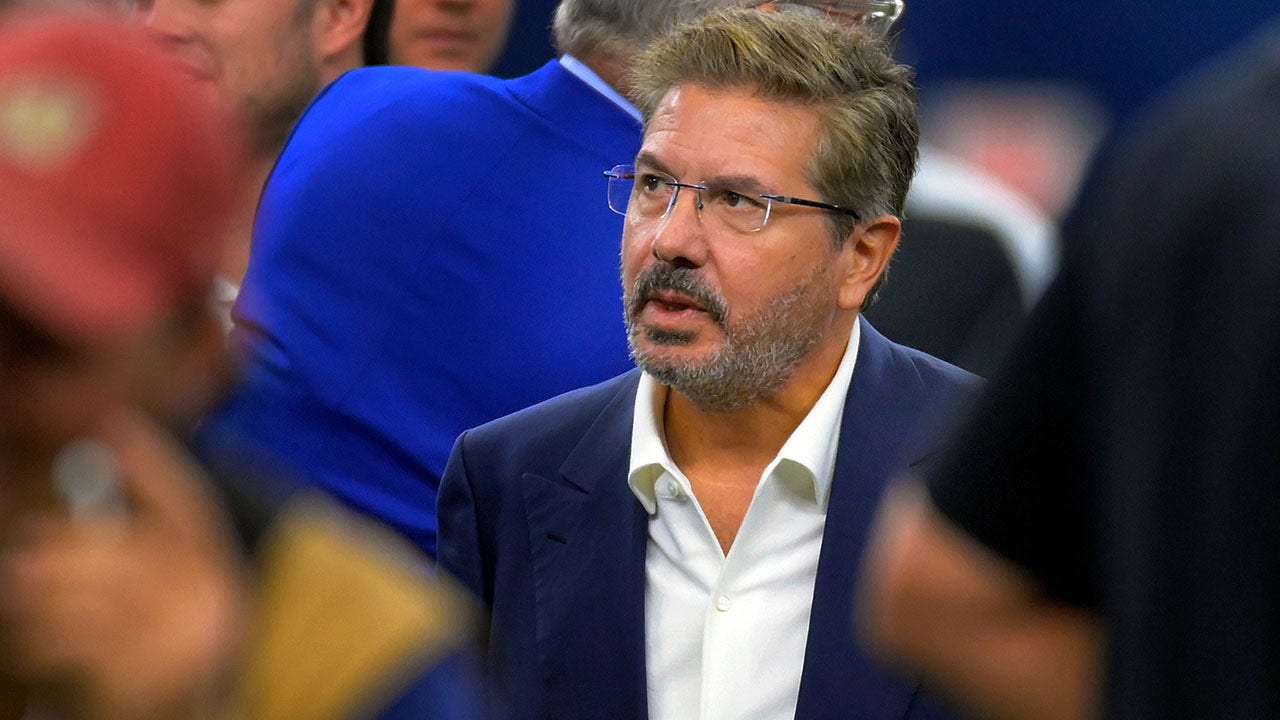 The Washington Commanders and team owner Daniel Snyder have come under fire over the last several years amid allegations the organization fostered a toxic workplace environment and questions about why the NFL has yet to force him to sell the team may have been answered in a bombshell report Thursday.

While Snyder’s seat remains hot, ESPN reported the other 31 owners are just as fearful of the head of the Commanders.

Snyder told a close associate he had enough information to “blow up” several other NFL owners, the league office and NFL Commissioner Roger Goodell and asserted “they can’t f— with me,” ESPN reported.

The 57-year-old team owner reportedly told another confidant “the NFL is a mafia” and “all other owners hate each other.” To which another unnamed team owner told ESPN that was false and just “all the owners hate Dan.”

The fear of reprisal is one of the underlying themes of the report. ESPN reported the NFL was aware of claims Snyder allegedly used private investigators to dig up “dirt” on other team owners, including Dallas Cowboys icon Jerry Jones. One NFL executive even described Snyder as “the most powerful owner in the NFL” because of whatever information he may know, according to the report.

To force Snyder out, at least 24 owners are required to vote in favor of it. Snyder has been described a “paranoid” with worries that his colleagues are out to get him.

Snyder’s lawyers, John Brownlee and Stuart Nash, partners at Holland & Knight, and a Commanders spokesperson vehemently denied the assertions in the report.

“This is categorically false,” Brownlee and Nash said of the dossier claims to ESPN. “He has no ‘dossiers’ compiled on any owners.”

Tanya Snyder and Dan Snyder on the field before the Dallas Cowboys defeat the Washington Commanders on Oct. 2, 2022, in Arlington, Texas.
(John McDonnell/The Washington Post via Getty Images)

The lawyers added: “We also understand that certain people believe their own interests will be advanced by convincing news outlets like ESPN to print false information about the Snyders and Joneses.”

Of the suggestion that the NFL owners hate each other, a Commanders spokesperson told ESPN: “Owners have a shared love of the game, mutual respect for each other and our organizations, and a strong working relationship.”

Additionally, a Commanders spokesperson pushed back on ESPN’s reporting in a statement to Fox News Digital.

“It’s hard to imagine a piece that is more categorically untrue, and is clearly part of a well-funded, two-year misinformation campaign to coerce the sale of the team, which will continue to be unsuccessful,” the Commanders spokesperson said.

While Snyder and Jones’ relationship appeared to be a sticking point in the report as well, the two posed together for a photo-op at AT&T Stadium when the Commanders and Cowboys faced off earlier this month.

The issues surrounding Snyder and the Commanders went all the way to D.C. and have been before the House Oversight and Reform Committee. The lawmakers’ investigation found that Snyder played a significant role in fostering a toxic work environment and pointed to evidence that suggested Snyder impeded the NFL’s independent probe into those allegations.

Congress began investigating the team in October 2021 when allegations of sexual harassment and workplace misconduct arose after then-Raiders head coach Jon Gruden stepped down following the leak of emails with then-Commanders team President Bruce Allen. Allen was fired in December 2019 after 10 years with the franchise he served in various executive roles.

“The investigation of the Washington Commanders has not been fair, thorough or bipartisan, and it certainly hasn’t sought the truth. From the beginning, the Committee set out with a singular purpose — to destroy Dan Snyder and his family and attempt, with deception, innuendo and half-truths, to drive him from the National Football League,” former Rep. Tom Davis, R-Va., a partner at Holland & Knight, wrote in the letter.

Snyder refused to testify at a hearing before the House lawmakers in June as part of the investigation. Goodell did offer his testimony before the committee.

Goodell condemned the workplace culture in Washington but clarified that changes were implemented after the NFL’s investigation. Goodell argued the changes impacted not only Washington but the entire league.