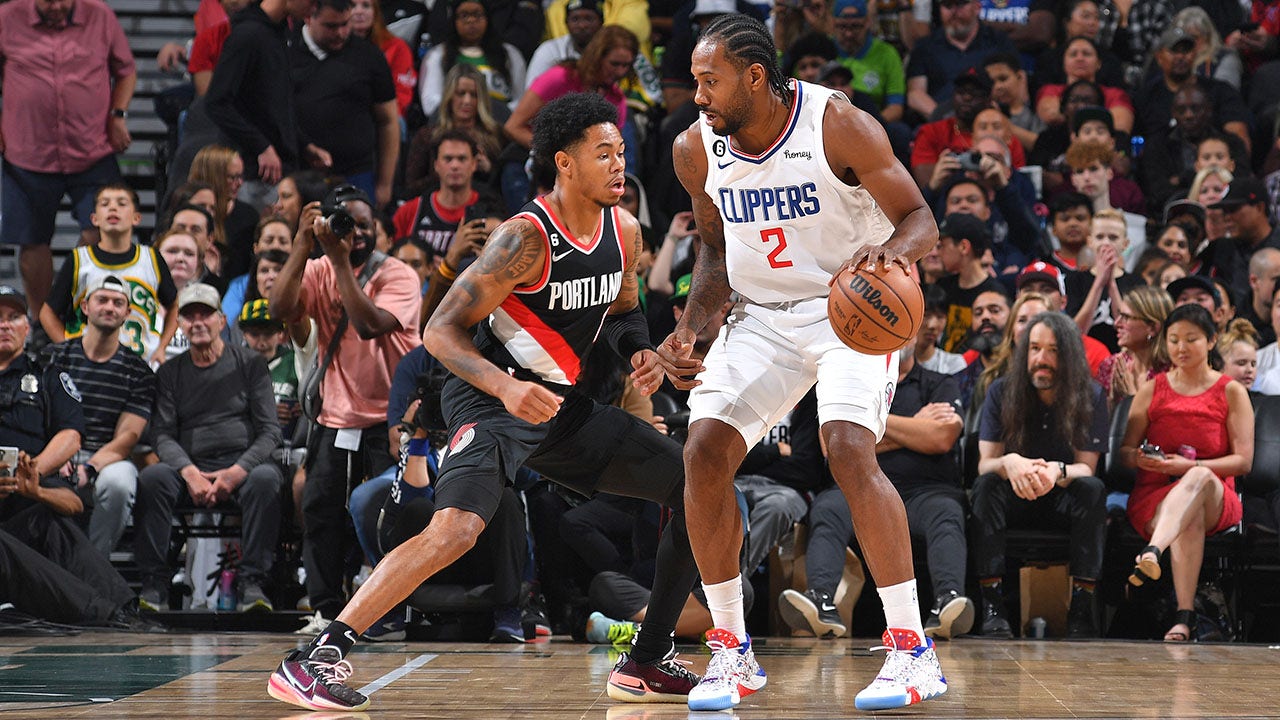 Los Angeles Clippers star forward Kawhi Leonard is inching towards his return to the hardwood after missing several games this season due to the “injury management” of his surgically repaired knee.

But Leonard’s head coach Tyronn Lue cautioned that the five-time NBA All-Star still has a “ways to go.”

“Not tomorrow,” Lue told reporters Friday when asked if Leonard was close to his return. “It’s gonna take a few more opportunities to get that in and then kinda reassess and see how he’s feeling after we go to medical, and just kinda see if we check all the boxes.”

Anfernee Simons #1 of the Portland Trail Blazers plays defense on Kawhi Leonard #2 of the LA Clippers during a preseason game on October 3, 2022 at the Climate Pledge Arena in Seattle, Washington.
( Michael Gonzales/NBAE via Getty Images)

Leonard suffered a partially torn ACL in his right knee in the last year’s postseason and missed the entire 2021-22 regular season rehabbing.

The 31-year-old has only appeared in two regular-season NBA games this year. He came off the bench in both of those games and played for a limited amount of minutes.

Lue mentioned that he was encouraged by how Leonard was recently able to perform as he worked towards getting back on the court.

The Clippers shut down Leonard in October out of what was described as an abundance of caution. The team has previously mentioned that there was an expectation that working Leonard back in would have be a slow process.

Lue said before the Clippers played the Utah Jazz on Nov. 6 that the organization would follow the advice of their medical staff.

“We knew coming off an ACL it wasn’t going to be a straight line. We talked about it before the season,” Lue said. “The biggest thing is he’s progressing well. We’re just going to follow the lead of our medical staff. We got to be smart about the situation.”

The Clippers have not provided an expected return date for the two-time NBA Defensive Player of the Year.

But Los Angeles does not have consecutive days off again until Dec. 1-2 which could give Leonard an opportunity to potentially play in a practice before a game.