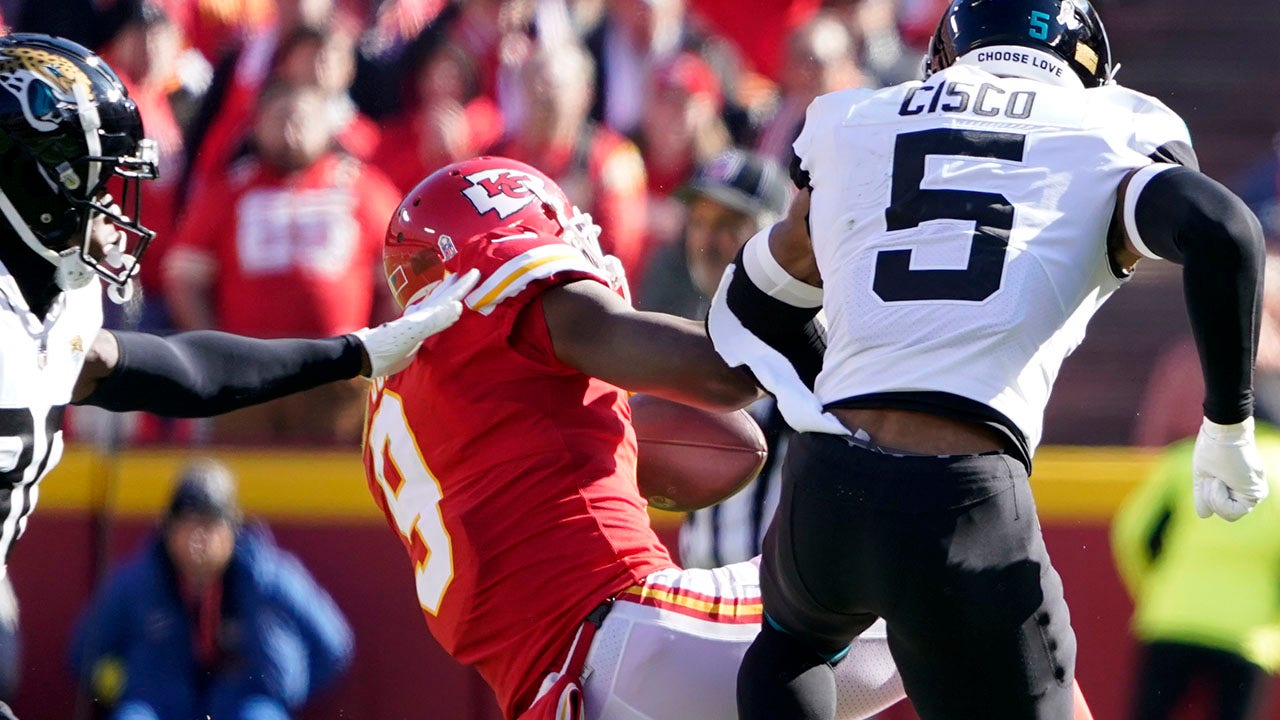 Kansas City Chiefs wide receiver JuJu Smith-Schuster was ruled out after taking a big hit in Sunday’s Week 10 game against the Jacksonville Jaguars.

The scary play took place in the second quarter. Patrick Mahomes scanned the field for open wide receivers. He found Smith-Schuster cutting across the middle when he was met by Jaguars defensive back Andre Cisco.

Smith-Schuster hit the ground with his arms up, reminiscent of what Miami Dolphins quarterback Tua Tagovailoa did when he suffered his scary injury earlier this season. He had two catches for 33 yards.

Smith-Schuster walked off the field with his helmet still on and was later ruled out of the game as he entered the concussion protocol.

The Chiefs took a 20-7 lead into the locker room at halftime. Mahomes was 15-for-21 with 191 passing yards and three touchdown passes to Kadarius Toney, Noah Gray and Marquez Valdes-Scantling.

The Jaguars put up a touchdown late in the first half on a pass from Trevor Lawrence to Christian Kirk. Lawrence was 13-of-19 with 147 passing yards in the game. Kirk led the team with four catches for 50 yards.

Jacksonville might’ve been a bit closer to catching the Chiefs, but Riley Patterson missed both field goal attempts, including one after a turnover following the Lawrence touchdown pass.