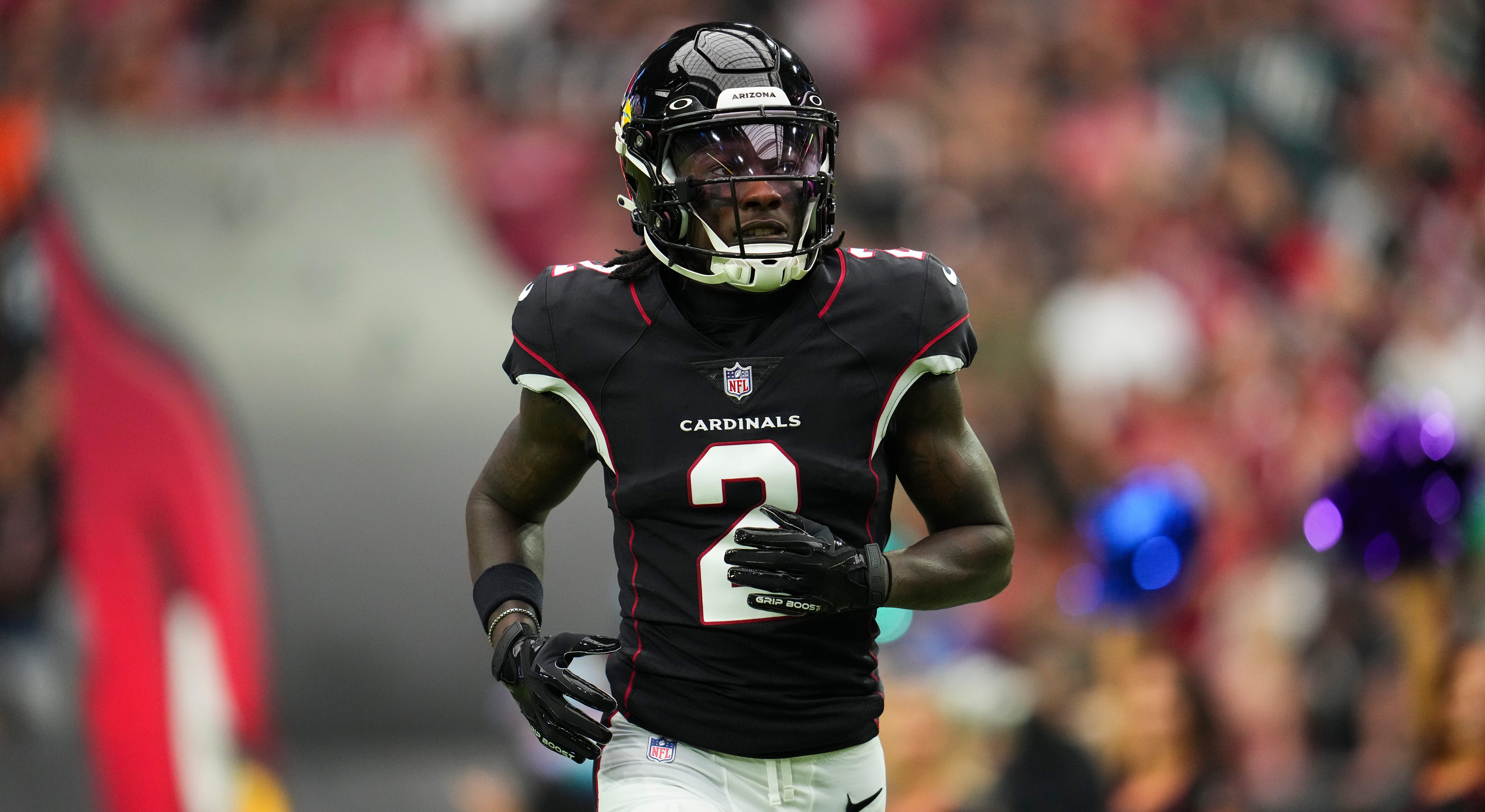 As one Arizona Cardinals receiver returns to the fold, one landed on the injured reserve Thursday.

The Cardinals placed Marquise “Hollywood” Brown on IR after he injured his foot in the team’s loss to the Seattle Seahawks. Brown will miss at least four games now with this designation.

Brown was the top target for quarterback Kyler Murray with DeAndre Hopkins suspended for violating the league’s performance-enhancing drugs policy.

Hopkins missed the first six games of the season but is returning Thursday night against the New Orleans Saints for his season debut.

Wide receiver Marquise Brown (2) of the Arizona Cardinals runs for a touchdown ahead of cornerback Darius Slay (2) of the Philadelphia Eagles during a game at State Farm Stadium Oct. 9, 2022, in Glendale, Ariz.
(Christian Petersen/Getty Images)

The Cardinals would obviously like both receivers on the field for Murray to work with, but Hopkins will now have to step in and produce like Brown has despite the team’s 2-4 record to start the year.

Brown scored three touchdowns, two in the last three games, while leading the Cardinals in receiving yards with 485 and receptions at 43 this season.

This is Brown’s first season with Arizona after being traded by the Baltimore Ravens during the 2022 NFL draft. And this came after Brown posted his first 1,000-yard season with Baltimore, catching 91 balls with three touchdowns from Lamar Jackson.

Wide receiver Marquise Brown of the Arizona Cardinals prepares for the snap during the second half of a game against the Carolina Panthers at Bank of America Stadium Oct. 2, 2022, in Charlotte, N.C.
(Jared C. Tilton/Getty Images)

As for Hopkins, he’s looking to hit the ground running and should get ample opportunity with Brown sidelined. Murray and Hopkins developed a strong chemistry during the 2020 season, when Hopkins was a Pro Bowler. He had 1,407 yards on 115 catches with six touchdowns.

The 2021 campaign didn’t see that connection continue because Hopkins dealt with a nagging injury that limited him to 10 games. And when he was able to play, he was limited due to his knee injury.

Thursday night in Glendale will be the first time he’s played since tearing knee ligaments in mid-December.

Marquise Brown of the Arizona Cardinals runs out during introductions against the Philadelphia Eagles at State Farm Stadium Oct. 9, 2022, in Glendale, Ariz.
(Cooper Neill/Getty Images)

Head coach Kliff Kingsbury hopes to see more from his offense. With Brown out, the Murray-Hopkins connection will have to step up for the Cardinals to have a chance at the NFC West title.