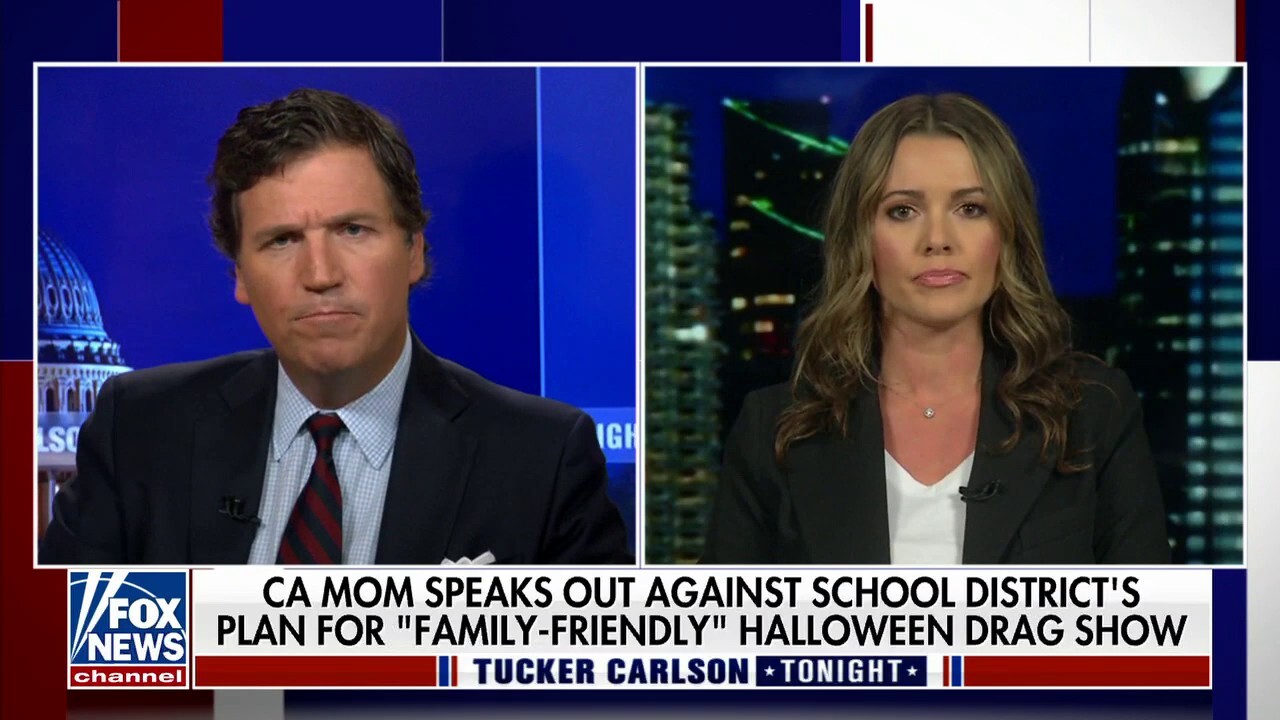 A San Diego mother who went viral this week for her fierce takedown of a local school board for its plans for “family-friendly” Halloween drag show told Fox News Thursday she hopes she’s encouraged other parents to protect their children from an increasingly prevalent “hyper-sexualized” culture.

In a widely circulated video on social media, Brittany Mayer accused the Encinitas Union School District of acting as “groomers and activist pimps” after it invited community youth and families to a “queer” Halloween party featuring a “family-friendly” drag queen show.

In an interview on “Tucker Carlson Tonight” Thursday, Mayer said that the Oct. 29 “Boo Bash” event angered dozens of parents who repeatedly asked the board to stop promoting the event and issue an apology. When they refused, Mayer and others showed up at Tuesday’s school board meeting to confront them.

“We asked the board again and again to reconsider and to issue an apology and an explanation, which they didn’t, which is why we decided to show up,” Mayer told the Fox News host.

In the clip posted on her personal Twitter account, Mayer noted that the purportedly family-friendly event was sponsored by a local San Francisco gender reassignment surgery center in collaboration with a popular gay nightclub.

“What is it about a grown man costumed in a sparkly bra with augmented boobs busting out and wearing a miniskirt barely covering his twerking a– with duct tape on his front while spreading his fish-netted legs as he writhes on the ground, grinding his groin next to a minor, family-friendly?” she can be heard telling the board before demanding that they apologize to offended parents.

“You all played the activist pimp for Align Surgical center and for a 21-plus gay bar,” she continued. “It makes you groomers and activist pimps and we won’t have those sitting on a school board that oversees the education of our children.”

Mayer told Carlson that she shared her diatribe online with the hopes of inspiring other parents who haven’t had the courage to speak out because they fear punishment or retribution.

I FOUGHT FOR MY SON. THE SCHOOL BOARD TOLD BIDEN’S JUSTICE DEPARTMENT TO INVESTIGATE ME

“I want to make it really clear that this is not an isolated incident. This is coming to every school across the nation,” she said. “And if you think it’s just going to stay in California, you’re dead wrong. This is coming everywhere. It’s why we stood up and said we’re going to nip it in the bud, we’re not going to play by the rules, that we’re supposed to be afraid, that we’re going to be punished if we don’t speak up now.

“I hope this breeds courage for parents all over the nation who see this trend starting to change where our kids are not being educated in the fundamentals. They’re being hyper–sexualized and were done with this,” she added.

Mayer said it’s important for parents not to play by the rules of the radical ideology demanding illusive terms and meaningless language.

“You can slap labels on anything, you can make anything ‘family-friendly’ that you want. And that’s the danger of this ideology – is that were being told to use new terms and new language. I think we do a disservice when we play by those rules,” she said.

“We need to stand up and use the words that we know what they mean. They’re pimping out our kids…it’s coming all over the nation, and we need to now use brave words and words with meaning and call it like it is.”

The district reportedly took down flyer after finding it did not meet “district approval criteria.” ABC News 10 reported that the district has since “reviewed and adjusted procedures for approving fliers in the future.”

Yael Halon is a reporter for Fox News Digital. Story tips can be sent to yael.halon@fox.com.