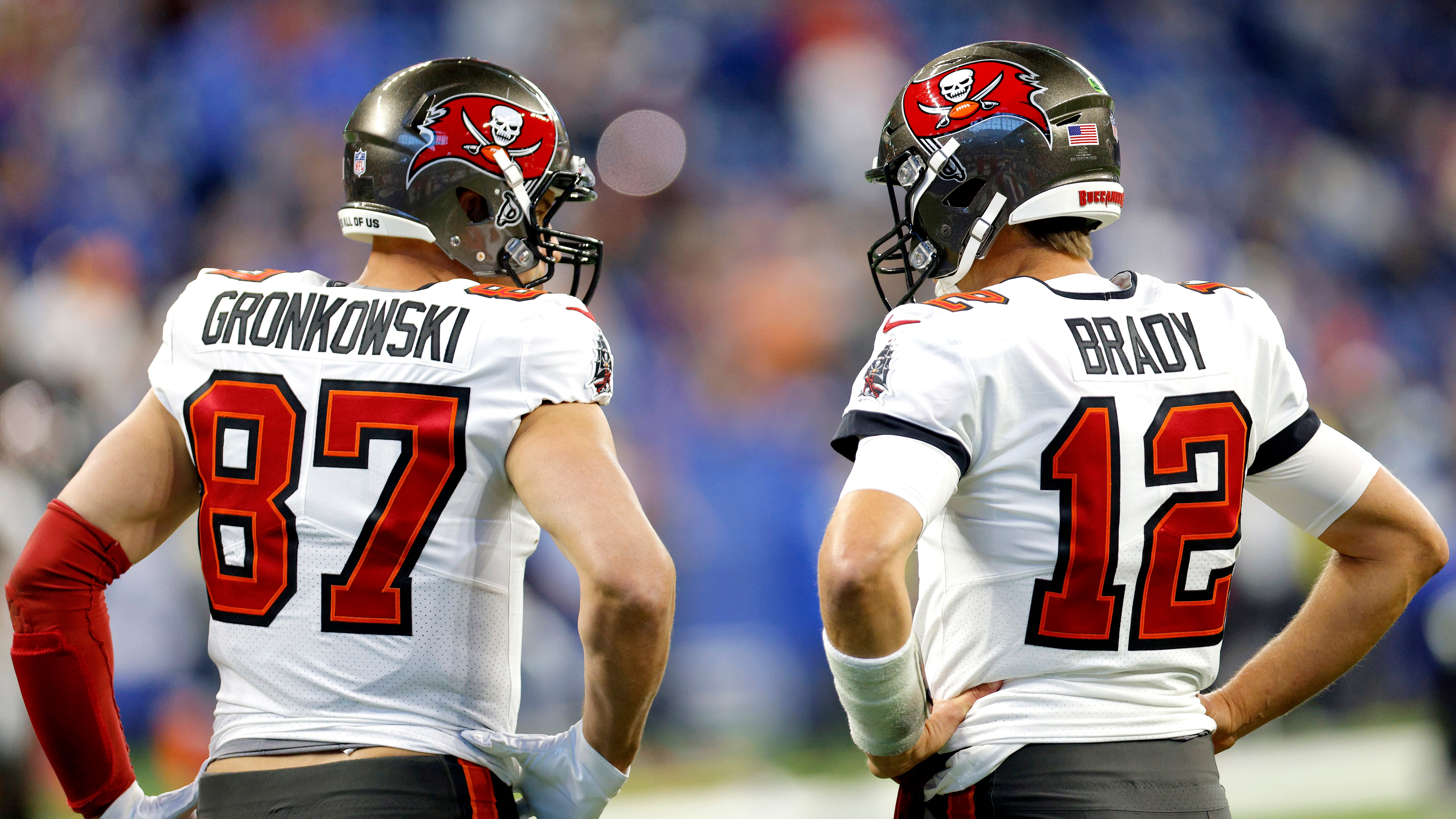 To say the Tampa Bay Buccaneers’ offense is struggling is an understatement.

The Buccaneers enter their Week 8 Thursday night matchup against the Baltimore Ravens ranked No. 26 in points scored and No. 22 in yards gained. The team only mustered up three points against the Carolina Panthers and has now lost four out of their last five games.

Tom Brady, #12, and Rob Gronkowski, #87 of the Tampa Bay Buccaneers, talk before the game against the Indianapolis Colts at Lucas Oil Stadium on Nov. 28, 2021 in Indianapolis.
(Michael Hickey/Getty Images)

As pundits debate over how to fix the Tampa Bay offense, Pro Football Hall of Famer Warren Moon had a suggestion – bring back Rob Gronkowski. The former NFL quarterback told TMZ Sports on Tuesday he believed the often-reliable tight end is just what the offense needs to cure their woes.

“He’s been a security blanket for [Brady] for so long,” Moon said of Gronkowski. “Whenever there’s a key play that needs to be made, especially down in the red zone or whatever — and they had a tough time scoring in the red zone last week — that’s the guy he would usually go to, Rob Gronkowski.”

The Gronkowski brothers do a chest bump on April 29, 2022 in Las Vegas.
(Fox News/Ryan Gaydos)

BUCS’ MIKE EVANS SHRUGS OFF SCRUTINY OVER POSTGAME INTERACTION WITH REF: ‘IT WASN’T THAT SERIOUS’

Gronkowski retired in June after spending several years with the Buccaneers and New England Patriots. He told TMZ Sports in April he would only return to the league if it was with Tampa Bay.

Since then, he celebrated his retirement this summer at Mohegan Sun in Connecticut. He told Fox News Digital in September he was still trying to stay active.

“It’s been going good,” he said of his retirement. “I play a lot of basketball. I work out. I like to stay active. Every once in a while, have a party here and there just to keep some fun going.”