Biden blasted for blaming high inflation on ‘war in Iraq,’ confusion on where his son died: ‘This is just sad’ 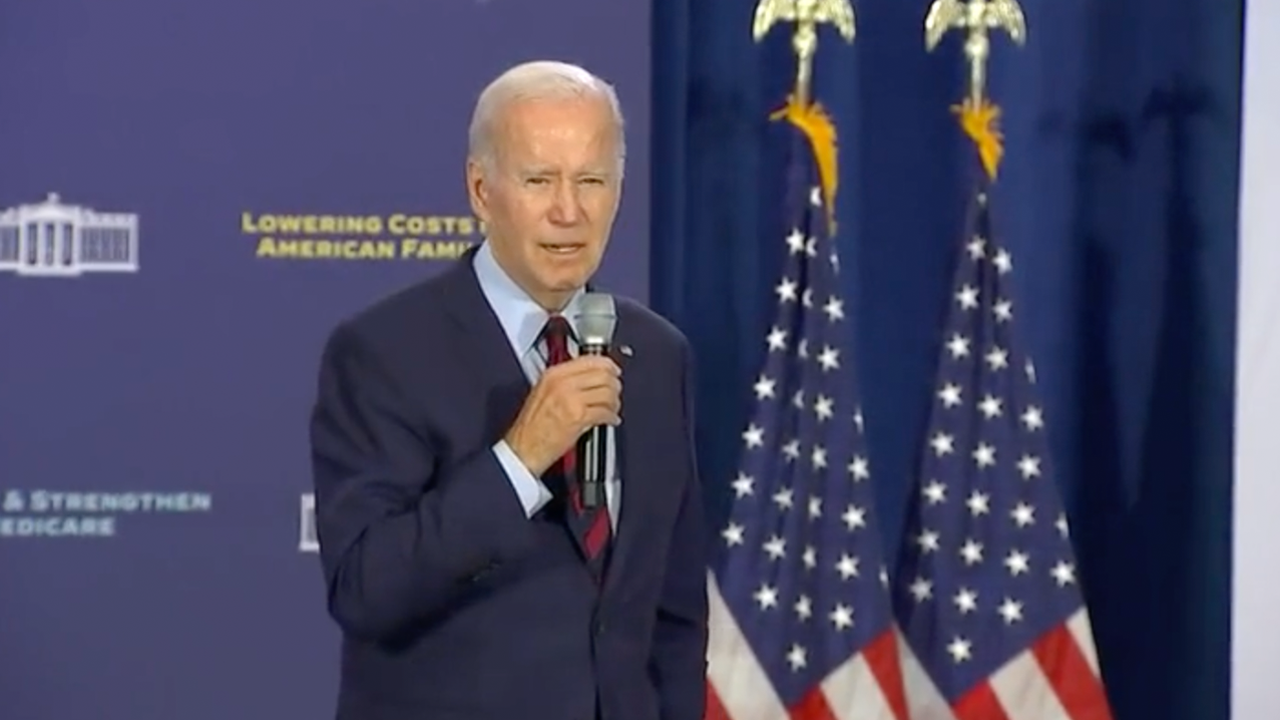 Conservatives on Twitter berated President Joe Biden for making multiple gaffes in quick succession during a speech on the state of the economy Tuesday.

During the address, Biden blamed the “war in Iraq” for America’s current inflationary woes before correcting himself to say war in Ukraine, thus blaming inflation on Putin, then said that his mistake was because his son Beau died in Iraq.

Biden stated, “Inflation is a worldwide problem right now because of a war in Iraq and the impact on oil and what Russia’s doing. I mean, excuse me, the war in Ukraine. I’m thinking of Iraq because that’s where my son died. Because he died.”

A few minutes later in the address, Biden mentioned his son again, this time saying he died of cancer. Biden’s son died of brain cancer at Walter Reed Medical Center in Bethesda, Maryland, six years after returning from Iraq.

President Joe Biden was hammered by critics on Twitter Tuesday for making several apparent gaffes in his recent speech.

Biden also claimed elsewhere in the speech that he spoke to the man who invented insulin. The people who discovered insulin as a medical treatment have all died.

First, critics went after his inflation claims and statement about his son’s death.

He added, “could probably use that Presidential Lie Tracker right about now.”

The Daily Wire reporter Ryan Saavedra fact-checked the collection of gaffes, writing, “Inflation was already skyrocketing long before the war in Ukraine and Biden’s son did not die in Iraq and did not die from anything war-related.”

“It becomes increasingly difficult to separate the gaslighting from the dementia,” Substack writer Jim Treacher said.

Former GOP congressional candidate Kimberly Klacik called out Biden for the line about his son, tweeting, “Joe Biden telling a crowd his son died in Iraq. He died in Maryland. Close enough I guess.”

“It becomes increasingly difficult to separate the gaslighting from the dementia,” Substack writer Jim Treacher said.

President Biden took a long pause when asked if First Lady Biden wants him to run again during an MSNBC interview in October.
(MSNBC/Jonathan Capehart)

“Beau Biden did not die in Iraq. Biden’s either lying or he simply doesn’t remember correctly. Neither are good,” Heritage Foundation communications staffer John Cooper tweeted.

Fox News contributor Guy Benson tweeted, “It is *very very weird* that he keeps saying, totally falsely, that his son died in Iraq.”

Biden made the same claim about losing his son in Iraq during a speech in October and received swift pushback for it.

BIDEN SAYS DEMOCRATS WILL DELIVER ‘STRONGER’ SOCIAL SECURITY, WARNS A GOP MAJORITY COULD HAVE IT ‘SLICED’

Several users also dissected his inulin claim, finding it unlikely that he could have spoken to the inventor of insulin.

He stated, “Do you know how much that insulin drug for diabetes? Cost. It was invented by a man who did not patent it because he wanted it available for everyone. I spoke to him. OK?”

RNC Research Director Zach Parkinson argued against Biden’s insulin claim, replying, “This is bizarre for several reasons: Insulin was discovered by more than one person (two or three or four depending on how you want to credit) It was patented (the patent was sold for $1 to the University of Toronto)Those co-discoverers died in 1935, 1941, 1965, & 1978.”

Last week, President Biden made a gaffe that there are “54 states” in America.

Tennessee Republican state senator Frank Niceley quipped, “I do not doubt he spoke to them. But did they answer?”