Australian fugitive with full face tattoo, 'Beast' written on forehead arrested after 2 weeks on the run 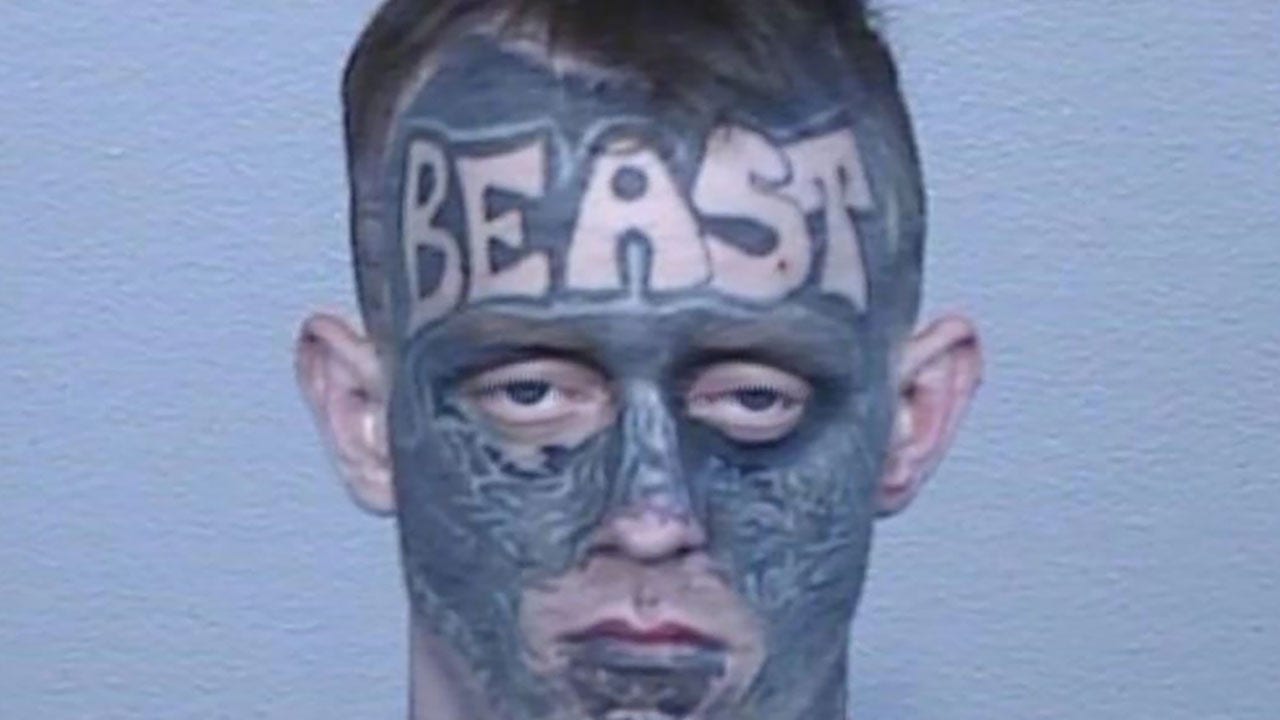 An Australian man who was able to stay a fugitive for two weeks despite a distinctive tattoo covering his entire face and the word “Beast” written across forehead was reportedly arrested on Wednesday.

Jaimes Sutton, 24, went viral in the country earlier this month after the Murray River Police District in New South Wales posted a photo of the fugitive on its Facebook page asking the public for its helping in locating him, according to news.com.au.

“Does he have any distinguishing features?” several people commented after a local news station tweeted out his picture.

“Please remember to be on the lookout for a man who resembles a postage stamp…” another joked.

A third said, “That’s what I don’t get about criminals and face tattoos. Don’t they know that even on the lam, they HAVE to interact with the public sometimes? And that people NEVER forget face tattoos?”

Others felt that the tattoo was a sad representation of the suspect’s feelings of self-worth.”

“What went wrong in this guys life for him to do that to himself. It’s sad, really,” someone wrote.

Suspect Jaimes Sutton changed his Facebook profile before his arrest to a selfie with half of his face covered.
(Facebook/Jaimes Sutton)

The suspect also has “game over” tattoo written on his knuckles, the outlet reported.

He also changed his Facebook profile while he was on the run to a selfie with half of his face covered.

Sutton was wanted for missing a court date on charges related to domestic violence assault and property damage.

He was finally taken into custody at a home in Leeton in New South Wales.

Sutton was denied bail and is expected to be in court on Thursday.