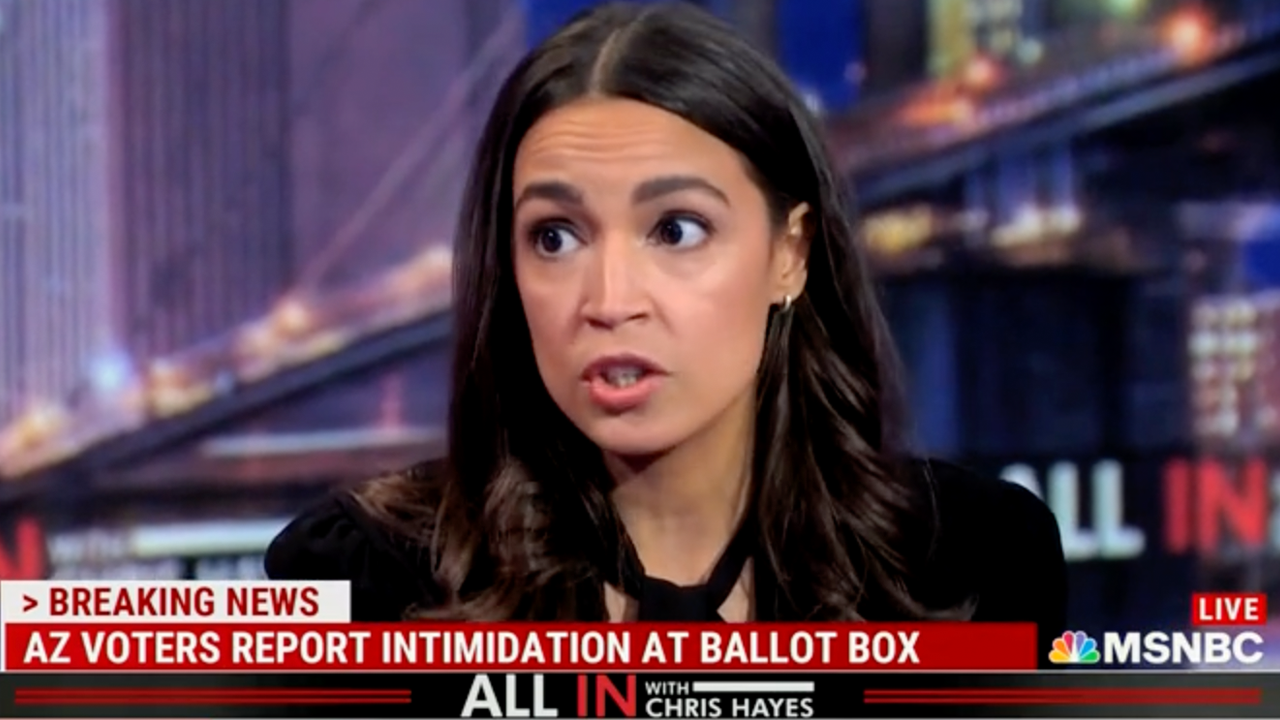 Appearing on MSNBC Friday night, Rep. Alexandria Ocasio-Cortez, D-N.Y., claimed Americans are “truly facing an environment of fascism” and the threat of returning to “very unique form of American apartheid” because of White nationalists.

The congresswoman from the Bronx made her comments alongside Rep. Jamie Raskin, D-Md., while being interviewed by MSNBC host Chris Hayes.

Hayes brought the two lawmakers onto the Friday episode of his show, “All In With Chris Hayes,” to discuss the rise in political violence across the U.S., including the recent attack on Paul Pelosi, the husband of House Speaker Nancy Pelosi, D-Calif.

AOC BLASTED ON TWITTER FOR DANCING AT HECKLERS: ‘SHE’S MOCKING HER CONSTITUENTS’

During the conversation, Hayes mentioned the attack on Pelosi and the riot on January 6th, but he also acknowledged the 2017 attacks on Rep. Steve Scalise, R-La., at a Republican baseball practice, and the assassination attempt on Justice Kavanaugh, to show that there isn’t “some ideological monopoly on this.”

Still, he insisted that more of the “tolerance” of violence is coming from conservatives and supporters of former President Donald Trump. He said, “And yet but, it also feels like the difference is that, on that side, because of Donald Trump chiefly, there is more tolerance for, excuses for, apologies, exhortations to threat and menace.”

Hayes also brought up the fact that some Arizona poll watchers have been dressing in tactical gear in recent days, which the panel considered “voter intimidation,” as more evidence of those on the right exhorting “menace.”

Ocasio-Cortez ran with all the host’s premise, agreeing that while there may be violence on both sides, it is mostly coming from White nationalists.

She opened her monologue, stating, “Yeah. I think, you know, I think it is important to acknowledge the point that you said, that political violence can come from all different parts of the political spectrum.”

AOC LAMENTS GOP MOMENTUM AHEAD OF MIDTERMS: WE’RE AT THE ‘PRECIPICE OF FASCISM IN THIS COUNTRY’

A now viral clip of Rep. Alexandria Ocasio-Cortez, D-N.Y. depicted her dancing as hecklers erupted at a townhall in Queens.
(FNTV)

The congresswoman added, “Jamie and I sit, and he is the chair and I’m the vice chair of the House Oversight subcommittee on Civil Rights and Civil Liberties. And we’ve held hearings on this, and there is absolutely no doubt that the data shows that the vast majority of incidents of domestic terror come from White nationalism.”

Describing the dire threat from these people, she declared, “We are really, truly facing an environment of fascism and – in the United States of America. This type of intimidation at the polls brings us to Jim Crow, it brings us back, and harkens back to a very unique form of American apartheid that is not that long past ago.”

AOC concluded, “And we have never fully healed from that. And those wounds threatened to rip back open if we do not strongly defend democracy in the United States of America.”

Rep. Alexandria Ocasio-Cortez, D-N.Y., speaks as she joins abortion-rights activists as they demonstrate following Supreme Court’s decision to overturn Roe v. Wade in Washington, Friday, June 24, 2022. The Supreme Court has ended constitutional protections for abortion that had been in place nearly 50 years, a decision by its conservative majority to overturn the court’s landmark abortion cases.
((AP Photo/Jacquelyn Martin))