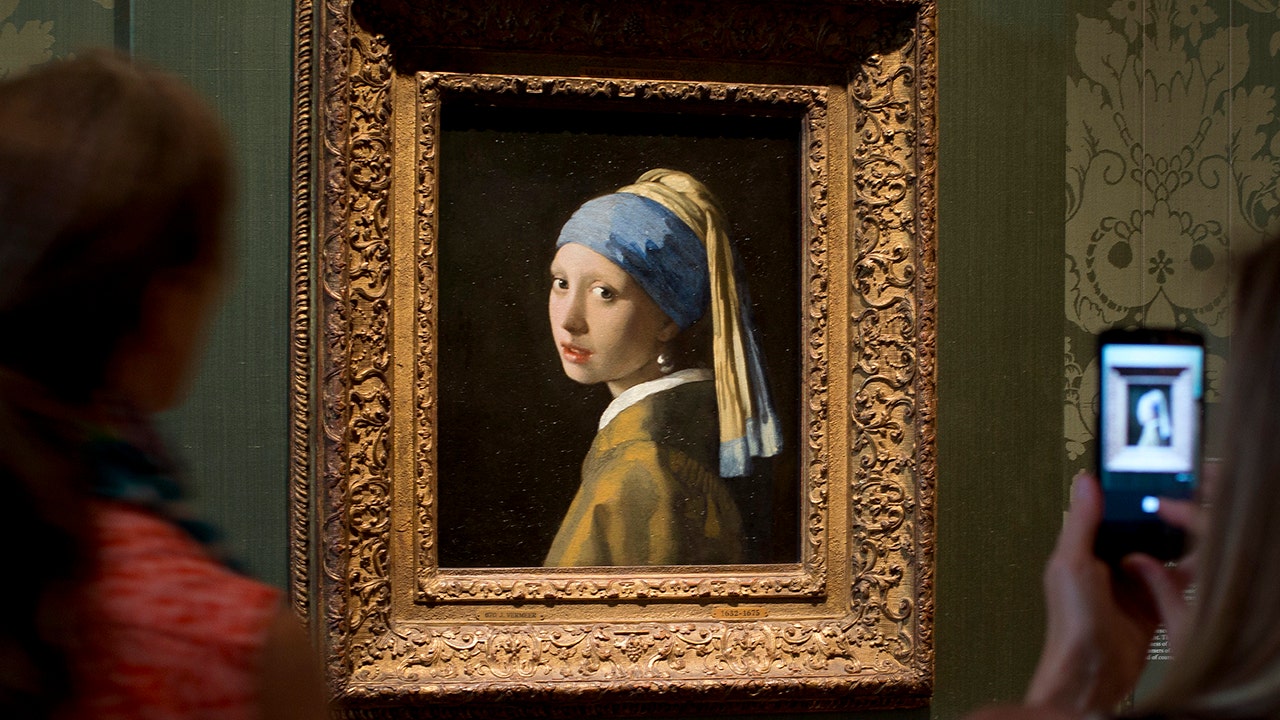 Anti-oil environmentalists in the Netherlands tried to glue themselves to Johannes Vermeer’s masterpiece “Girl with a Pearl Earring” on Thursday in the latest stunt involving iconic works of art.

A visitor at the Mauritshuis museum in The Hague posted a video on Twitter showing one man pouring a can of an unknown red substance over another protester, who appeared to attempt to glue his head to the glass-protected painting.

“The condition of the painting has been investigated by our conservators. Fortunately, the glazed masterpiece was not damaged,” the museum said.

The Vermeer masterpiece “Girl with a Pearl Earring” is protected by glass and was not damaged, the museum said.
(AP Photo/Peter Dejong, file)

He went on to say that the painting is protected by glass as one visitor to the museum shouted, “Shame on you!” Other visitors also showed their disapproval.

Police in The Hague said they had arrested three people for “public violence against property.”

The 1665 work by the Dutch master is only the latest piece of priceless artwork that climate activists have targeted in publicity-seeking stunts.

Earlier this month, climate protesters threw mashed potatoes at a Claude Monet painting in a German museum, and a similar protest happened in London, where protesters threw soup over Vincent van Gogh’s “Sunflowers” in the National Gallery. In both of those cases, the paintings were not damaged.