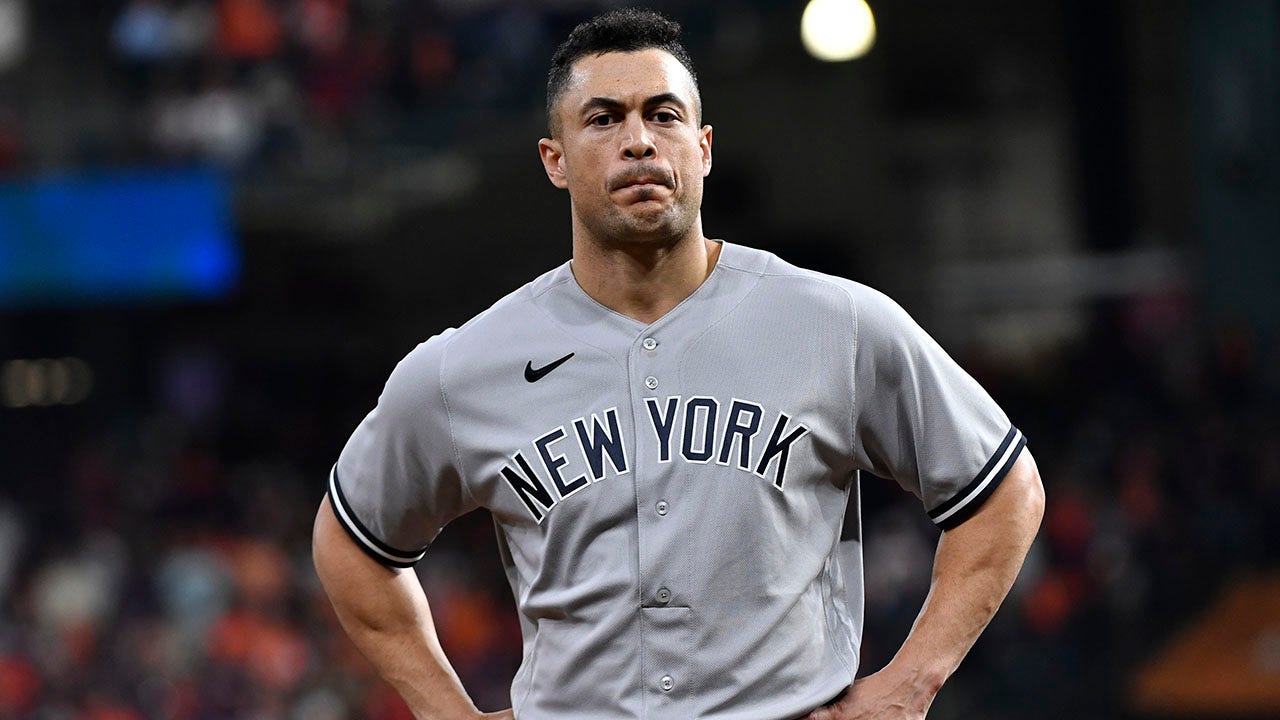 The New York Yankees showed up in Houston, Texas, on very little rest after beating the Cleveland Guardians in Game 5 of the ALDS Tuesday night.

And it showed Wednesday night.

Jeremy Pena of the Astros celebrates a home run against the New York Yankees with Jose Altuve in Game 1 of the American League Championship Series at Minute Maid Park on Oct. 19, 2022, in Houston, Texas.
(Rob Carr/Getty Images)

The Yankees managed just two runs on five hits in Game 1 of the ALCS, losing to the Astros 4-2.

New York had its chances early on, putting two players in scoring position in the top of the third inning with just one out. But Astros starter Justin Verlander locked in, striking out Josh Donaldson and Matt Carpenter to end the threat before striking out the next four batters to fan six in a row.

Those strikeouts were just six of the 17 on the night for the Yankees. Compared to the Astros, who struck out just twice, the 15-strikeout difference between the two clubs is the largest in MLB postseason history, according to ESPN.

Justin Verlander of the Astros walks back to the dugout during Game 1 of the ALCS against the New York Yankees at Minute Maid Park on Wednesday, Oct. 19, 2022, in Houston, Texas.
(Mary DeCicco/MLB Photos via Getty Images)

The 17 strikeouts for the Yankees are also the second-most in a nine-inning playoff game.

“This guy, he has mental toughness,” Astros manager Dusty Baker said of Verlander. “When he’s down and out and it looks like you got him in trouble, this guy, he can dial it up.”

Verlander struck out 11 batters in six innings, setting an MLB record with his eighth double-digit strikeout game in the postseason. Verlander also passed LA Dodgers ace Clayton Kershaw for the most strikeouts in postseason history.

Verlander, the front-runner for the AL CY Young, was shelled in his start against the Seattle Mariners, allowing six runs in four innings in Game 1 of the ALDS.

After allowing a second-inning solo home run to Harrison Bader, Verlander shut it down, giving up just two hits the rest of the way.

“I think you saw what a real Hall of Fame pitcher’s made of tonight,” fellow starter Lance McCullers Jr. said, according to ESPN. “He had a tough start in the DS. You don’t have to beat around the bush; it wasn’t a great start. I know he wanted to do better…. You saw him work all week. He felt like he had some adjustments to make, and he made the adjustments…. In a series where there’s only one off-day, him being able to give us six amazing innings, speaks volumes for who he is as a pitcher and a competitor.”

The Astros and Yankees play Game 2 of the ALCS Thursday night with the first pitch scheduled for 7:37 ET.