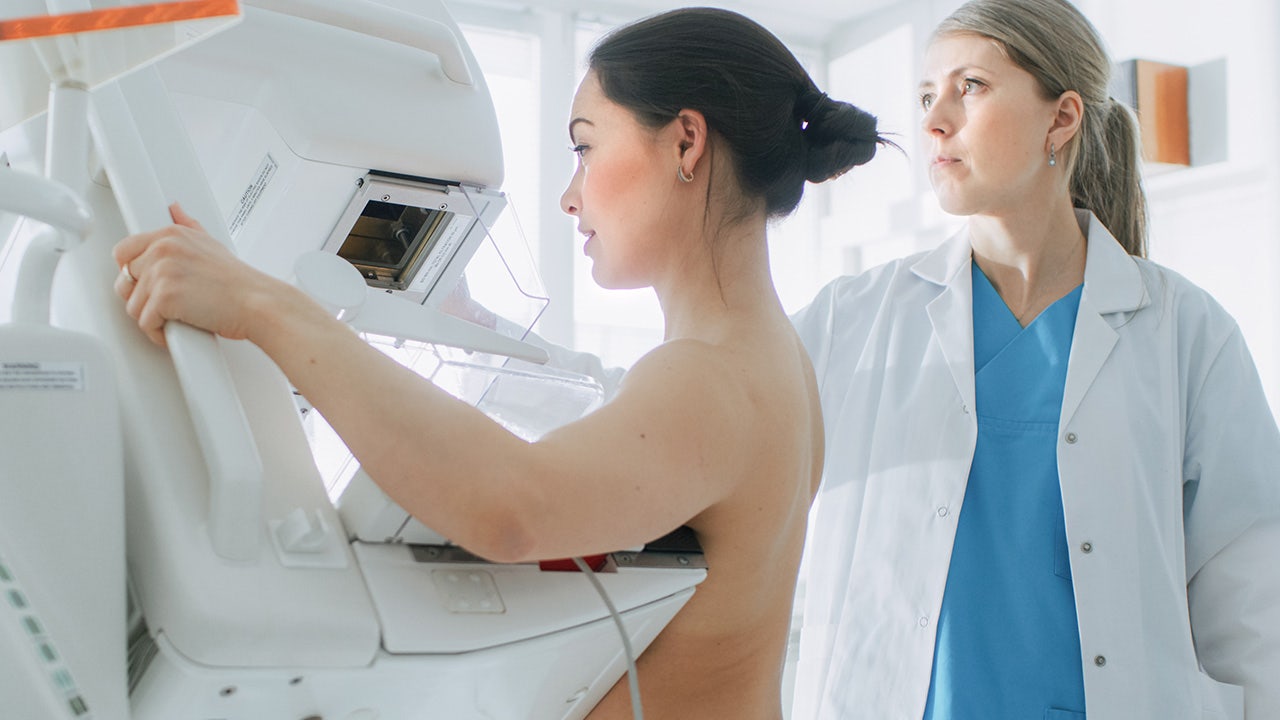 Breast cancer is the second leading cause of death for women, and while doctors have pushed to start screenings at age 40, lawmakers on both sides of the aisle agree that patients aren’t always provided with the insurance coverage and information they need to make the most informed decisions about their potential risks.

Rep. Rosa DeLauro, D-Conn., said she wouldn’t be here today if her ovarian cancer wasn’t detected as early as it was. That’s why the House Appropriations chairwoman is leading the bipartisan push in Congress to arm women with more comprehensive mammography data.

“Women’s lives are stake,” DeLauro told Fox News. “Breast cancer detected in the early stages has a 99% survival rate – that shows how important early detection is.”

Nearly one in eight women will be diagnosed with breast cancer in her lifetime, researchers have said. And medical professionals have agreed that early detection is essential to combating the disease that has killed roughly 43,780 people this year, according to the American Cancer Society.

“At the end of the day, unless we can prevent breast cancer, which is the second big killer, then you know that we will always be, I think, facing some deaths from breast cancer,” Dr. Dorraya El-Ashry, chief scientific officer of the Breast Cancer Research Foundation, told Fox News.

Rep. Rosa DeLauro at a news conference in May 2021.
(Al Drago/Bloomberg via Getty Images, File)

BREAST CANCER AND MAMMOGRAMS: 3 QUESTIONS WOMEN OF ALL AGES SHOULD ASK BEFORE THEIR SCANS

Breast cancer deaths have been steadily declining since the late 1980s, due in large part to awareness campaigns, detecting breast cancer early and better treatment.

Still, the American Cancer Society has warned that the decline in breast cancer’s death rate has slowed in recent years. Between 2015-2019, the death rate among women diagnosed with breast cancer was nearly 20%.

Lawmakers from both sides of the aisle have pushed legislation to provide women with more information about mammograms and their data.
(iStock, File)

“This is not a partisan issue, this is about saving lives,” said DeLauro, who passed the Breast Density Mammography Act in 2019 that requires providers to inform patients if they have dense breasts and need additional screenings.

The Food and Drug Administration (FDA) recently responded to DeLauro’s request, introducing a new rule to “establish four categories for reporting breast tissue density in the mammography report that is provided to the patient’s referring health care provider.”

KATIE COURIC’S BREAST CANCER: WHAT OTHER WOMEN CAN LEARN FROM HER DIAGNOSIS

Often, a women’s annual screening mammogram shows two X-rays of each breast and is covered by insurance. However, if a patient notices abnormal changes and needs additional ultrasounds, those procedures may not be included in their insurance plans.

“I personally had discovered a lump, and when I called up to get a mammogram, I couldn’t believe how difficult it was,” Rep. Beth Van Duyne, R-Texas, told Fox News. “When I did finally get the mammogram, several, several weeks later, after jumping through all the hoops, your normal your insurance didn’t cover the cost so it ended up costing me, you know, a little over $800.”

Van Duyne’s experience led her to throw her support behind the bipartisan Metastatic Breast Cancer Access to Care Act, which would expedite Social Security and Medicare payments for people with metastatic breast cancer. “That would normally have been covered 100%. So I was really shocked by that because if anything… when you find a lump, you want to encourage women to get tested as soon as possible.”

Long before the 117th Congress, Susan G. Komen walks and the iconic pink ribbon branding, women in Congress said they felt the stigma as they sought to spread awareness and bring the conversation to the table.

“People wouldn’t say the words ‘breast’ and ‘breast cancer.’ This was a death sentence for too many women 30 years ago. We have worked together since then to improve everything,” Rep. Debbie Dingell, D-Mich., told Fox News.

Dingell said that although advancements have been made, there is more work to be done. “My goal is that if a breast cancer screening indicates that a woman may have breast cancer, that the diagnostic test, like an ultrasound or MRI… insurance would be required to cover it to determine whether cancer is present.”

Members on both sides of the aisle have agreed that equipping women with the tools they need to prevent cancer begins with access to it.

“I’m just trying to make it easier for women to have access to this type of support in health care, life-saving health care,” Rep. Nicole Malliotakis, R-N.Y., told Fox News about the Metastatic Breast Cancer Access to Care Act. “Congress and government in general should be focused on and trying to assist you in making sure that… they don’t miss a screening because of time or because of money.”

So far in 2022, Congress has introduced three bills related to cancer and earmarked $150 million in funding for breast cancer.

El-Ashry said she hoped some of that funding will go toward research and lead to scientific breakthroughs that will help diminish breast cancer cases.

“Research is the reason we have all the breakthroughs that we’ve had so far,” said El-Ashry. “We clearly need breakthroughs… to help us move ever forward toward that ultimate goal of preventing breast cancer.”

The National Cancer Society reported that nearly four million women have survived breast cancer. Lawmakers across the political divides hope their action can take that number even higher.

Lacey Christ is a producer with “Fox News @ Night.”